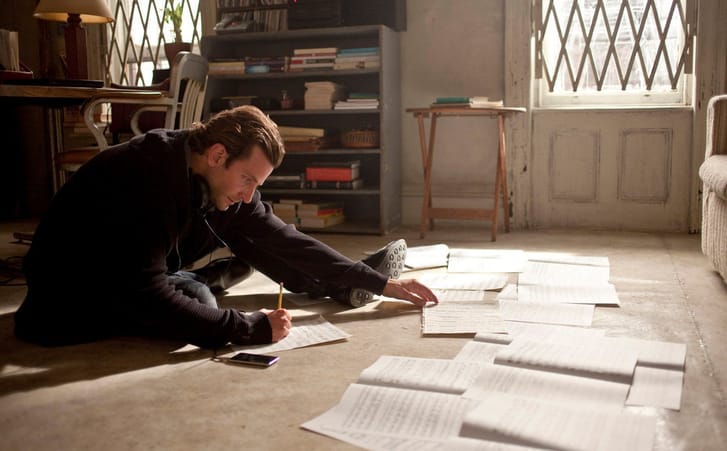 Your First Draft : 9 Essential Steps to Getting it Right

It might not be what you want to hear after months, maybe years, of painstaking screenwriting work. But your first draft is almost certainly only the first stage in the evolution of your screenplay.

Your screenplay’s first draft is an important stepping stone in figuring out the project’s potential, its biggest limitations and what it might look like to an eventual audience.

In essence, your first draft should be where you see what works, what doesn’t, and how to move forward to the next draft.

There are a number of essential steps to remember when approaching your first draft.

This is key. The meaning and purpose of ‘first draft’.

Your first draft is not what you be should sending to agents, companies or competitions. In fact, many such places will specify that they are not looking for first drafts but relatively accomplished, polished works.

With this mind, your first draft can look however you need it to.

However, that might not be your writing process. Perhaps you want your first draft to be more concrete, acknowledging that there will be issues to fix but wanting the primary core to be in place.

Whatever your screenwriting process, one thing is clear – your first draft is not for your ultimate intended audience.

Take a break from it and look at it with fresh eyes, ask trusted friends or colleagues, pay for script coverage and feedback. However you do it, don’t rush your script out before it’s ready.

So what to remember when actually writing your first draft… 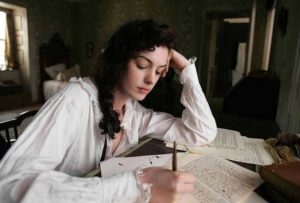 As discussed, every writer’s process is different. However, when starting out you should have at least a basic understanding of your key characters, plot and theme.

Make a note of your initial intentions with your theme, story and characterisation. Then keep checking back in as you are writing that you are staying true to what you intended.

Of course, your intentions might change as you discover more about your story and characters, for example. However, you should make sure this isn’t through accident or taking your eye off the ball.

Writing your first draft is a learning curve for you in terms of finding your script’s shape and content. However, you should try and keep this learning process as organised as possible.

Without doing this, you might get lost from what you originally intended and it will consequently be harder to fix flaws and inconsistencies later on.

In terms of theme, a key way of keeping yourself on track is to remind yourself of the questions you are asking with your theme. Are you providing convincing enough answers to these questions? 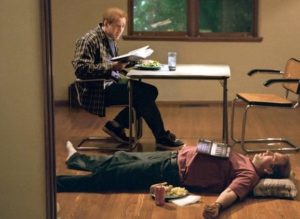 Unless you are working to an externally set deadline, don’t rush to get to the final act and conclusion of your script.

From a script reader‘s perspective, this is an identifiable flaw in a great number of scripts. There might be good pacing to the first and second acts but towards the third act the pace suddenly shifts in a way that feels imbalanced.

The conclusion will consequently feel rushed and leave a damp taste in the reader’s mouth, affecting how they see the script overall.

If you find you’re stuck on how to move your script along, don’t force it. We know you might well be itching to get your script done but a rushed ending can take longer to undo and fix then getting it right in the first place.

If you don’t know how to move the plot forward or join up the dots then go back to the source. Refresh yourself with your initial notes, your initial ideas. Watch or read the stories that might have initially inspired you.

Take a step back in order to take a step forward. 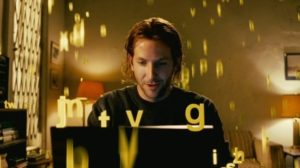 Some writers just like to write. Some take a more measured approach. Either way, it can be a good idea to make it difficult and competitive for ideas, scenes and dialogue to make it in to your script.

This will help you work through ideas and see them on paper before you commit to making them a part of your script. It will help keep your script streamline and clear.

Put your script on a pedestal and make it hard for ideas, characters, dialogue and scenes to get in there. Make them work for it! Make them prove themselves to you separately first before you allow them in your script.

As odd as it sounds, it can be very instructive and helpful to write bad scenes and bad dialogue. Put pen to paper and see what you come up with, then go back and edit.

However, by keeping this kind of writing out of your script at first you will make the process of editing your script, overall, easier. 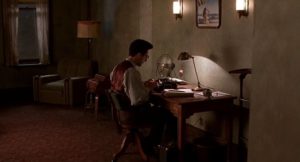 Writing a treatment can be another very helpful and instructive way of keeping your first draft on track. What is a treatment?

A treatment is a piece of prose in between the development of your script idea and the completion of the first draft.

A treatment can also include images and references to other movies and/or TV series that serve as a reference point for how you envision the tone of the script or how it will look as a fully realised feature.

As a result of writing a treatment you will have an objective summation of your script to refer to throughout the writing process. It’s easy to get lost in your own writing and often difficult to see the wood through the trees.

By having a piece of writing that is at somewhat of a distance from your actual script you can check yourself against it, preventing yourself from becoming too buried in the details to not see the overall picture.

6. Nail and Stick to Your Logline

Similarly to a treatment, a logline can be a great way of reminding yourself of the core motivations for your script.

A logline is a concise and striking summary of your screenplay in one or two sentences. It describes the main purpose of your story and makes perfectly clear what the goal of the protagonist is and the stakes of reaching that goal.

So your logline should have in it the essential, broad elements of character, story destination and ideally the stakes. Therefore, it can serve as a perfect reminder to go back to when writing.

First you need to perfect your logline. Check out our essential guide to writing loglines if you need more advice on how to write a great logline. 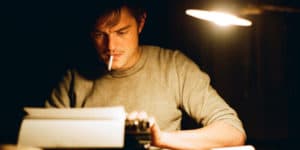 Are your characters as fully realised as you intended? How can they be more layered? These are questions to ask of the characterization within your first draft.

Your first draft is a chance to see how your characters have come to life compared to how you envisioned them initially. Writing outside the script can be a great way of fleshing out your characters.

Write all manner of details about your characters separately from your script, whether or not they make it in eventually.

These are just some of the questions, from the mundane to the profound, that it can be helpful to ask of your characters. It will make them feel like real people. Consequently it will be easier to keep them consistent throughout the script.

Your first draft is the time to get all the dialogue out you want. Let your characters talk! However, be clear that this will not be how your dialogue looks in the finished product.

Dialogue you write in your first draft should rarely be dialogue that wholly makes the final cut. Snippets might make it through but you should take a scalpel to your dialogue, being ruthless in terms of what makes the cut.

So what should make the cut?

It can’t be expected that dialogue within your first draft will always hold up to this standard. Free write your dialogue, getting into the mindset of the characters and letting them talk.

However, don’t become wedded to that dialogue. Be prepared to cut it under the microscope of whether it is serviceable to moving the script and story forward, even if it’s dialogue that you love and are proud of. 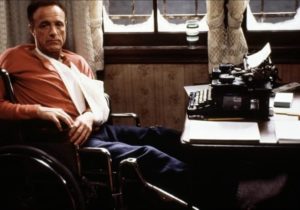 You might not want to set a strict deadline for finishing your script. As mentioned, there is no need to rush unless there is a literal rush or deadline set by someone else.

However, setting goals yourself can be a useful way of stopping procrastination and delay.

In writing your script, try setting some goals along the way. Goals might include:

Writing around a full time job or schedule can be hard and it can be easy to get distracted. Giving yourself manageable, achievable goals to hit makes sure you are achieving some kind of progress, even if sometimes it may not be as fast as you like.

Remember that your first draft is what it says on the tin – a first draft.

Draft: a version of something written or drawn (as an essay, document, or plan) that has or will have more than one version.

Your first draft is when your ideas have first hit the paper. Don’t put pressure on yourself to have nailed all aspects of the screenplay in this first attempt.

Whilst there are no hard or fast rules to how many drafts you should make, any less than three will be rare before you feel ready to part with it and send it out to represent yourself as a writer.

Lots of drafts is nothing to shirk away from or be ashamed of, many writers will take years of drafts to get it right.

The first draft is not you completing your screenplay, it is merely the first step.

Give yourself a break. The expectation that you will have nailed your screenplay in the first attempt is unrealistic.

Sit back, let the script breath and go again.

3 thoughts on “Your First Draft : 9 Essential Steps to Getting it Right”