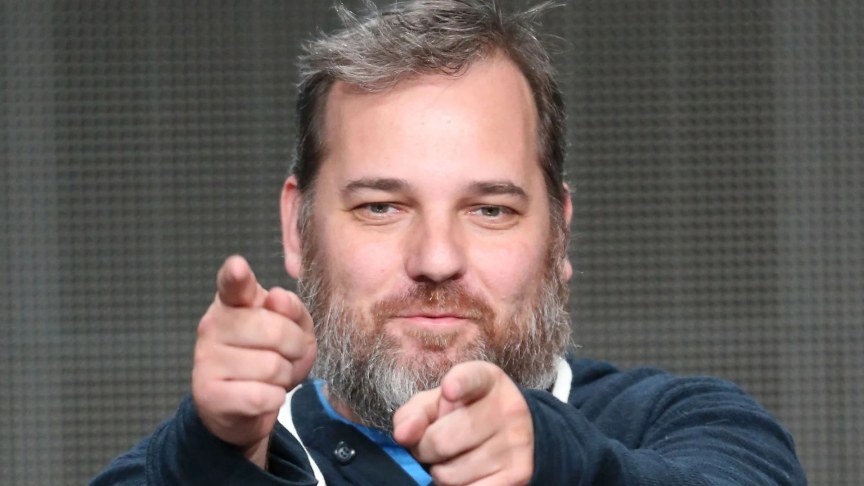 He’s one of the most critically acclaimed comedy screenwriters out there, known most famously for Rick and Morty. In general, Dan Harmon is not afraid to break down barriers and deconstruct the norm when it comes to writing. But how does he do it? Well, we’ve put together 15 Dan Harmon quotes to teach screenwriters about his unique approach to writing as well as his tenacious work ethic and attitude to life.

Born and raised in Milwaukee, Wisconsin, Harmon spent his teenage years performing stand-up comedy. He joined the sketch troupe The Dead Alewives, alongside his friend and fellow screenwriter Rob Schrab. Together the troupe produced an album entitled Take Down the Grand Master. Moreover, they frequently performed at Milwaukee’s Safehouse Free Comedy Stage.

As one of his first ventures into screenwriting, Harmon wrote the comedy science fiction show Heat Vision and Jack, alongside Rob Schrab. The pilot starred Jack Black and Owen Wilson, premiering on Fox in 1999. Although Fox ultimately did not order the show to series, the pilot became a cult classic and gained a large online following. And this helped to establish Harmon as a popular comedy writer.

Monster House, made in 2006, was one of Harmon’s first major works as a screenwriter. The film was nominated for an Academy Award in Best Animated Feature and grossed over 140 Million USD at the box office. The film’s success skyrocketed Harmon’s status in Hollywood, leading him into many other projects.

Among Harmon’s other successes are the aforementioned sitcom Community which ran on NBC from 2009 until 2015, the widely popular Sarah Silverman Programme (2007 – 2010), and the 2008 animated comedy Kung Fu Panda, for which Harmon was an uncredited writer.

But Harmon’s most loved project has to be the adult animated series, Rick and Morty. The show follows the adventures of an ingenious yet cynical inventor and his dim-witted grandson. It first aired on Adult Swim in 2013, garnering excellent reviews and a cult following. In 2018, the show was renewed for a further 70 episodes after Adult Swim reached an agreement with Harmon and fellow showrunner Justin Roiland.

Harmon’s writing is unorthodox, bizarre and always eccentric. Many critics have claimed that his unique style has changed comedy animation as we know it. So, we’ve found 15 fascinating Dan Harmon quotes that teach us all about his unconventional approach to writing. In turn, we highlight how he’s become one of the most successful comedy writers in Hollywood. What can his insight demonstrate about the path to successful screenwriting? We take a look.

1.”When you see something that sucks, you know exactly how to fix it, because you’re an asshole. So that is my advice about getting unblocked. Switch from team ‘I will one day write something good’ to team ‘I have no choice but to write a piece of shit’ and then take off your ‘bad writer’ hat and replace it with a ‘petty critic’ hat and go to town on that poor hack’s draft and that’s your second draft.”

2. “If you’re ever going to be a good writer, then you probably tend to be afraid you’re a bad writer.  Instead of trying to prove you’re good, try to prove you’re bad. At least the ball will start MOVING on the field. I always tell young writers, ‘start proving to yourself how bad you are.’  Make a joke out of it. Write a draft that you know you’re going to throw in the garbage, or show to your friends for a laugh, a profanely irresponsible piece of shit draft that in which you absolutely fight for the team that you REALLY believe in – the one that says you stink. Pretend your Mom keeps asking you ‘why don’t you just finish something,’ and write the thing designed to shut her the fuck up.”

3. “The reason you’re having a hard time writing is because of a conflict between the GOAL of writing well and the FEAR of writing badly. By default, our instinct is to conquer the fear, but our feelings are much, much, less within our control than the goals we set. And since it’s the conflict BETWEEN the two forces blocking you, if you simply change your goal from ‘writing well’ to ‘writing badly,’ you will be a veritable fucking fountain of material.”

4. “There are no normal people, there are just different kinds of weird, all of it is human and all humanity is better than everything inhuman. So I urge you to keep expressing yourself as honestly as you can, and know that the backpedals and second-guesses really aren’t necessary – they don’t hurt but they’re wasting your time – because when you are truly human, as we all are, and when that is your honest message to anyone, you are beyond reproach, there is no way to screw it up.”

5. “None of us are bad people. We float around and we run across each other and we learn about ourselves, and we make mistakes and we do great things – We hurt others, we hurt ourselves, we make others happy and we please ourselves – We can and should forgive ourselves and each other for that.”

6. “Whereas the health of an individual depends on the ego’s regular descent and return to and from the unconscious, a society’s longevity depends on actual people journeying into the unknown and returning with ideas.”

7. “Find your voice, shout it from the rooftops, and keep doing it until the people that are looking for you find you.”

9. “What’s important is passion, investment, and people laughing out loud as they work.”

10. “I was playing the game where I was going to be a great TV or film writer someday and there was nothing else that I thought about, including other people.”

11. “Take it easy. Nothing you do matters as much as you think. Your greatest achievements aren’t yours at all, they’re accidents and jokes. You’re a puppet, the universe does the work, and it gets the most done when you’re moving the least. Surrender, flow, relax. Don’t be so hard on yourself, don’t put pressure on yourself, life is just a chain of experiments and results, and you’ll be perfect when you’re dead.”

12. “I have nothing but love for this entity known as ‘the customer’ in entertainment. I would never, ever, ever put myself above them and say, ‘They don’t get it, but it’s funny, believe me.’ If they’re not laughing, I’m doing my job wrong.”

13. “I always try to use my medium, and if I get into a normal sitcom-writing contest with normal sitcom writers, I’m going to lose.”

14. “Everything I do, in the middle of it, I lose all objectivity. The business of comedy is kind of ridiculous in that respect. Your job is to have a lot of fun in a jar, then sell it. There’s something inherently illogical and impossible about that, but that being said, this is as good as it gets.”

Want to learn more about Dan Harmon’s approach? Why not read up on Dan Harmon’s Story Circle for even more insight? Furthermore, feeling inspired by these Dan Harmon quotes? Take a look at our list of Taika Waititi quotes and Robert Eggers quotes for some more inspiration.

This article was written by Lucas Blaxall and edited by IS staff.