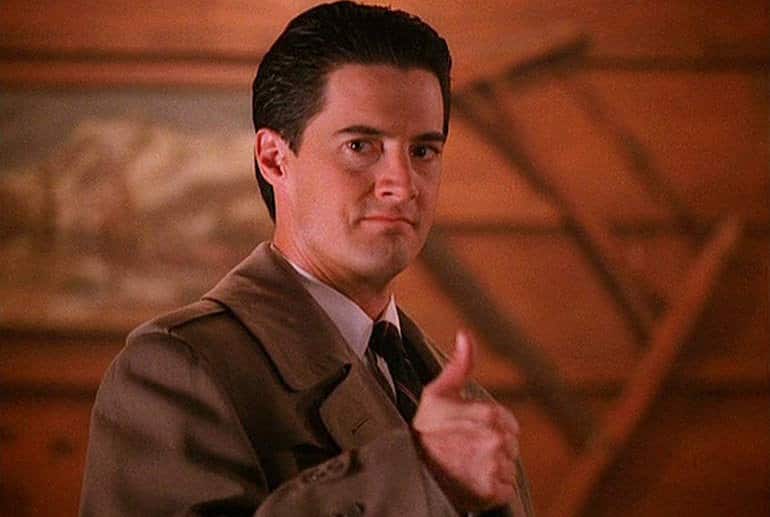 In our Genius Character Reveals series we examine scenes and moments where a film or TV show reveals a tremendous amount of character information in a compressed amount of screen time. This month’s instalment focuses on FBI agent Dale Cooper (Kyle Maclachlan), the lead character from TWIN PEAKS.

TWIN PEAKS is the rare TV show that was a cultural phenomenon when it aired but has only grown in cult appreciation since. Following the show’s cancellation, a prequel feature film TWIN PEAKS: FIRE WALK WITH ME answered some questions while raising many others, and the show itself was revived by Showtime in 2017 for a limited series.

The show follows the investigation into the murder of Laura Palmer, a high school student in Twin Peaks, Washington.

Who is Dale Cooper?

Dale Cooper is an FBI Special Agent sent to the small town of Twin Peaks because a missing girl who was found across state lines has a connection to a local murder.

It turns out Cooper already knows about the killer’s methods, having encountered him before.

Dale Cooper is committed to his job. He tries to do the right thing and see the good in everyone. While he regularly finds wonder in the world, he hasn’t allowed this to blind him to its potential darkness.

The show reveals little  about his personal life or his history from before he arrives at Twin Peaks.

How is Dale Cooper character revealed by the action and dialogue?

Dale Cooper is driving and speaking into a tape recorder, addressing Diane and giving the time and date.

He’s entering the town of Twin Peaks. He admires the trees, quotes W. C. Fields and makes small observations about the weather.

He describes his lunch at Lamplighter Inn as “damn good food.”

Finally, he gets to his work, anticipating meeting Sheriff Harry Truman and finding the right kind of motel:

He drives past a sign welcoming him to Twin Peaks.

I got to find out what kind of trees these are, they’re really something.

What do we learn about Dale Cooper in these scenes?

Convention in detective fiction normally dictates that the protagonist work with a partner or a team.

While prose can be written in first person, allowing a detective to comment on the case directly to the reader, the equivalent device in film (voiceover) is often clunky and overused.

While Dale Cooper later partners with Sheriff Harry Truman, in his introduction he is alone.

Diane is a device through which Dale Cooper can give necessary exposition about the progress of the case (and even simply establish the date and time) and also have an interiority, as with Laura’s diary.

This becomes important as many of the show’s most iconic moments arrive in dreams, visions, and the supernatural.

Dale Cooper’s missives to Diane are a way of bridging these subjective experiences with the objectivity expected in a show centred around a mystery.

– Sheriff, what kind of fantastic trees have you got growing around here? Big, majestic.

These messages also give Dale Cooper a chance to demonstrate his eccentricities. He expresses how much he enjoyed his lunch and how much the trees growing in the area fascinate him.

Dale Cooper treats these normal, everyday occurrences as fascinating mysteries. It’s even one of his first questions to Sheriff Truman.

Conversely, Cooper goes on to be completely unfazed by the strange inhabitants of the town and the even stranger developments in the Laura Palmer case. He accepts the surreal logic of his dreams and investigates them like he would with any other clues.

Unlike, for example, THE X-FILES, another genre mystery show, there are no real sceptical characters in TWIN PEAKS. Dale Cooper, who on first glance would seem an ideal candidate for a sceptic, proves to be the least sceptical of them all.

Dale Cooper is an FBI agent, and readily asserts this authority when it’s called for (as with Sheriff Harry Truman on their first meeting), but always in a friendly way. He comes to embody the side of the show that’s wholesome, optimistic, and nostalgic for the 1950s.

This all makes him the perfect guide to the town’s darker underside. Even though he’s never been there before, it’s clear from his introduction that he somehow belongs in Twin Peaks. 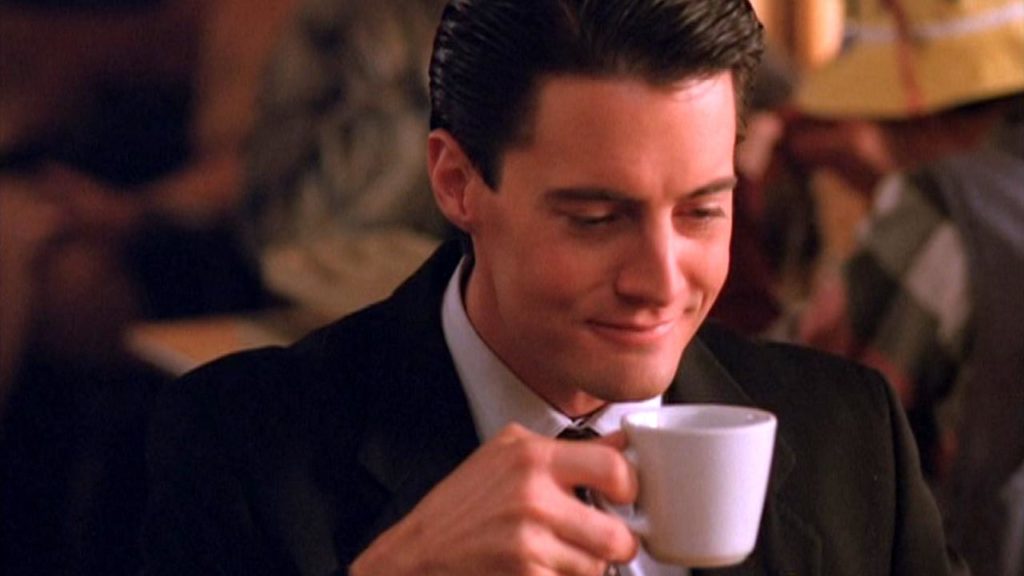 A TV show affords plenty of time to get to know characters over the course of several episodes.

However, as with movies, TV pilots only have one chance for a character to make a first impression.

Additionally, unless a show is commissioned or picked up straight to series, the strength of the pilot will determine whether there will even be a second episode.

(For example, another version of TWIN PEAKS’ pilot was made, one with a definitive ending, to be sold in Europe as a stand-alone film if the series wasn’t picked up.)

Gentlemen. When two separate events occur simultaneously pertaining to the same object in inquiry we must always pay strict attention.

Instead, the pilot introduces Dale Cooper on his own, establishing his character with his own eccentricities, from outside but belonging to Twin Peaks. These qualities are more important than facts about his backstory.

TWIN PEAKS has a mystery, yes, but the mystery is more often than not treated as a red herring through which the show explores its characters.

If you enjoyed this article, why not check out our article about the GENIUS CHARACTER REVEAL of  Holland March (THE NICE GUYS)?