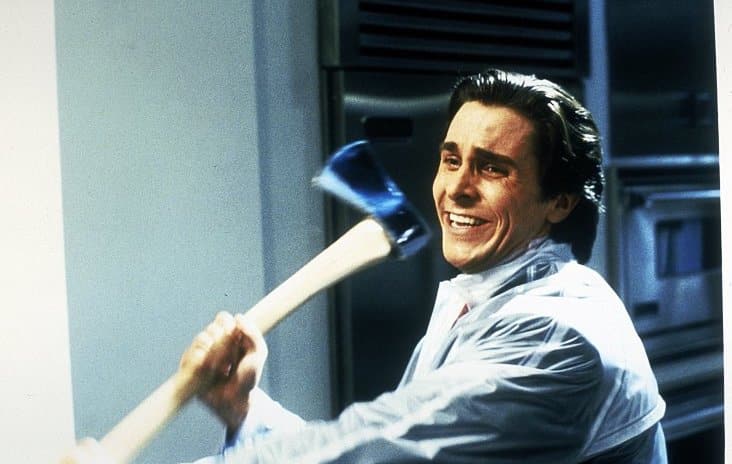 It’s comforting to settle into a story where we can trust the narrator to guide us easily and expertly. The narrator is, after all, the audience’s compass through the story, a framing device on which they can rely heavily. However, not all narrators can be trusted with equal measure. The unreliable narrator can lead the audience down the wrong path either on purpose or by virtue of their personality.

What is an Unreliable Narrator?

So, what is an unreliable narrator? It’s as easy as the name suggests – a narrator of the story that isn’t reliable and, therefore, can’t be trusted.

An unreliable narrator is a first-person narrator of a story that can’t be trusted for a complete or truthful account of that story.

They may be unreliable on purpose, telling lies, for example. Or their unreliability may be an unintentional symptom of their character. Moreover, the unreliable narrator may be apparent to the audience from the start or the audience may not notice the narrator is unreliable until the very end.

This often manifests as a plot twist. Here, the credibility of what we have just watched is called into question or completely upended by the sudden realization that all was not as it seemed. The unreliable narrator can come in many forms. But they are always a source of complexity, throwing the audience off and adding layers to the narrative.

The Different Types of an Unreliable Narrator

These are narrators who purposefully mislead the audience. They fabricate stories either to paint a better picture of themselves or to throw the audience a red herring.

The Usual Suspects provides one of the most compelling examples of this kind of unreliable narrator.

Another example of a purposefully deceitful narrator comes in Gone Girl.

A branch of the liar, an exaggerator may blow the story up or fabricate certain elements of it. They differ from the outright liar in that they may not be being purposefully deceitful in order to mislead the audience/person they’re telling the story to.

However, they will exaggerate certain elements of it, usually so that they come across better. They may, for example, leave out particular parts of the story or make certain parts seem grandiose.

This makes them an unreliable narrator as they can’t be trusted to relate the story truthfully. Instead, they are too subjective, unable to remove themselves and their ego from the narrative and therefore, comprising its authenticity.

Sometimes an unreliable narrator may come in the form of someone who doesn’t know they are being unreliable and isn’t being so on purpose. This might manifest in the form of, for example, a child’s perspective. A child’s perspective will be more raw and unfiltered than that of an adult. That doesn’t mean it’s wrong by any means. But it does mean we have to take it at a slightly different value than that of an adult.

Furthermore, a perspective may be warped by the circumstances of the character at hand. Take Life of Pi, for example.

The story, therefore, overall becomes a powerful meditation on the way that people can handle and filter trauma. The storyteller is an unreliable narrator in the sense that there are differing accounts of what happened. But despite this, the truth of the situation remains via the visceral way in which the fantasy account acts as a balm for what might have really happened.

A great asset of not knowing the narrator is unreliable is that it often leads to a surprising and gripping twist at the moment of learning of this narrator’s unreliability. The story we thought we understood suddenly becomes something very different entirely as the narrator’s grasp on the situation loosens or changes in our eyes.

There’s perhaps no better film to illustrate this than The Sixth Sense.

This kind of unwitting unreliable narrator allows the audience to go on a journey with them. And it can consequently blindside the audience to great effect. The story can’t be built around this plot twist, it has to be compelling in its own right. But when done right, the plot twist can be a fantastic method of shocking the audience and leaving them with something memorable.

Another reason a narrator might be unreliable is due to their state of mind. Perhaps they perceive the world around them differently than they usually would due to an excess of stress or a break in their mental state. Or perhaps the story at hand is depicting a character unhinged from the world around them.

In Fight Club, for example, the Narrator (this is, appropriately enough, all he’s called in the film) seems to at first be a reliable narrator.

In American Psycho, the notion of Patrick Bateman as an unreliable narrator is visible in the extent to which he frames himself.

Both these examples demonstrate the chilling effect that the protagonist‘s mind can have on the telling of the story and the ways in which an unreliable narrator can plunge the audience into this mind.

How Do You Write an Unreliable Narrator?

The narrator has to be unreliable consistently, even if we’re not aware of it till the end of the film. So you must seed your narrator’s unreliability within the screenplay’s first act.

How do you do this subtly without making it clear that this character is unreliable? Well, you should hint at aspects of their character and personality that give clues to their unreliability.

How is the version of the world they are presenting distinctly theirs? Are they, for example, overly focused on themselves and leave others out of the equation often? Are there subtle inconsistencies in what they tell us or others and what we actually see happening in the foreground and/or background?

Take The Sixth Sense, for example.

This is a great example of how to seed a narrator’s unreliability via their general persona and the way they move through the world. We come to accept the story world as normal and therefore don’t question the authenticity of its vessel.

2. Allow For Other Character’s Perspectives

Supporting characters help heighten and sharpen your protagonist‘s personality. Just as in real life – those around us help reflect the true, three-dimensional picture of who we are. And in screenwriting, characters around the protagonist are vital in shaping the true picture of who they are. The protagonist might present one way, for example, only for another character to shine a different light on them.

For an unreliable narrator, supporting characters can be crucial in pointing out inconsistencies in the narrator’s version of events, demonstrating, for instance, just how out of touch they are.

Subtlety is the key when it comes to using an unreliable narrator. If it’s too obvious that the narrator is unreliable then the audience is likely to lose their reason for investment.

So, for this reason, you must merely hint at the narrator’s unreliability throughout the script, saving the full extent of the truth for the third act. Often this unreliability can subtly manifest as character flaws.

Through these character flaws, we begin to question the character’s perfection. Consequently, we may question their account of what we are seeing. It’s not that flaws directly lead to an unreliable narrator, as flaws are inherently a part of all good characters. However, flaws can be a clue as to the general inconsistency of the character we’re watching. They serve as a way of chipping away at the character and portraying a more objective view for the audience to comprehend.

Ultimately, creating an unreliable narrator must be something baked into the very conception and realization of the character. Their unreliability must serve a purpose to the story’s point, themes and narrative style. It can be jarring to have the rug pulled from underneath your feet if it feels like nothing more than a cheap trick intended to shock. But if the subtle seeds of unreliability are there from the beginning, that pulling of the rug can feel like a thrilling jolt.

What is an Unreliable Narrator?

An unreliable narrator is a first-person narrator of a story that can’t be trusted for a complete or truthful account of that story.

What are Some Examples of Unreliable Narrators?

Examples of unreliable narrators include Patrick Bateman in American Psycho, Malcolm Crowe in The Sixth Sense and Amy Dunne in Gone Girl. Whether intentional or unintentional on their part, all these narrators give a skewed account of the story at hand.

What are the Different Types of Unreliable Narrators?

Unreliable narrators may be liars, embellishers or naifs. They may be purposefully lying to the audience or exaggerating and obscuring the truth. Or they may be an unreliable narrator because of naivety (for example, a child’s perspective) or some past pain that makes them unable to represent the truth to its fullest.