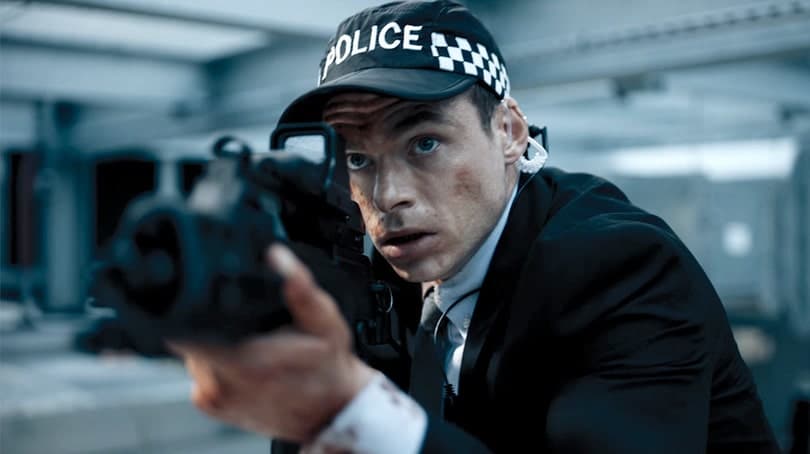 While shows such as The Crown and House of Cards have been recent hits, political thrillers and political dramas have been around since the dawn of storytelling. After all, Shakespeare set many of his greatest plays amongst the halls of the politically powerful.

Audiences have always been fascinated with gaining an insight into the world of politics. From stories set inside the White House, a Royal Court or the CIA. These stories get to the heart of conflict and to great drama.

But how do political thrillers and political dramas compare? What are the key elements of each genre and how are they different? We investigate…

What is a Political Thriller?

Most simply, a political thriller can be defined as…

A thriller set against the backdrop of a political power struggle.

Political thrillers deal with conflicts of a political nature. As soon as the world of politics hits the screen, audiences can expect suspenseful plot-driven stories. The stakes can’t get any higher than the fate of the whole world, right?

Political thrillers can include, but are not limited to, the following…

So, why are political thrillers so popular?

What is important to note is that political thrillers usually don’t attempt to change an audiences’ political view, or inflict a writer’s personal opinion on an audience. Instead, they explore the possibilities of politics in certain historical and contemporary climates.

What is a Political Drama?

A political drama can best be described as…

Where there’s politics, there’s drama. We only have to look at the state of the news currently to understand that. So it’s no surprise that political dramas have always been popular and continue to mark their place within the industry.

It’s a genre that certainly a lot of people can relate to. Everyone in the audience can imagine the impact national or international political decisions can have on the entire world.

Political dramas frequently refer to history, international politics and events of great political significance. More often than not, these are events that an audience can recall within their own lifetime. The audience can also understand what is at stake here as these events would impact them if it were a real scenario. Hence, they may emphasise with the pressures leaders face with when dealing with such wide-scale conflict.

Political dramas can explore the following…

The higher the stakes, the more drama that ensues. All political events and scenarios have heightened stakes, so lots of drama can be expected. Political dramas focus on a select few characters to explore how this drama personally affects them and their lives.

Regardless of how this impacts the world, an audience will almost always be more invested in a character’s personal journey (character arc). While an audience can relate to the impact of worldwide political events, they can arguably relate more to the emotions of an individual character.

How Do Political Dramas and Political Thrillers Compare?

The Definition of a Thriller…

Thrillers are characterized and defined by the moods they elicit, giving viewers heightened feelings of suspense, excitement, surprise, anticipation and anxiety.

In regards to political thrillers, these feelings arrive as a result of political events. More often than not these are worldwide or national events that would affect millions of people.

An audience can expect to feel the full extent of a thriller when the stakes involve global catastrophe. The anxieties explored in political thrillers play on the real-life anxieties that the general population may feel about politics and how heavily it can influence the world.

The Definition of a Drama…

Drama is a genre that relies on the emotional and relational development of realistic characters.

The genre of drama is broad and encompasses a range of sub-genres. More often than not, the essence of the story explores a character facing issues stemming from themselves, others or forces of nature. In the case of political drama specifically, the conflicts arise out of political tension, corruption or change.

Drama arguably centres more on the personal and emotional responses of a character than suspenseful action sequences (as seen more in thrillers). However, don’t all good stories explore their protagonists in this depth? Shouldn’t all good characters be emotional and realistic to a certain extent?

All forms of television and film are essentially forms of drama. This suggests there is a clear crossover between political thrillers and political dramas. But where do the lines actually blur? Let’s take a look at the main similarities and differences…

So, What Actually Are the Differences Between Political Dramas and Political Thrillers?

So we’ve established how these two sub-genres compare. But how does this work in practice? Can we easily define what’s on our screen? Or do these shows incorporate elements from both political thrillers and political dramas?

Let’s take a look at a few examples…

Following an attack on the State of the Union, Thomas Kirkman, named as the designated survivor, is catapulted into the Presidential Seat. Originally the Housing and Urban Development Secretary, Kirkman is tasked with leading the country amongst chaos.

Centred around the reign of Queen Elizabeth II, The Crown offers an insight into the British Royal Family from the mid-1940’s.

In one of the most exciting political thrillers of recent times, war veteran, David Budd, is tasked with protecting the Home Secretary, Julia Montague. With controversial ideas, many of which Budd himself despises, Julia becomes the target of a terror threat.

One of the most famous and original TV political thrillers, 24 is structured around twenty-four episodes in real-time. Each series of 24 follows Jack Bauer over the course of one day as a counterterrorism agent.

Following a tip-off regarding an American prisoner working for Al-Qaeda, CIA officer, Carrie Mathison, follows her suspicions that Nicholas Brody, a prisoner of war, has been turned by the terrorist group.

Audiences love tension. It’s what keeps them coming back. But at the same time, they need to be able to invest in a character. They do this best by relating to a character.

This doesn’t mean to say that audience members know how it feels to work in a counterterrorism unit. Instead, audiences can best connect with characters that experience an emotional journey. As seen with the likes of Jack Bauer. Most audience members can relate to his ongoing feelings of grief, betrayal and struggling relationships, even if his job is something they can’t imagine doing.

What is a Political Drama?

A political drama is a drama set within a political context. Whilst political machinations serve as the main story context, it’s the human drama of the characters that sustains the narrative.

What is a Political Thriller?

How Do Political Thrillers and Political Dramas Compare?