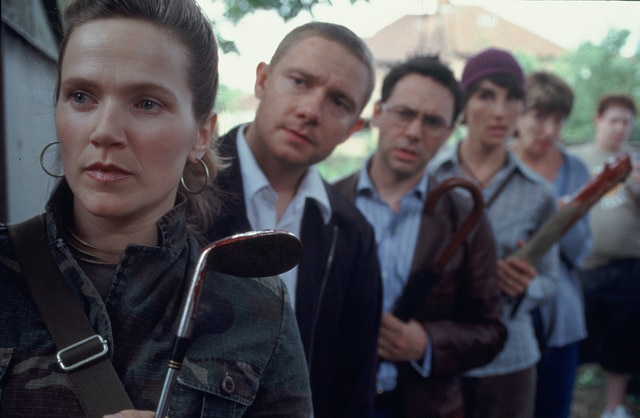 One facet of screenwriting which causes writers enormous headaches is conveying a lot with a little. Studying great minor characters is one way of learning this kind of efficiency.

The best minor characters can be just as rich as main characters. Ideally they should feel like they exist and live entire lives, even when the camera is not on them.

They can be used to reinforce themes, to complement or contrast the protagonist‘s arc, or to motivate plot. Here are ten minor characters who have great arcs that deeply enrich the films they appear in.

Michael Mann’s crime epic is full of brilliantly realised minor characters, not least Donald Breedan. The speed with which he accepts Neil’s (Robert DeNiro) offer shows how little the non-criminal world has to offer people like him. For his enthusiasm, however, he pays the ultimate price. It raises the question of whether anyone truly can leave a life of crime behind.

ROOM, like the book it’s adapted from, is told from Jack’s perspective. This means some scenes unfold in unexpected ways or aren’t shown at all. For example, some of Nancy’s reunion with Joy isn’t shown because Jack is asleep.

Joy’s return to the world is traumatic for everyone. It forces Nancy to deal with her non-supportive ex-husband, her suicidal daughter and her grandson, who’s resentful of leaving room, his home. Much of this story, however, unfolds in the background.

Yvonne’s arc contrasts Shaun’s. Shaun isn’t grown up at all, and his efforts to save his friends and family actually make things worse, causing most of them to die. When they meet again in the middle of the film, her group appear to be faring much better than his.

At the end, however, she appears to be the only survivor. This suggests that maybe Shaun hasn’t done such a bad job after all.

In a very short amount of screentime, Peter Guillam’s hidden homosexuality and his tragic arc have a highly emotional impact on the audience. In a film where characters play everything very close to their chests, it’s a rare moment of pure vulnerability.

That Peter is forced to choose between his personal and professional life reflects the choice other characters, including Smiley, faced years ago.

THE TRUMAN SHOW is constantly playing with what it means for an emotion or an experience to be genuine. The unscripted reappearance of his father threatens to derail Truman’s world, and Cristof tries to stop it by any means possible.

His father can no longer live the lie, as he was hired to do, and wants a real relationship with Truman. However in order to get close to him, he’s presumably made an agreement behind the scenes to have this reunion filtered through a TV event, allowing his real emotions to be co-opted and turned into semi-scripted entertainment.

There are many dangers in the prison in THE SHAWSHANK REDEMPTION, but it’s the idea of being “institutionalized” that’s perhaps the most disturbing.

Brooks, introduced as a kind and gentle old man, ultimately will go to any lengths to avoid leaving prison, to avoid coping with the real world. Minor characters like Brooks are a stark reminder of the future Andy and Red face.

Pirates of the Caribbean: The Curse of the Black Pearl Official Trailer 1 (2003) HD

7. Commodore Norrington (Jack Davenport), THE PIRATES OF THE CARIBBEAN: THE CURSE OF THE BLACK PEARL

Commodore Norrington is a stuffy establishment figure. Minor characters like him are normally just there to make the pirate characters look more exciting. Compared to Barbarossa (Geoffrey Rush), he’s not even that significant as an antagonist.

However, his arc becomesas important as that of any other character. At the end of the film, rather than pulling his rank, he chooses to let Elizabeth go so she can marry Will. He also gives Jack Sparrow a day’s head start.

Over the story, he has gained a newfound appreciation for pirates and their code even if, officially, he still opposes them.

school of rock battle of the bands(GREAT QUALITY)

One of the triumphs of SCHOOL OF ROCK is how quickly and effectively it portrays the struggles the kid characters face, most of which are minor characters. All it takes is that one overheard interaction between Zack and his father to establish everything the audience needs to know about his home situation and the pressure he’s under.

Zack, like Dewey, finds his refuge in rock music, and his passion helps heal his relationship with his father.

9. Osgood Fielding III (Joe E. Brown), SOME LIKE IT HOT

Like the other rich bachelors of his ilk, Osgood is in Florida to find himself a wife, partly at his mother’s insistence. When he sees Geraldine, however, his plans change. He plays a long game, the goal of which is not immediately clear but is definitely hilarious.

The iconic final line, “Nobody’s perfect,” turns the tables on Jerry, who thought he was taking advantage of Osgood for his money, and the audience.

Like ROOM, E.T. THE EXTRA-TERRESTRIAL is told from a child’s perspective. However, this doesn’t mean the adult world or its minor characters have lost any of their complexity.

After a difficult divorce, Mary is navigating the tricky responsibilities that come with being a single parent. She ultimately comes to trust and support her son, who is growing into a young man.