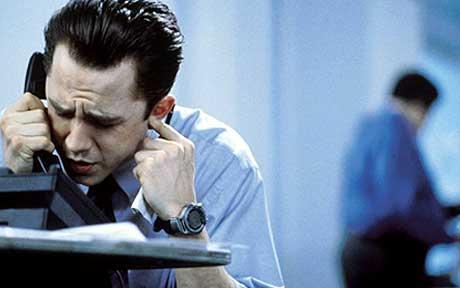 The film: Before THE WOLF OF WALL STREET, writer & director Ben Younger looked at the world of high-pressure broker rooms – inspired by the very same Jordan Belfort who provided the anchor for Scorsese’s Oscar-nominated flick. 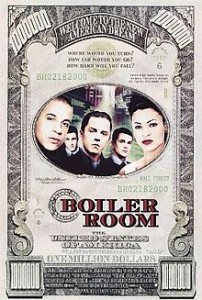 The plot: College dropout SETH DAVIS (Giovanni Ribisi) runs an illicit casino where he meets a seeming high-flyer who gets him into the world of stock-brokering. Having drunk the kool-aid, Seth is all in on the job – until he finds out that the company he works for pushes fake or expired stocks to unassuming citizens – will he turn informant and bring down the company?

The scene: How do you sell? Selling is at the heart of Seth’s career. So what happens when a salesman calls a salesman? Seth takes a call at home from a magazine subscription CLERK, berating him for his poor form. But instead of hanging up, Seth coaxes the Clerk into giving a better sales spiel – before turning down his offer anyway.

Why it’s unheralded: Overshadowed now in popular culture by WOLF OF WALL STREET, and a quieter scene without a significant stake.

Why it’s great: This is a skills scene – showing off Seth’s skill set. But rather than put him in his work environment where he would be the salesman, it comically inverts the scenario so that Seth is the one being sold to. This has the added function of turning Seth into a mentor within the scene’s dynamics – elevating him up the hierarchy. The movements of the scene are sturdy – Seth about to hang up before issuing a new challenge, and the final sting in the tail as Seth rejects his budding protege anyway. The scene also foreshadows problems Seth will have in dealing with his own customers.

If you enjoyed this article, why not check out our Unheralded Scene: PULP FICTION (1994)?