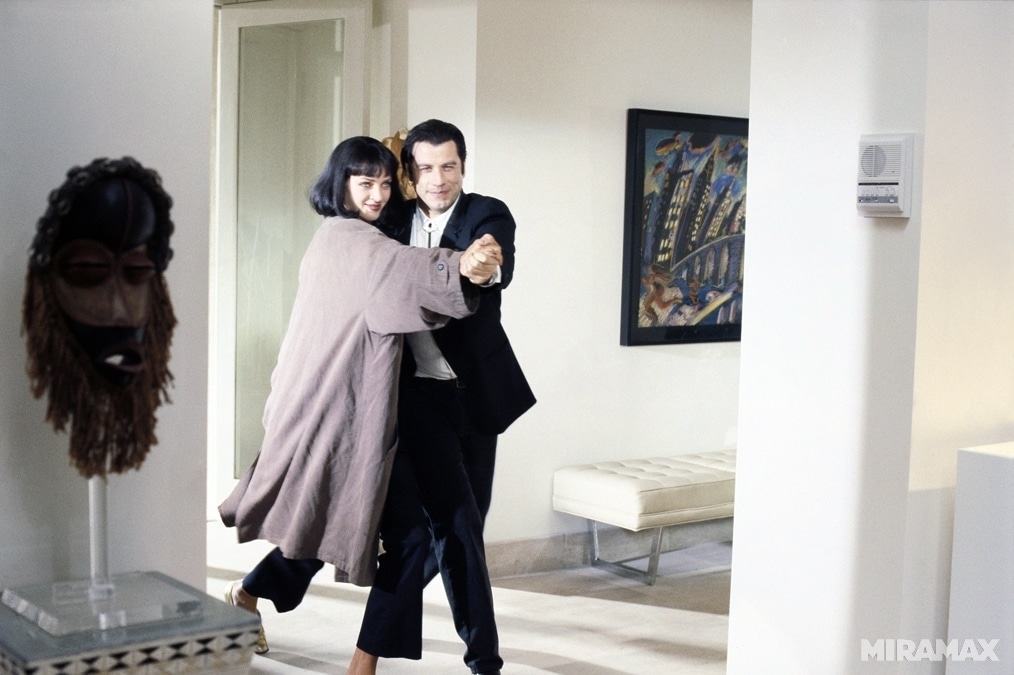 The film: A film that needs no introduction, PULP FICTION is the movie that cemented Quentin Tarantino’s reputation as the enfant terrible of ‘90s American cinema, winning the Palme d’Or at Cannes in 1994 and an Oscar for best original screenplay whilst causing outrage and admiration in equal measure for its daring structure, unabashed violence and inventive reimagining of the crime drama. 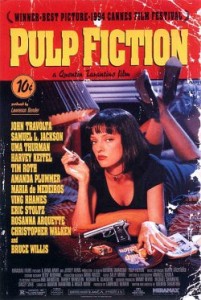 The plot: Essentially several short films woven together in non-linear fashion and presented in “chapters” that reinforce the illusion of a piece of genuine pulp fiction, the film tells us of  Vincent Vega, a gangster’s henchman who suffers an eventful night out with his boss’ wife; Butch Coolidge, a prize fighter in trouble after he fails to throw a boxing match; and Jules Winnfield, who along with Vincent ends up using the services of The Wolf, a “cleaner”, when they accidentally blow the head off a young informant and need to get rid of the evidence. A uniquely stylish and referential portmanteau of different crime stories, the film was steeped in movie history whilst simultaneously being unlike anything else that was out there…

The scene: PULP FICTION overflows with memorable scenes, from the opening “Everybody be cool this is a robbery” diner heist with Pumpkin and Honey Bunny to the toe-curling gimp scene where Marsellus Wallace “gets medieval”. Indeed part of the genius of Tarantino’s writing is that almost every scene has something special about it. Given that a big part of the film’s success lay in its brilliant soundtrack, we’ve chosen a small but perfectly formed scene based around Urge Overkill’s “Girl You’ll Be A Woman Soon”. Everyone remembers the song, but what about the scene itself…?

Why it’s unheralded: This scene is a pivotal moment in Vincent Vega’s story. Vincent (played by John Travolta) has just brought Mia Wallace (Uma Thurman) back to her house, and the scene finds him the height of his internal conflict, torn between his attraction to her and the certain knowledge that acting on that attraction would mean almost certain death if ever his boss, Marsellus Wallace, found out. With none of the memorable lines that characterise the rest of the movie, and overshadowed by what happens next (the famous scene of Vincent using an adrenaline shot to save Mia’s life), it’s easy to overlook how important the scene is…

Why it’s great: What’s great about the scene is its sheer simplicity. Tarantino lets the music do a lot of the heavy lifting as, beneath a song whose lyric and mood both reinforce Vincent’s yearning for Mia, the scene juxtaposes her dancing sexily as she waits for Vincent to emerge from the bathroom while he tries to decide how to play the moment… It’s a classic comic device, cross-cutting between two characters working out whether to pursue their romantic interest in one another, and the use of the mirror in the bathroom as Vincent talks to himself helps establish his conflicted nature. But what really makes the scene so clever is how it sets up one thing – a sexual tension – and then spins the story off in a completely different direction with a fantastic reversal: that, bored waiting for Vincent to emerge, Mia takes a line of heroin that causes a near-fatal overdose. It’s a classic case of the hero’s flaw (a combination of vacillation and an inability to resist a beautiful woman) leading to the worst crisis imaginable, and while the scene itself may often get forgotten, what it sets up is a major narrative high point in the movie as a whole.

If you enjoyed this article, why not check out our Unheralded Scene: GOOD WILL HUNTING (1997)?