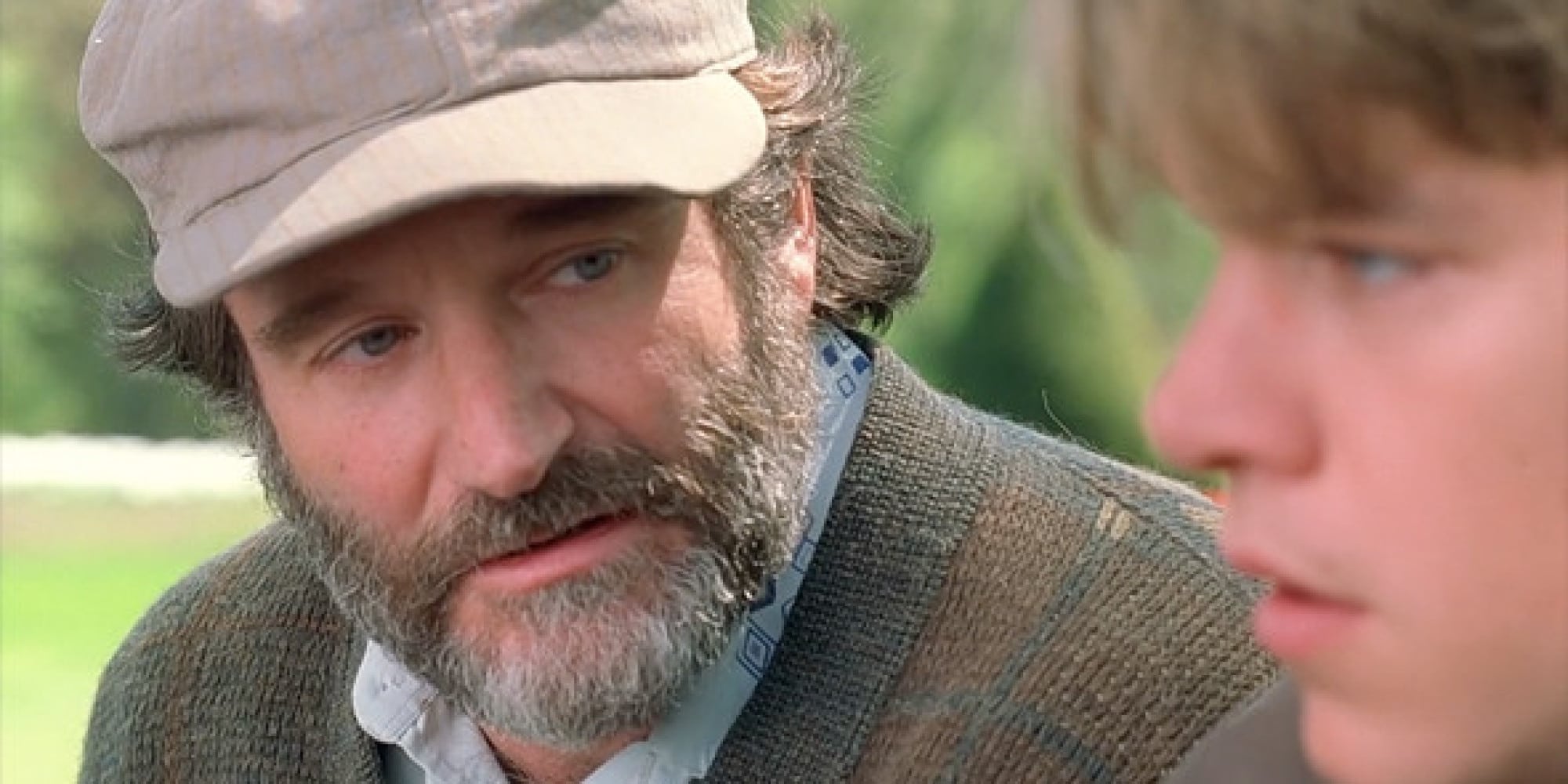 The film: GOOD WILL HUNTING (1997), the film which gave the world Matt Damon and Ben Affleck and gave Robin Williams his Oscar. Written by Damon & Affleck (with rumoured help from William Goldman) and directed by Gus Van Sant, the script is a great example of the role of development – originally written as a thriller about a smart Boston kid targeted by the FBI to become a G-Man, execs instead pushed the script toward the emotional relationship between a maths prodigy and his therapist. 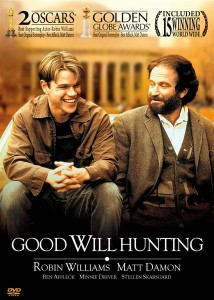 The plot: Boston jack-the-lad Will Hunting (Matt Damon) drinks, fights and works manual labour jobs – including janitorial work at the prestigious MIT university. But beneath the cocky exterior is a prodigious intellect, as Will cheekily solves maths problems set by Professor Gerald Lambeau (Stellan Skarsgard). After Will is arrested for a brawl, Gerald bails him out into his care, but needs to break through Will’s psychological problems to unleash his potential. Enter Gerald’s old friend , therapist Dr. Sean Maguire (Robin Williams), a one-time prodigy of his own whose career has not followed Gerald’s illustrious path. Sean coaxes Will into opening up and addressing his ghosts, though his future path is not clear – will he pursue maths greatness as Gerald hopes, or follow his heart as Sean hopes?

The scene: As Sean and Gerald clash over Will’s heart and mind, the pair meet to discuss his future – Gerald looking to take a very hands-on approach as Sean advocates letting Will decide freely – is Gerald trying to give Will guidance or is he manipulating him? The debate goes through some striking examples of young minds given the chance to develop as Gerald states his case in the form of Albert Einstein, whilst Sean rebuts him with the example of one time maths prodigy Ted Kacynski, who went on to achieve notoriety as the dreaded Unabomber.

Why it’s unheralded: Amidst many standout scenes – Will putting down an arrogant schmoozer in a bar, or Sean opening up his heart to show Will just what a scared kid he really is and Minnie Driver’s dirty joke – this little gem goes unnoticed.

Why it’s great: The strategies involved in the back and forth – Gerald’s use of a ‘bet’ to highlight his point that Will could join the great minds of the 20th Century – beautifully rebutted by Sean’s argument that developing great minds can lead to tragedy, as in the case of the Unabomber. The analogy lifts this above mere argument, and many fledgling screenwriters could immensely improve the power of their scenes by finding the gimmick which best expresses their idea in a memorable way.

If you enjoyed this article, why not check out our Unheralded Scene: THE MACHINE (2013)?