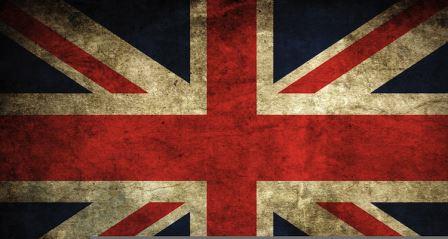 As in previous years, the UK and Irish film community have compiled a list of their most liked and recommended unproduced screenplays that make up the Brit List Scripts 2011. Out of over 160 screenplays nominated the projects below achieved the 3 votes or more needed in order to appear on the list.

In order to qualify for the Brit List Scripts 2011, a screenplay had to:

a) receive 3 or more votes
b) be unproduced (not shooting) at the time of the list’s circulation
c) be written by any writer who is non US, and
d) not have featured on previous Brit Lists

Where known, producers have been named alongside the screenplays. Genre and summary information has also been provided at the discretion of the producers involved with the projects that have secured a place on the Brit List Scripts 2011.

Every effort has been made to supply accurate information, and apologies are made in advance for any inaccuracies or misspellings.

10 VOTES
THE CALL UP by Charles Baker (Marjacq)
Producers: Stigma Films
Genre: Sci-fi Horror
Summary: A group of online gamers are invited to trial a state-of-the-art virtual reality sim, but what starts out like a dream encounter with cutting edge video technology – a perfect representation of soldiers in a warzone – takes a turn for the sinister when the stakes are raised to fatal. These masters of the shoot ’em up will have to fight for their lives within a game gone too far: this time it’s for real.

ORDINARY THUNDERSTORMS by William Boyd (The Agency)
Producers: Origin Pictures/BBC Films
Genre: Thriller Summary: An innocent man on the run across London is forced to go underground in an attempt to evade his dangerous pursuers. Based on William Boyd’s internationally best-selling novel.

7 VOTES
LILTING THE PAST by Hong Khaou (unrepresented)
Producers: Dominic Buchanan
Summary: A story about loss, memory, love and intimacy. A mothers attempt at understanding who her son is after his untimely death.

TUSK TUSK by Polly Stenham (Alan Brodie Representation)
Producers: Origin Pictures/Film4
Genre: Drama
Summary: When three children are left to fend for themselves in a London flat, things start to spiral out of control. Based on Polly Stenham’s critically acclaimed stage play.

X+Y by James Graham (Curtis Brown)
Producers: Origin Pictures/BBC Films/ Minnow Films/BFI
Genre: Drama/Coming-of-age
Summary: A funny and moving rites of passage drama that charts a teenage prodigy’s journey to the Mathematics Olympiad, and his quest to find a formula for love.

4 VOTES
BAD TRAFFIC by Jay Basu (ITG)
Producers: David Gerson, Nick Wechsler and Rory Gilmartin
Genre: Crime Thriller
Summary: Former Chinese cop, JIAN arrives in London seeking revenge on snakehead criminal BLACK FORT, the man he holds responsible for the murder of his daughter. British undercover cop RAY picks up his trail, and must decide whether to stop Jian or let him do his dirty work for him.

BURNTHAVEN by Sebastian Foster (United Agents)
Producers: Cloud Eight Films
Genre: Action/Western
Summary: A Federal Marshal tracks his best friend’s murderer through the Utah badlands to an outlaw stronghold. To bring his man to justice, he must first take out 23 of the most lawless fugitives in the land – and their leader, a shadowy figure from his past.

LIKE A VIRGIN by Catherine Shepherd (Curtis Brown)
Producers: Kate Ogborn/Fly Film
Genre: Coming-of-age/Comedy
Summary: Mary is off her head on a night out when she is visited by the angel Gabriel who tells her that she has been chosen by God to give birth to the next Messiah. This time the Messiah won’t be born to a virgin. What happens when a girl who isn’t ready to grow up is chosen to save the world? ‘Like a Virgin’ is a coming-of-age comedy about the search for the sublime in the ridiculous, the meaningful in the mundane and the desire to believe in something bigger than ourselves.

TESTAMENT OF YOUTH by Juliette Towhidi (Casarotto)
Producers: Heyday Films/BBC Films
Summary: An adaptation of the classic First World War memoir by Vera Brittain, which tackles youth, hope, dreams, love, and loss, and tells the personal story of how one woman faces the tragedy of war, and rises above it.

3 VOTES
AVAILABLE LIGHT by Amber Trentham (Casarotto) and Thomas Carty (Casarotto)
Producers: Altered Image Films
Genre: Romantic Thriller
Summary: Joseph, a young ex-gardener is paralysed in a bike accident and his life seems all but over. When he is abducted by a brutal brothel owner to service the voyeurism of a perverse client Joseph’s life seems to have entered a deeper stage of hell. But Joseph and prostitute Ingrid fall in love and together plan to escape.

THE BUCCANEERS by Heidi Thomas (The Agency)
Producers: Ruby Films/BBC Films/BFI
Genre: Romantic Drama
Summary: Adapted from Edith Wharton’s classic, the story captures the adventures of three wealthy American girls. Unable to gain acceptance in the WASP-y East Coast society, they are taken by their English governess to hunt for titled husbands in her home country, where many an impoverished Duke and Earl will look fondly at an American girl with a fortune, wherever that fortune comes from…They soon find however that they may have bitten off more than they can chew, and Laura, the governess, is forced to make some hard choices to make things right.

THE CHINESE BUSKER by Trevor Preston (The Agency)
Producers: Kennedy Mellor Limited
Genre: Thriller
Summary: Dumas is a man without a history; a ghost operating in that no-man’s land between legal and criminal; a genius at providing unscrupulous corporate raiders with devastating information plucked from the air. Hirst is his final customer and becomes his nemesis.

THE GOOD PEOPLE by Nicholas Horwood (Berlin Associates)
Producers: Escape Films
Genre: Horror/Drama
Summary: An American writer moves to rural England to escape his demons, only to find that he is haunted by a very real danger instead.

MISS YOU ALREADY by Morwenna Banks (The Agency) and Paul Andrew Williams (United Agents)
Producers: Embargo Films/Salt
Summary: Miss You Already is a film about love, loss and laughter.

A MOST WANTED MAN by Andrew Bovell (HLA)
Producers: The Ink Factory/Potboiler Productions/ Film4
Genre: Thriller
Summary: Adaptation of John le Carré’s bestselling novel. An enigmatic figure arrives in Hamburg with unclear objectives and the keys to a safe deposit box containing a fortune. He sweeps an embittered spy, a British banker and an idealistic young lawyer into a thrilling and moving mystery about his identity.

OUR KIND OF TRAITOR by Hossein Amini (Curtis Brown)
Producers: The Ink Factory/Potboiler Productions
Genre: Thriller
Summary: The lives of a young couple are changed forever after a chance encounter with a charismatic Russian oligarch. The man turns out to be the number one money launderer for the Russian mob, and his days are numbered unless the couple can come to his rescue. Based on John le Carré’s bestselling novel.

THE SLACKFI PROJECT by Howard Overman (ITG)
Producers: Matt Tolmach/Sony Columbia Pictures
Genre: Comedic Thriller
Summary: A hapless and broken hearted barrista is visited by two bad-ass soldiers from the future who tell him mankind is doomed and he alone can save them.

TAKING OFF by David F Shamoon (unrepresented)
Producers: Met Film Production
Genre: Road movie/Comedy
Summary: A funny and truthful road movie about a 50-something couple whose failing marriage is driven to its limits as they cross the US to get to their son’s wedding.

WALKING ON SUNSHINE by Joshua St Johnston (Alan Brodie Representation)
Producers: Vertigo Films
Genre: Musical
Summary: Set in the sun drenched Mediterranean, mother and daughter unwittingly fall for the same guy in this contemporary musical that features the greatest tracks from the 80’s.

If you enjoyed this article, why not check out our article: The Brit List Scripts 2013?

– Struggling with a script or book? Story analysis is what we do, all day, every day… check out our range of services for writers and filmmakers here.