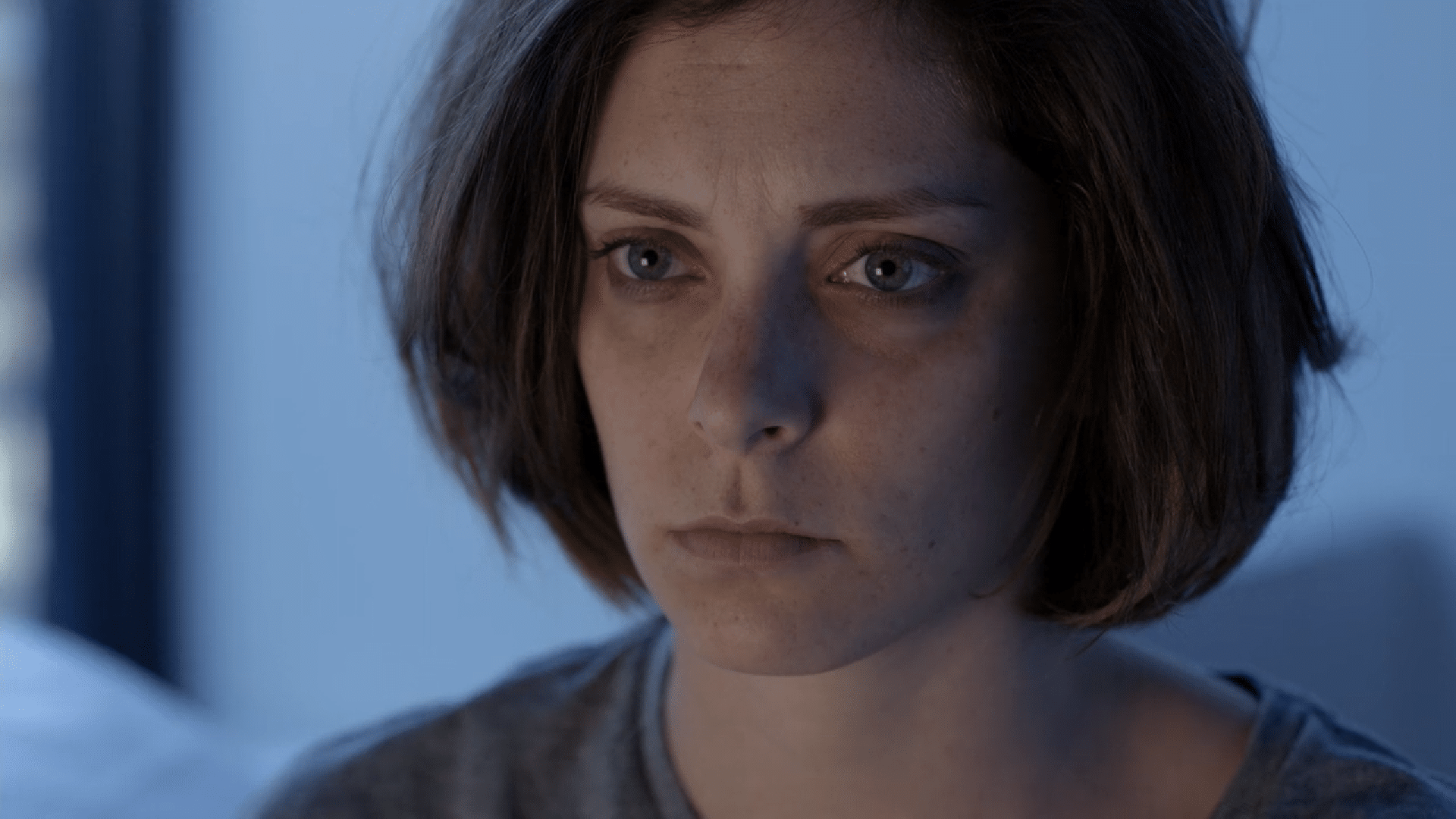 In our Genius Character Reveals series we examine scenes and moments where a film or TV show reveals a tremendous amount of character information in a compressed amount of screen time. This instalment focuses on Rebecca Bunch (Rachel Bloom), the title character from The CW musical dramedy show CRAZY EX-GIRLFRIEND.

CRAZY EX-GIRLFRIEND is a show about a lawyer who, after encountering her ex-boyfriend on the streets of New York, follows him to California.

The pilot was originally produced for Showtime, although the cable channel passed on the show. The CW then picked up the show and reworked it for broadcast television.

As with FLIGHT OF THE CONCORDS, one of the reference points used when pitching the show, musical numbers from each episode are posted online, sometimes with alternative explicit versions.

Star Rachel Bloom and Aline Brosh McKenna (THE DEVIL WEARS PRADA) created the show and wrote the pilot episode together.

Who is Rebecca Bunch?

Rebecca Bunch is a high-powered, Yale and Harvard-educated real estate lawyer, about to made a partner at her firm in New York.

She loves musicals and takes medication for depression and anxiety.

How is Rebecca Bunch’s character revealed by the action and dialogue?

A teenaged Rebecca Bunch sings back-up in an amateur production of SOUTH PACIFIC.

She joins the chorus, singing “She’s in love.” The lead finishes, “with a wonderful guy!”

Afterwards, she walks hand in hand with the dorky Josh Chan (Vincent Rodriguez III). Rebecca wears braces and a backpack and enthuses over her performance, especially the connection she felt with the audience during her solo.

Rebecca touches on the fractious relationship with her mother.

It was, like, a bummer that my Mom didn’t show, but in that moment, it was like everyone was my Mom.

She goes on to explain that her mother is upset she didn’t take a “mock-trial summer intensive” instead. Rebecca wasn’t even going to go to this musical theatre camp, but she called her father on his honeymoon and said she had suicidal thoughts.

Rebecca describes their relationship as a whirlwind (emphasising the ‘h’), that this was the best summer of her life and Josh was the reason why.

She launches into planning their schedules, who will visit who at Christmas, but she’s interrupted. His parents have arrived to pick him up.

He tries to let her down gently, explaining that they’re different. He does baseball, and she’s dramatic and weird. Josh thinks they should take a break.

Rebecca protests that she loves him. Josh doesn’t really respond.

Rebecca gets in the car with her mother, who starts lecturing her about a hickey.

Rebecca’s mother is on the phone, asking her about the very important promotion that “we’ve been working towards.”

Rebecca is reading search results on sleep deprivation when a TV advert catches her eye. A butter advert is asking, “When was the last time you were truly happy?”

What do we learn about Rebecca Bunch in this scene?

CRAZY EX-GIRLFRIEND is a show that strikes an incredibly delicate tone. It tackles deep, dark themes of mental illness, instability and obsession. At the same time, it’s a musical comedy.

We open with the bright, romantic, and narratively neat world of the musical.

Unlike subsequent musical numbers, this opening snippet does not take place in a character’s imagination. However, it still gives an insight into Rebecca’s mind.

She sings louder, more enthusiastically than the others. She actually believes the words she’s singing.

Rebecca harbours illusions of what romance is. She thinks that romance (or, specifically, the grand romantic gesture) will solve all her problems.

In her case, musicals cultivate this illusion. Rebecca carries over theatrical language and ideas to her real life. (She says Josh “awakened her sexual being” and calls her mother the “grande dame.”)

This first scene also introduces the darker side of the show and her character. Rebecca Bunch’s relationship with her parents, although both are off-screen, hardly seems healthy.

Likewise, her relationship with Josh is entirely one-sided.

The cut to ten years later is incredibly efficient storytelling.

The audience can easily fill in the intervening years with their imagination (although what happens in this gap is also explored in later episodes and seasons).

Rebecca has made sacrifices to achieve her mother’s dream for her, to become a successful lawyer. The first and most obvious one is her health, as indicated by her researching sleep deprivation.

The butter advert starts to bring this opening full circle, even before Rebecca’s chance encounter with Josh on the streets of New York. When was the last time you were truly happy?

Having seen this scene from Rebecca’s past, and this scene only, the answer is obvious. At least, it’s obvious for the audience.

Why is this an example of superb, tight screenwriting?

While the anti-hero is an increasingly common feature of prestige TV, the female equivalent is rarer. As well as carefully balancing tones, CRAZY EX-GIRLFRIEND carefully balances the audience’s sympathies.

We see how Rebecca traps herself in a dangerous, destructive (and self-destructive) pattern of behaviour. However, even in these first two scenes, we already can identify some of its causes.

Other characters use the title adjective as an epithet against Rebecca Bunch. However, Rachel Bloom and Aline Brosh McKenna don’t allow the audience to dismiss her as simply “crazy”.

Being happy is an incredibly simple and universal goal, whether that means professional fulfilment, finding love, or both.

We understand why and how someone would uproot their entire life on a whim. We understand that decisions that seem crazy from an outside perspective are actually (incredibly) misguided romantic gestures.

The audience understand Rebecca Bunch more than she understands herself.

If you enjoyed this article, why not check out our article containing the GENIUS CHARACTER REVEALS OF R J Macready (THE THING)?