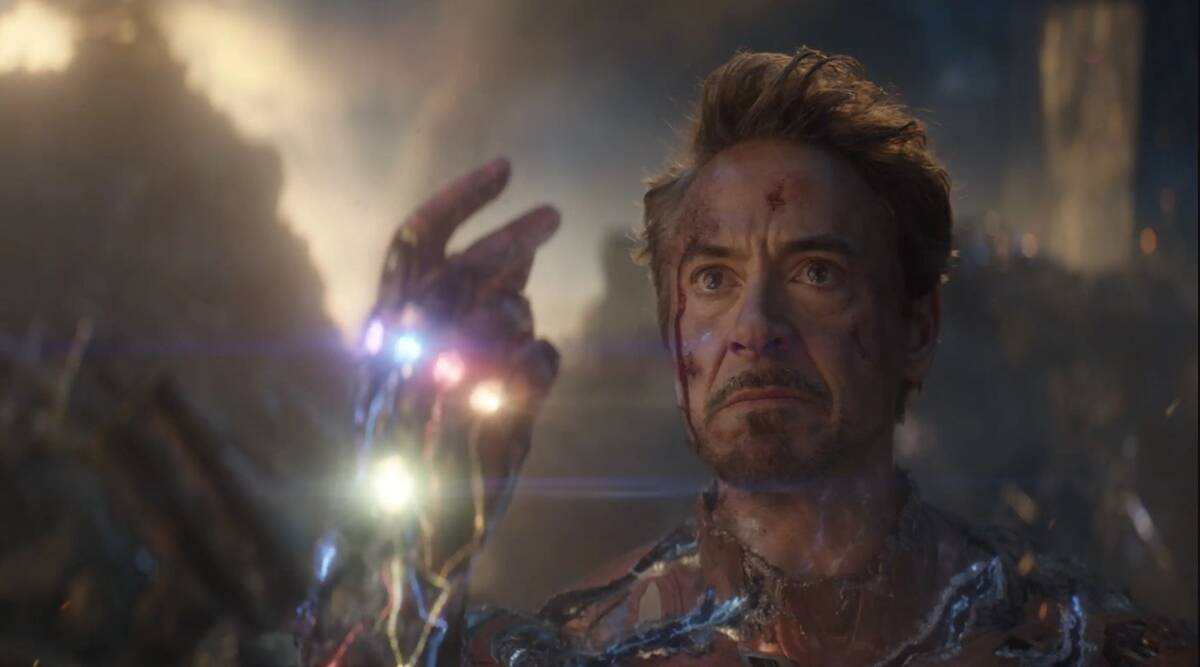 How to write a good death scene? This is a question writers may well have been pondering since stories were told on the walls of caves.

From Shakespeare to Spielberg, death scenes are ever-present in storytelling. Sometimes death in a film or TV show doesn’t even have to be realistic to have us mourning our favorite characters. Audiences have shed many tears over a fictional, fantastical death before. A great death scene can make or break the legacy of a loved character. It can even impact the impression of the entire story as a whole.

As for answering the all-important question in the title, there is no definitive route to writing a powerful and convincing death scene. The very least a writer must do to make a death scene convincing and good is to make it emotive. The audience should be fully invested in your character and their arc before their death scene is even thought of.

So in this article, we’re going to tackle how to write a death scene that is both logical and affecting. Of course, due to the nature of this article, there are spoilers below!

Why Even Have a Death Scene in Your Script?

There will be many different reasons a writer chooses to kill off a character. But a good death scene should have a unique effect on the audience.

This can’t be the formula for every character’s death in your screenplay though. For instance, when killing a villain the writer might want their audience to feel relieved.

However, the deaths of villains can garner different and more complicated audience reactions.

So let’s have a look at three great death scenes and two further bad death scenes in more detail to see the different ways that writers and filmmakers render the death scene.

A large part of the success of the Iron Man and Avengers franchise stems from the widespread appeal of Robert Downey Jr’s charismatic portrayal of Tony Stark. So to kill him off in Avengers: Endgame felt like a bold move.

That being said, it was also a pertinent one. It gave the face of the franchise, Iron Man, the glorious death scene he deserved and the trilogy the ending it deserved.

Tony Stark takes the infinity stones from Thanos and parodies his taunt. “I am inevitable” becomes:

Robert Downey Jr proclaims “I am Iron Man” multiple times throughout his various portrayals of Iron Man, most notably in the ending scene of the first Iron Man movie. So to bookend the character with his most iconic phrase is emotive. It closes the chapter on Tony’s arc by referring to one of his signature moves.

And it shows how a character’s death can be effective when successfully closing off an arc as well as killing a character we’ve come to know and love. Tony Stark isn’t the brash, selfish figure he is upon his first introduction but instead, a vessel for the ultimate act of self-sacrifice.

Not only is Tony Stark’s death successful in the context of the narrative and story world but in the context of the franchise as a whole. Robert Downey Jr’s portrayal of Iron Man was one of the primary accelerants of the franchise’s success. He made the role his own in no uncertain terms, leading a group of characters and movies with charm and depth. So it feels fitting to end on a definitive – Yes, he is Iron Man.

Perhaps the most famous death scene in the comic book genre is that of Peter Parker’s Uncle Ben in Spider-Man.

It’s a great example of a brilliant one-two punch, set up and pay off.

Ben, who lives by his words, is murdered defying the criminal. The criminal Peter could have stopped.

The writers make Ben’s death scene important to the story and powerful by establishing Spider-Man’s morals, morals that he will uphold for the remainder of the trilogy. Peter Parker becomes the superhero because of his uncle’s dying wish – that Peter is mindful of the man he’ll become.

Death scenes are, naturally, often used at the end of stories. But Spider-Man demonstrates how a death scene can act as an inciting incident. Uncle Ben’s death is really the cornerstone of the whole Spider-Man story. It’s the moment where Peter Parker is compelled to learn and carry with him the morals that Ben held dear. This will, in turn, define Spider-Man’s purpose as a hero, giving narrative shape to an otherwise undefined power.

Game of Thrones has showcased some of the most famous on-screen death scenes. For examples, we’re spoilt for choice.

But before Game of Thrones gained notoriety for its many death scenes there was the one that started it all. Let’s explore how George R. R. Martin and the Game of Thrones writers made Ned Stark’s death so powerful.

Ned Stark is the de-facto main character in Games of Thrones’ first season. It isn’t until the series’ penultimate episode that his death scene leaves fans speechless.

The writers’ main weapon to make this such a powerful death scene is the sound.

Similarly to Uncle Ben’s death, Ned Stark’s death, in many ways, serves as a cornerstone for the series. It’s what drives a wedge between two families and it gives all the Stark characters (particularly Arya) motivation for their revenge. But as well as its shock value, it’s the horror of the scene’s finely realized details that linger in the mind.

What to Avoid When Writing Death Scenes

As we’ve seen some great examples of how to write a death scene, it’s only right that we go through a few death scenes that don’t work as well. From the ridiculous to the plot hole ridden, some writers have failed to write a convincing and powerful death scene.

X-Men: First Class provides an unconvincing death scene. Initially depicted as the mutant that can’t be killed, the character then receives what feels like the weakest possible death scene given the context.

Moments after Darwin explains that he “adapts to survive”, Kevin Bacon’s Sebastian Shaw pops a glowing red blob of energy in Darwin’s mouth, killing him.

The scene is a show of strength from Sebastian Shaw. The audience sees the real threat. Unfortunately, it just leaves a sour taste in many viewers’ mouths.

Why kill off the most promising side character in your story? The character with the coolest, most unique powers that make him theoretically immortal? It feels like an anti-climax and a waste of potential.

Actor Edi Gathegi, who portrayed Darwin, agrees. In an interview he said:

“I thought that was a huge miss, killing Darwin, and I think Darwin does deserve redemption.”

Most importantly, Darwin’s death scene doesn’t convince because the sum of its parts don’t seem to add up. Darwin’s potential feels wasted because the death scene isn’t built up to by the narrative. Moreover, the nature of the death seems to contradict Darwin’s unique characteristics.

A death must be earned and justified by the story that precedes it. Killing a character off before their time can often seem like an easy way of providing a shock. But it needs to be carefully planted and not thrown in to provide motivation for other characters. What are the narrative threads that lead to this death scene? Even the most surprising and shocking deaths (such as Ned Stark) are well built up to, meaning that they make sense within the logic of the story and aren’t just a lubricant for other arcs or characters.

A death scene that has ruffled many feathers is Jack Dawson’s death in Titanic. Even after all these years, audiences still have a bone to pick with James Cameron.

The now infamous death scene takes place after the Titanic has sunk.

You can see why audiences have been angry about this for over two decades. The ending of such an epic love story is undermined by somewhat of a plot hole. The emotion of this scene is more inarguable, particularly as it’s relayed back by the elder Rose. But the facts of the scene remain rather hard to square.

It’s perhaps a symptom of the way in which the story heads towards Jack’s death rather than creating it organically. It always has it in its sights, rather than crafting it in a more naturalistic way as a result of the ship’s crash. The movie wants both the emotional resonance of Rose letting Jack drift off into the water and the tragedy of the death itself. So it crafts a moment where both can occur. As a result though, the death scene feels a little contrived.

The imagery of Rose letting Jack go is hard to forget. But once one recovers from the emotion a question or two about the exact details and necessity of the death rear their head.

Writing a powerful and convincing death scene is just as much about the build-up and story context as it is about the actual scene.

Most crucially of all, your death scene needs to be well-placed in a character’s arc. Iron Man’s death scene in Avengers: Endgame, for example, comes at the perfect time. Imagine if Tony Stark bit the dust after the first Avengers film. It’d be as, or even more, disappointing than Darwin’s premature demise in X-Men: First Class.

Writing a powerful and memorable death scene is not a science. There are infinite possible ways of leaving an impact on your audience. But in a medium that is about giving characters a beginning, a middle and an end, it’s important that all parts are working equally as well for the character’s end to be satisfying.

Mourning for a character can be painful, shocking and memorable. The best death scenes are a mix of all three. But in order to achieve such an effect, don’t rush to the end without fleshing out the beginning and the build-up, paying as much attention to the foundations of the death scene as to the scene itself.

Death scenes that live long in the memory are ones that are acute in their detail and come at the natural conclusion of a character’s arc. The best way to kill your characters often lies in their very creation.

This article was written by Ben Handscomb and edited by IS Staff.