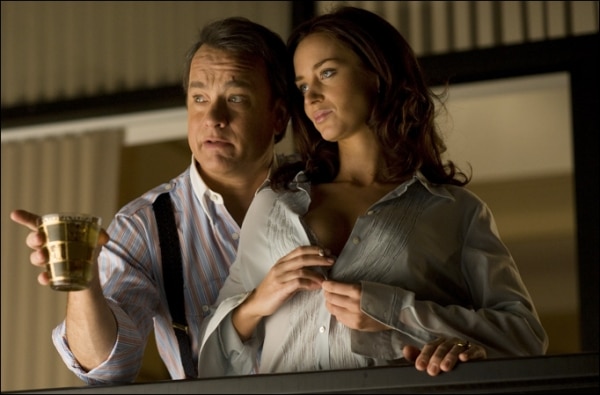 The film: In what seems a match made in Hollywood heaven, satirically sharp director Mike Nichols (CATCH-22, PRIMARY COLORS) teams up with White House screenwriter in residence Aaron Sorkin (THE WEST WING) to deliver an insightful behind the scenes look at how wars are really won – even if most of the world don’t know you’re on the battlefield. CHARLIE WILSON’S WAR looks back to the 1980s when the US secretly armed the Afghanistan mujahideen in combat against the Soviets – only to end up fighting many of the same forces twenty years later.

The plot: In CHARLIE WILSON’S WAR, playboy Congressman Charlie Wilson (Tom Hanks) is knee deep in women and barely survives an investigation into alleged cocaine use. At the behest of socialite, political fundraiser and romantic interest Joanne Herring (Julia Roberts), Charlie heads to Pakistan and is moved by the plight of Afghani refugees from the Afghanistan – Soviet Union conflict. Whilst the US and the CIA are providing low level assistance, Charlie sees scope to increase covert support, and reaches out to black-sheep CIA operative Gust Avrakotos (Philip Seymour Hoffman) to find allies in Saudi Arabia, Israel and in the US houses of government. In a clandestine victory, the Afghanistan people are armed against the superior weapons of the Soviet Machine and repel the invasion… but Charlie is rebuffed when he tries to secure long term economic and educational investment in the region. 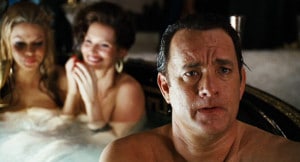 The scene: Away from Charlie’s main-plot, this scene from CHARLIE WILSON’S WAR introduces supporting player Gust, a live-wire and hot tempered CIA operative who has just been refused re-assignment to Helsinki – despite learning Finnish for the past three years. Gust blusters into the office of Henry Cravely, Head of European Operations (played by MAD MEN‘s John Slattery) to debate the job refusal. What follows is an expert lesson in hiding exposition and setting up future tensions. Gust flips through multiple strategies – citing his service, his accomplishments, his skillset, notions of loyalty, before using a personal attack and calling into question the entire leadership of the CIA. With no more avenues to explore, Gust smashes the office window before walking away with a cheeky smile to the enraptured office workers…

Why it’s unheralded: Perhaps because of the saturated news coverage of the war on terror in the past decade, accomplished cinematic interpretations of the conflict and the region have tended to fly under the radar – even with the A-List power in front of and behind the camera, and with a $120m global take, CHARLIE WILSON’S WAR is a rarely discussed gem.

Why it’s great: This scene from CHARLIE WILSON’S WAR is all exposition – and in fact the direction of the film is entirely unaffected by the action of the scene. Gust starts the scene denied his Helsinki mission, and ends the scene as such. It’s rare for a scene with little plot function or character development to stick so powerfully in the memory – but this is one of the all time great character introductions. The scene clues the viewer into what actually goes down in the CIA, and how they pull the strings of international politics – forget democracy, the CIA will make sure that their man wins. By showing Gust’s ‘coarse’ nature, the script stacks the odds against his later success in the Middle East, and raises the spectre that he might erupt at any minute. Similar to the early scares in horror films, this character excess makes for a great foreshadowing, where many scripts wait too long to push characters to the extremes of their being.

Conversely, the script drops in enough proof of Gust’s skillset for us to admire and empathise with his treatment by top brass. Gust acts just like the CIA acts – at first using intelligence, before eventually resorting to brute force. We’re getting a crash course in the agency’s ways. Whilst the argument is scintillating, the scene remembers to use small details; the eavesdropping office workers add a sense of taboo, whilst the glazer represents an intruding outside force, and the tension is broken by a sly piece of humour as Gust winks to a colleague on the way out – keying us in that there is balance and humanity to an obsessed, dedicated man. Rich in every detail.

If you enjoyed this article, why not check out our Unheralded Scene: COLD SOULS (2009)?