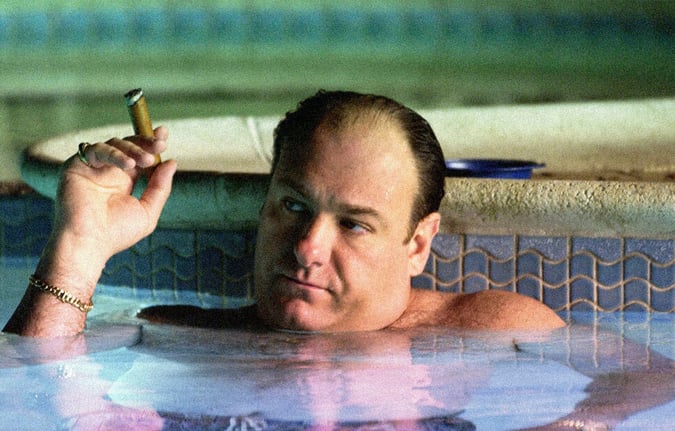 Every writer needs some semblance of a bio before they can start writing because it is the only way to truly know who your character is. Without one, it’s harder to feel their existence as something tangible.

The best way to think of a character bio is as it being their passport. A certificate of identity to give them life and authenticity. It’s an official record of them, something to prove their existence on paper.

Characters are built through their bios. They start out as non-existent or simply ideas in the head, but through the process characters become layered. They become real.

In this article, we’ll highlight the key tips to creating your own character bio. We’ll provide the essential information on building a bio that both births a character and helps establish the story.

It might often feel like extraneous work, but writing a character bio can be the difference between a two-dimensional functional character and a rich, layered one.

The Writing Style of Character Bios

Character bios can be created in multiple ways. There is no set way. Ultimately, they must be crafted in the best way for the writer. And most importantly, they need to be accessible and easy to understand.

Some ways of creating a character bio include…

All of these different styles have their own benefits due to their form. PowerPoint is arguably the best way as it lays out each aspect of the character clearly, and encourages the visual side of the character too. This is ultimately what character bios are best for, visualizing your character.

Voice of a Character Bio

Both styles of voice have their pros and cons, but both do formulate solid character bios that will allow the characters to come to life. Some writers may prefer a more immersive approach, some may relish a more objective, analytical approach. But both allow the writer to sit with their characters and let them spill out onto the page.

1. Outline The Basics Of Your Character(s)

When determining the basics what needs to be apparent is the character’s relatability. Their personality traits, past, relationships and context help to provide relatability, giving the audience an insight into the character and an opportunity to connect with them. Without this, the story is harder to find a way into.

2. Add Life To a Character

After determining the basics of a character in their bio, the next step is to go more in-depth. This stage allows a writer to establish a character’s goals, flaws, and quirks. It is a character’s goals and flaws that make the story because this it almost always what the plot revolves/evolves around, particularly as it pertains to the protagonist.

What to add to develop a character bio…

By being thorough at this stage, the character is getting more and more real. They start to take their first steps. Every minor detail that may seem unnecessary e.g., a character’s minor behavioural ticks, is vital to a character bio.

For example, by knowing some small detail about a quirk of behaviour, a character’s state of mind, background, self-esteem and sense of self can all be determined.

It is these intricate features that not only bring life to a character bio but also improve the narrative. Each detail of the character works synchronously with the story as a way to build on the plot. But it also ensures each character’s reaction fits the plot and explains who they are.

3. Add Color To a Character

Adding color acts as a double meaning in this instance. The literal meaning is to choose colors that can be associated with the characters (through clothes, for example) to match their personality/moods.

It’s this meaning that aids in furthering the character bio as the colors chosen can represent who the character is and what they will become. Breaking Bad is perhaps the greatest example of this. Throughout the series, the colors are used to represent the characters’ shifting motivations.

A character bio needs to act like an extension of the writer’s self, drawing from themselves and their real life in general. It is a part of them but it’s not them. By adding color the writer is able to work multidimensionally between building the character and partially being the character.

There needs to be the ability to move between perceiving how the character functions as a person, whilst disconnecting in order to look at the big picture of crafting the story.

4. Immersion in a Character Bio

Following on from adding color to a character bio, and the necessity to work multidimensionally, is immersion. To become immersed in a character bio means the ability to view yourself as a writer whilst also having the perspective of a character.

The writer’s voice needs to become the character’s too.

These exercises are almost a form of method writing, getting into the character’s headspace and indulging in them as if they were real. Again, some of these details may seem unnecessarily specific, but they might help in building a convincing and realistic vision of your character.

The character’s purpose is what needs to shine through the bio as it is that which will be explored and built on throughout the narrative itself. The writer being able to find the character’s voice within making a character bio helps to make the character as close to real as possible.

By being clear and pliable, the character bio guarantees that even if the story alters as it is created, the core of the character(s) can remain the same. And this core is the character’s purpose. This is what’s driving them through the story and consequently, particularly in relation to the protagonist, driving the story itself.

Without purpose, the character could seem two-dimensional or unnecessary, no matter how fleshed out in specific detail they are.

Character bios are priceless to a writer. They allow writers to get to know their character(s) much as they would a person in real life. If a character doesn’t feel real and relatable then the audience or screenplay reader will struggle to connect with the story.

They help the writer to conceptualise all that exists in their head. Before creating a character bio, a character is simply a writer’s thoughts of a person. But once the bio is on paper those thoughts start the process of transforming into a fully-formed person.

Character bios help provide security for the writer as they can map out the story through the eyes of the character(s). This means that no matter what happens in the writing process the bio is always there to refer to.

The ability to get inside a character’s head is essential to a successful narrative, as often the audience perceives and responds to the story through their relationship to the characters.

Character arcs are a key part of the narrative or are the narrative itself, and a crucial way to track an arc’s success is with the bio. It is the character’s flaws that are tied up with the story and the flaw that needs to be resolved or handled by the story’s end.

A bio is what fleshes out characters, making them feel human. They become a part of the world you are creating, both feeding into and feeding off the depth you are gradually building.

They can also be important to both the writer and the story for continuity reasons.

Connection is what a character bio provides. They allow the writer to establish the traits of that character that an audience can connect/relate/empathise with. Every character needs to have a perspective on humanity whether it be a positive or negative one. And crafting a bio helps identify what this perspective looks like.

An Acronym To Help:

As discussed, there are multiple ways to write a character bio, but it must be…

So, think of CREATE when creating a character bio, and you’ll be in the best place possible to write one.

A character bio is a tool to helping you understand your character and what shapes them. It brings a character to life on the page. And it is this aliveness that feeds the life of the story.

Bios are pivotal to both the writer and story as they are the glue that holds it all together, whilst ensuring organisation and coherence for the story and writing process.

This article was written by Libby Laycock and edited by IS Staff.

4 thoughts on “How Do You Write A Character Bio? The Road to GREAT Characterisation”