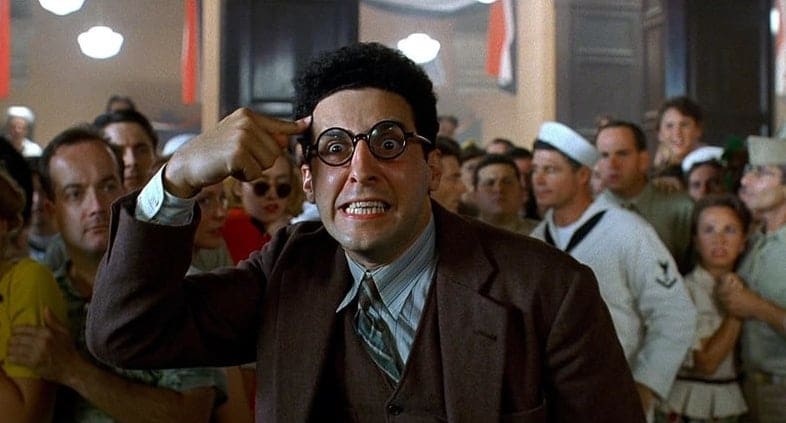 The market for stories has a wealth of new entrants every year. This is of little help to most writers who do not need any further reminders that they are in a tough industry. New approaches to writing, however, could be helpful to some writers seeking to stand out in such a competitive field or to break through writer’s block. And one approach that has gathered momentum in recent times is “method writing”.

Introduction: What is Method Writing?

But what is method writing? Intuitively, it is to writers and writing, what “method acting” is to actors and acting.

Crafting effective stories relies upon creating compelling characters, plot, and environment. This is even better if they are original, unique, and specific. Just as method acting enables actors to comprehensively embody a character rather than just fulfil a role, method writing should enable writers to design characters and what they say in an authentic way.

Ok fine, but how does this manifest itself for wordsmiths?

Imagine if The Revenant screenwriter, Mark L. Smith, had himself lived in the wilds of British Columbia, negotiating icy rivers and eating a buffalo heart (as Leonardo DiCaprio famously did).

Would that have worked in making the role more authentic on the page? And furthermore, if there is too much instruction and performative detail already written on the page, does that mean less work or less satisfaction for actors?

This piece will argue the pros and cons of this style and analyze whether it is a legit process or just a pretentious buzzword.

Simply put, in order to either validate or invalidate method writing before anything else it needs to serve one main thing – story.

The Case FOR Method Writing

One of the more direct ways a writer can strive to sell a script is to successfully get studio executives to connect with their characters.

However, where method acting and method writing differ is that method acting occurs relatively late in a project’s development. By this time, actors are cast, the project has been greenlit and the story’s “die has been cast”. But what if the story and character has been spawned by immersive techniques on the page?

Traditionally, movies and TV shows benefit from immersive techniques, such as method acting, at a relatively late stage of development (i.e. principal photography).

However, perhaps validation of method writing as a technique could enable projects to receive these benefits earlier in development. Could, in this case, method writing techniques improve the chances of being greenlit at the pitch phase?

Method acting comes relatively late in the development process. Could the project instead benefit from enhanced character empathy in the project’s inception?

They say that dialogue is to a script what garnish is to a dish, use sparingly and last before serving. However, empty, on the nose dialogue is an easy way to getting a quick ‘pass’. But if writers were to take more time to embody the world and the lives of their characters, it is understandable that there is a greater chance of more authentic conversations and unique voices.

Writing without preparing and developing each character can result in every character sounding alike. But this is inauthentic. In real life we know that people speak and sound unique. And how they do so can be deeply revealing of their character and background.

A writer who spends the time to embody their character in the early development phase may be able to generate more unique and compelling things for their character to say.

Screenwriter Jack Grapes, who teaches a version of method writing that focuses on attaining the writer’s “Deep Voice”, says that the point of the technique should be to get to a state where a writer thinks and talks like the character. Their dialogue will be as unconscious as writing a shopping list or a note to a friend.

Grapes acknowledges that readers react to the tonal shifts of language more so than the actual words. In a sense, learning how to combine words and phrases is its own code, and certain combinations engender a certain emotional response.

Michael Caine said that “Rehearsals are the work, performance is relaxation”.

In a writing context, method writing could enable writers to be so familiar with how a character speaks that the words flow unconsciously. This is particularly helpful if the writer has an ensemble of characters that all require unique tones and voices. If the dialogue is relatively automatic, then what is lying beneath it can be more easily implicit too.

A key to a good story is conflict: when a character’s objective meets an obstacle.

Although a lot of emphasis in writing is placed on developing what characters want, it is the exchange between the protagonist and antagonist force that propels the story.

It is conceivable that if a writer would be prepared to embody their character more deeply, they can get a better idea of the challenges they face, at least emotionally.

To be able to write with veracity about how a character feels and thinks about obstacles can provide more compelling story beats and more specificity. It can also provide more options about how to tell the story cinematically.

It gets back to that famed piece of writing advice – ‘write what you know’. If you already have a specific experience and choose to write about it, this does the method writing for you.

There is a limitation to this, as there is no substitute for true lived experience. However, it can be at least a small window into an experience or at least a route to more empathy, understanding and nuance.

The Case AGAINST Method Writing:

Method writing techniques regarding character could also be deep research by another name. And although research is generally considered positive for the development of a project, there can be such as thing as bad screenplay research. Especially if it interferes with the art form.

Focusing too much on facts could mean screenwriting becomes more like journalism, aimed at making sure the details are fact-based and accurate. At the end of the day, the story is driven by drama and conflict. This has to be present.

Being too focused on conveying facts and information can make the writing too specific and less relatable. It can make the script feel more like a Wikipedia article than an immersive story. Furthermore, this kind of deep research can ignore one of the most important elements of storytelling in general, imagination.

You might not have ever lived in the 18th century. But you can certainly take aspects of your own experience and use them to flesh out a world which you were never part of. This is what makes stories powerful, the universal found in the specific.

Research should flesh out a story and make it as believable as possible, just as your own human experience should flesh out the research. Too much commitment to ‘the facts’ can leave your story less dramatic and emotionally affecting. There’s a difference between factual truth and dramatic truth. The latter is the screenwriter‘s prerogative.

Preparing for the role of Jimmy Conway in Goodfellas, Robert DeNiro repeatedly asked Henry Hill (whose memoir the story is based on) about how his character would hold a cigarette and eat pasta. Whilst Ray Liotta, who played Hill, would listen to tapes of him speaking to perfect his speech cadences.

Although this detail can be helpful for a performer replicating specific detail visually, such nuances are less likely to help a writer.

Writing, meanwhile, is not a performance. Hence the parallels to method acting are weakened. An actor trained in Method uses it to prepare physically, psychologically, and sociologically for a role. However, it is difficult for writers to physically represent the voice of a character on the page.

Yes, actions can be revealing. But unrooted to a clear and compelling goal and/or motivation they can be nothing more than shallow characteristics.

A wealth of research material could make the script too detailed and leave little for actors to bring to life. An actor wants some specificity to understand how to interpret a character. But they also want to freedom to make the character their own. Too much research about a character could lead to an overly prescriptive script with little room for creativity.

Furthermore, actors are not the only ones who will benefit from creative space within the script. Costume Designers, DOPs, Set Designers, Location Scouts – these are members of the crew that will add to your screenplay. The responsibility of credibility doesn’t and shouldn’t rest entirely on your shoulders. Whilst embedding yourself in the story world is important, what’s more important is the story itself.

Research should flesh out the story and make it more whole, not lead it. Method writing runs the risk of embracing too much of the detail and letting the bigger picture, in this case, the overarching narrative and thematic arc, get away from you.

Ultimately, it comes down to the fundamentals of why you are telling your story. What are you trying to say with your script? What is the overarching thematic purpose and controlling idea? If you don’t know these things before you set off on your screenplay’s journey, method writing won’t save you. The architecture of your story needs to be solid. Only then can flourishes found in a technique like method writing fill in the gaps.

Method writing can be a useful tool for writers in so far as it is effective in accessing an authentic voice (more truthful dialogue) and adding texture to the story through advancing conflict (more genuine objectives and obstacles).

Where method acting has been proven to improve a project in late-stage production, method writing could help projects benefit from immersive techniques earlier in the development phase. It could potentially help more projects build empathy with readers and therefore give them improved chances of being greenlit.

However, method writing could add more time to an already time-consuming practice and slow down development. It could also distract from the fundamentals of what is going to make your screenplay stand out.

So is method writing a useful tool or a fancy way of describing research and character development? Well, it’s perhaps a little of both.

In the end, it’s always worth trying out and experimenting with different writing techniques. As long you don’t become dogmatic about your own methods and remain flexible.

This article was written by David Ciampa and edited by IS staff.

6 thoughts on “What is Method Writing? Meaningless Buzzword or Useful Tool?”