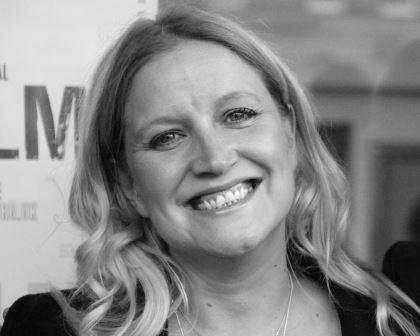 I have always had a love affair with scripts. I love, love, love them. Love them warm coming off the printer, love the font that echoes the old Hollywood era when they would have been bashed out by men in high waisted trousers on old Corona typewriters filling their lot-side portacabins with a cancerous amount of cigarette smoke to get the new sides to the set that morning. Mmmmm, love.

Even when I hated the scripts because they were awful and written in crayon and were riddled with spelling errors and accompanied by an irritatingly bolshy covering letter notifying me that I was the lucky one who got to read this hulking tome, there was still a little bit of love for the fact that this thing I loved so much inspired a myriad of people from all walks of life to lock themselves away for months on end to tell a story that may or may not be brilliant. There’s a very fine line between great genius and the nonsense ramblings of a deluded mad-man. Believe me. 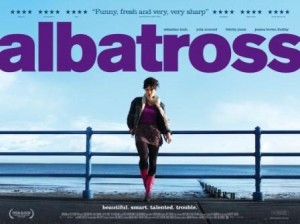 And so I became a script reader, and then an editor, and then a Head of Development at several different companies. I have worked in the mainstream and I have toiled for the independents, I have read for most key financiers and I have advised for free.

Then I decided to have a little go at writing myself and within a year, my movie, ALBATROSS, was being filmed on the Isle of Man. Yeh, you hate me but it’s alright because it was one of the most stressful experiences of my life, topped off by the fact that no-one actually saw it, a lot of the reviews were sobbingly hateful and the film itself didn’t make any money at all, so you can like me a little bit again now. I succeeded, then I failed but one was a lot more public than the other.

Now, however, I get the chance to waffle on opinionatedly, dolling it out to those who didn’t ask for it and saying loudly, “What happened with me was…” at every opportunity. So here it is…What happened to me was….

Offices and Rafn…not so much… 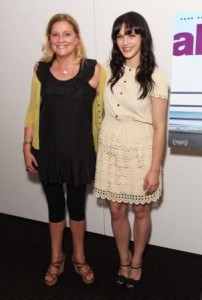 When I was little I wanted to have any career whatsoever that didn’t involve me sitting in an office at all. That was the only stipulation. Officelessness. Due to the fact that I liked colouring pencils a lot, my mum and dad devised the plan that I could be a window dresser and, for the countless years that have elapsed between then and now, not a store goes by without my mum shaking her head sadly and saying, “We always hoped you’d be a window dresser”.

During the recent World Cup, my local charity shop ran riot with the patriotic red, white and blue theme the event allowed, dressing their armless mannequins in white wedding dresses, saucy second hand red underwear peeking out from the sweetheart necklines and topping them off with giant blue curly clown wigs to crown the whole hideous affair. I saw my mum staring at them wistfully as we walked past. “I had a film made,” I whispered, reassuringly as I dragged her away from the display…and she did her best to look convinced that the struggle had been worth it.

I began my career script reading many years ago because my boss at the time, an excellent producer who never shouted, was a patron for TAPS. Sadly TAPS was forced to shut down in 2010 because of a lack of funding but, in its time, it trained writers such as Peter Moffatt and Roy Williams and, if you look carefully at its annals, me to script read as well.

“How much do you get paid for THAT?” my mother said excitedly, because for some reason, parents don’t care so much about the craft when you keep not meeting your punchy London rent.

“Nothing!” I said, gleefully. “It’s a charity. But they WANT me”

Scripts covered in splodges of jam 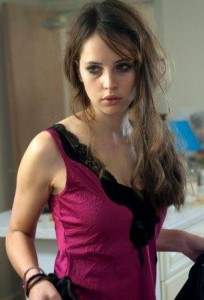 Mostly, the scripts I received had splodges of jam sandwich on them or grey hairs stuck under the sellotape holding the pages together because it was open to anyone, and I was new and excitable and desperate for experience so you could give me any old crap and I’d be happy. Once I received a 340 page Tarantino homage that was so unsparing in its detail that it retaught me all over again such talents as opening a door or how often I was required I breathe.

“Jim reached into the pocket of the blue jeans he wore with a black sock and a grey sneaker, he took the key out, checked it was the right one, put it in the lock and turned it to the left. He pushed the door with his right hand and entered the house using his legs to step forward”.

It was pretty much like someone had asked the kid from the Curious Incident to up his game from investigating the deaths of pet dogs to the slaughter of Reservoir Dogs and not to miss a single thing out in the retelling.

I loved it though and, eventually, I got a full time script reader position at a major financier.

“I’m a Full Time Script Reader” I whooped joyously to my mother on the phone, thrilled that I had made the leap from Assistant Land to Development World and from Charity to Minimum Wage.

“What on EARTH does that mean?” my mother replied, leading me to give the longest explanation of two words that describe exactly what I needed to say in the first place, imaginable. Luckily, I’d spent seven weeks reading that one script about keys and shoes so I knew all about ‘describing words’.

The other bonus of this was that I hot desked with another Development person which meant that, for three days a week, I was allowed to work from home. My officeless dream drew ever closer as I slathered myself in baby oil, opened all the windows in my tiny little attic room and somehow believed I would be able to get a suntan from my bed. It never occurred to me to just go out to read the scripts in case I got caught. By whom, I never knew but I probably, at that time, would have thought that the BBC had some kind of Child Catcher Wagon that was charged with rounding up workers wasting tax payers money by waggling the prospect of an early beer on Fridays at them.

Even though my mother didn’t quite understand how I ‘read’ ‘scripts’, she very much liked telling people that I worked at the BBC, particularly in their local village and if it had nothing to do with the situation in hand. “This dress?” she’d say, “I think I got it in John Lewis when I was up in London visiting my daughter on her DAY OFF FROM THE BBC. Yes, that’s right. That BBC. The British Broadcasting Corporation. Yes. The very one!”

Finally, I became a Head of Development and I thought the real pride may come. Tied to the office, I may have been, but I was the Head of something. Development, in fact. But no. This simply led to a complex misunderstanding of the word ‘developing’ .

“But developing WHAT?” my mum said, as if this seemed like an utter waste of time and definitely not something she could explain readily to her friends, “Why can’t they write their own stuff without you”.

And so, as I said, I wrote my own script. And it got made. And there’s a movie with my name on it that people had to pay to see in cinemas. And, ok, when I say, ‘people’ we are barely up in double figures but it doesn’t matter because my mum gets it and I can work in whatever officeless space I damn well want to. If only I’d known what a cinch pleasing her was, I could have cut out the last 15 years of exasperating questions and spent my time on more impossibly difficult mother-friendly pursuits. The not easy AT ALL art of writing.

Now the only thing taking up my surplus time, beyond telling her why every project I’ve ever written isn’t on television or at cinemas three weeks after completion or, to put it another way, ever, is where I can maybe rent office space to stave off the unerring loneliness that achieving my ultimate goal has elicited. Because I’m getting very bored of talking to the milk particularly since I’m not sure it’s even my type of person. I think it might be a little spoilt.

If you enjoyed this article, why not check out our article: The Insider Interviews: Tom Hiddleston Interview?