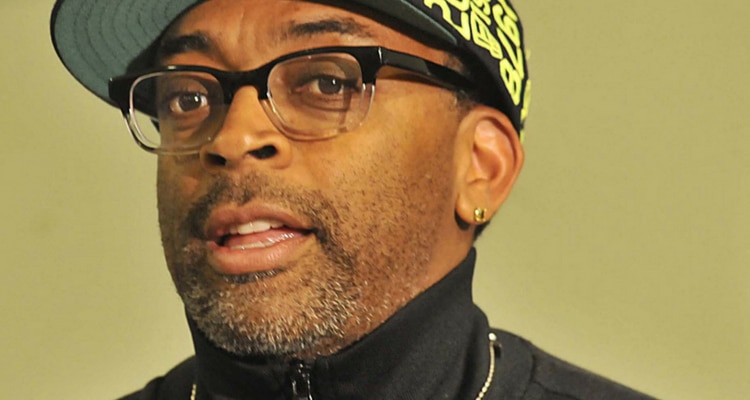 Spike Lee, with 32 years of film experience, is a figure that any aspiring writer and filmmaker can learn from. His breakthrough debut film SHE’S GOTTA HAVE IT, a lighthearted comedy, exceeded all box office expectations giving Lee future creative freedom.

He chose to dive deeper into the racial tensions of the 80’s with a film based on the racism and gentrification in his own neighbourhood of Brooklyn. The result, DO THE RIGHT THING, is still one of Lee’s most renowned films. It gained him his first Oscar nomination for Best Original Screenplay.

Over three decades later, audiences continue to find Spike Lee’s work asking urgent questions and encouraging us to “wake up!” and gain a social conscience.

Spike Lee QuotesHere are 15 of the best Spike Lee quotes for producers, writers and directors…

15 Spike Lee Quotes Writers and Filmmakers Can Learn From

1. [advice to young people considering a show-business career] “You’ve got to have heart and you’ve got to have drive. And when you get knocked down you’ve got to pick yourself up – put your hands up on the ropes and pull yourself to your feet. Because, if you can’t take a hit, you’re not going to last long, that’s for sure.”

2. [advice for aspiring filmmakers] “I hope they’re doing it because they love it, not because they want to be rich or famous. Not that those things can’t happen, but the main reason, the focus is, “This is what I want to do for the rest of my life and I love it.” Not to say that you don’t want to make money, but the passion should be driven by your love for that particular thing that you’re doing.”

4. “You have to do the research. If you don’t know about something, then you ask the right people who do. With SHE’S GOTTA HAVE IT, I don’t think I got any revelation; it was just good to hear the women whom I interviewed confirm what I thought already.”

5. “I’ve been very fortunate. Some people might call me a hardhead, but I’m not going to let other people dictate to me who I should be or the stories I should tell. That doesn’t register with me.”

6. “What’s the difference between Hollywood characters and my characters? Mine are real.”

8. “I don’t mean to be cynical, but a lot of films appear to be written by eleven year old minds. Look at AMERICAN PIE. I mean, stick your d-ck in a pie, and you think that is a movie?”

9. “I respect the audience’s intelligence a lot, and that’s why I don’t try to go for the lowest common denominator”

10. “All directors are storytellers, so the motivation was to tell the story that I wanted to tell. That’s what I love.”

11. “I think that it is very important that films make people look at what they’ve forgotten.”

12. “I’m just trying to tell a good story and make thought provoking, entertaining films. I just try and draw upon the great culture we have as people, from music, novels, the streets.”

13. [about the characters in DO THE RIGHT THING] “I want everybody to get a chance to voice their opinions. If each character thinks that they’re telling the truth, then it’s valid. Then at the end of the film, I leave it up to the audience to decide who did the right thing.”

14. “A spine to my films that’s become more evident to me is that many are about the choices that people make… You go this way, or that way, and either way, there’s going to be consequences.”

15. “I think it would be very boring dramatically to have a film where everybody was a lawyer or doctor and had no faults. To me, the most important thing is to be truthful.”

If you enjoyed this article, why not check out our article containing Ryan Murphy quotes for directors and writers?