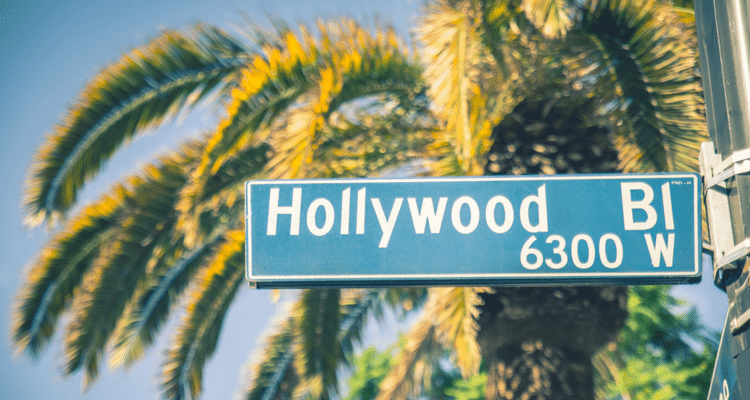 I’ve spent the week in LA, (City of Angels & Devils)

As I have previously mentioned, many times, I love LA and this time was no exception. I ate dinner on a table exactly next to Gwyneth Paltrow (she drank martini and wine, and did not order the ‘steamed vagina’), I spotted Lena Dunham and Marisa Tomei at our hotel (husband believed one of them to be ‘eyeing him up’ which was such cute wishful thinking that I couldn’t help but pat him sympathetically on the hand in vision).

Despite all this ballyhoo, there is a feeling hanging in the air, of: “Am I a gigantic fraud?”

It permeates the town, the feeling of insecurity, like a giant wave of playground heebie jeebies when you buy the wrong school shoes over the summer and clomp in and realise that fashion changed behind your back. On the one hand, everyone just is thinner, prettier and has bigger boobs (sorry husband, even than you. Those men work out specifically for Buff Tits whilst you try and fill your pecs with Umami Burgers) and, on the other hand, most people may well feel as crummy and useless as you but have mastered the art of faking it to such an extent that I sometimes take my (clumpy uncool) shoes off and bow reverentially at them as if I am at a temple of worship that was opened in honour of their work. On storylining Jon and Kate Plus Eight, Season Two.

So there I am. Singularly English in all the worst ways. Whilst outwardly confident with friends and neighbours, in a work situation I am a well known wobbly untasty pudding at a children’s birthday party. Sometimes I become so intimidated over there that I quiver myself into simply squeaking, “I’m just my husband’s wife”. In Starbucks. Whilst my barista is purely asking my name for the side of my latte in a coffee shop heaving with wannabes.

One night, whilst away, I had dinner with my real friends who live on the West Coast. Writers who have proper credits, who have met people I have had sex dreams about, or written for people I would include in my fantasy dinner parties, and we talked like humans.

“I think my agent’s going to drop me. He hasn’t returned the call on the spec I sent him to read. Two months ago.”

“I have a 3.5 on the IMDb for my only produced credit. OUT OF TEN. Not five, remember.”

“Someone used my movie as an example of a bad film in a meeting before realizing he’d got his meetings confused and he Didn’t. Even. Backtrack.”

“For the last ten weeks, I have sat at my computer writing a film about a talking fridge. I’m still only on page 12”.

The smell of fear wafted off of our table and overpowered even the stench of the truffle fries we’d ordered because we had seen that folk on Gossip Bucket ate them and thought that some of their success might rub off on us if we scoffed the same.

It was amazing though. We shared (not the truffle fries. I whipped through them in seconds). We admitted we’d been booted off projects that were being produced by students, and dissed by people who had never even heard of Bogdanovich. We admitted we hadn’t got jobs that didn’t even pay real human money, and were ignored at parties by kids who were junior to us once and we thought were hopeless then and great now. At the end of it, I realised that beneath the chip slut exterior of this place there beats the panicking hearts of the likeminded, dreading that the club they so want to join thinks there’s someone better round the corner. And there is. That’s why the place is there. For people to land in and succeed, get chewed up and leave, write a book I will read, a culture to feed.

Later that night, some more new people joined us, friends of friends, and I watched us disperse. The barriers went up, the boast suits put on. “I’ve known him since he was BORN” someone said about the long dead Tyrone Powers. “I turned down Citizen Kane when I worked for the studio” brayed another.

And me, the most shaky of the lot? Well, I could be heard bragasaurusing SO LOUDLY to a person who was in a hit US TV show, “Yes, Oscar nominee Felicity Jones was in my movie. Lovely Felicity. Little Felicity. Bless her. I hope she wins” and nodding like mine was NOT the credit that seems to have been entirely removed from her biog.

Because you gotta fake it til you make it. No-one wants a loser bringing the vibe of a whole town down. Success breeds success and everyone there knew it. You got a celebrity connection, you bloody bring it to the table until someone believes you’re in and wants to employ you.

So on that note, did I mention that long dead wildlife expert Terry Nutkins once asked me for a drink after a chat in a BBC green room? Ultimately, the age difference and fingers bitten off by an otter (his) ruined it for us as a couple but, you know, there was a connection. Didn’t really play in LA, this story, but it kills in meetings with people of a certain age here. Perhaps I’ll just big up the story to pretend there’s a movie in it. Because otters can be Four Quadrant after the the success of Rio, you know.

3 thoughts on “The Smell of Fear in LA”