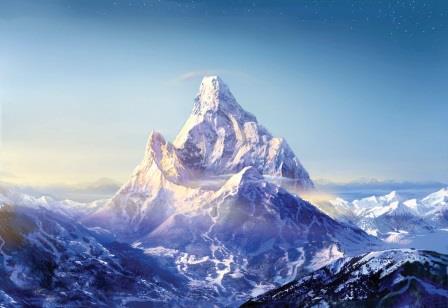 Like some kind of Mordorian tower it looms over the land. We can barely make out the top of it, so shrouded is it in snow, ice and whatever other element that makes things difficult to climb you want to throw in.

The screenwriter, a veritable Kal-El among wordsmiths and the theoretical love child of those other scribbly Gods, the novelist and the songwriter, has brought his full arsenal of creative weaponry. And he’ll need it. For this is a mighty, mighty adversary.

Here at Industrial Scripts, we estimate we’ve analysed 10,000 screenplays between us. That isn’t just read. Or skim-read. It’s read and reported on. It’s analysed and dissected. So here, in no particular order, are our 10 Key Challenges of Writing a Screenplay because, you best believe, this’ll be your Everest in writing terms…

1. THE HARD YARDS. Just as an athlete must go through a disciplined training regime to be ready for competition, so too must a writer build his or her screenwriting muscles. Many beginner screenwriters make two costly mistakes early in their career; 1) Not investing enough time in building their writing skill set before revealing their work to the world 2) Not putting their screenplay through a rigorous development process. You wouldn’t skip the training then expect to run a marathon, and this is no different. Apart from writing a truly great screenplay makes running a marathon seem like four pints down your local. Seriously.

2. A BLUEPRINT, NOTHING MORE. Unlike a novel, a screenplay is not a standalone work of art designed to be read. A screenplay’s audience is not the cinema-goers who pay for popcorn along with their tickets, but the developers, actors, producers, directors and financiers who will get the project made. Screenplays have their own hidden language, shorthands, conventions and rules which are understood by professionals. Writing in this easy-to-learn code is essential to be taken seriously as a professional screenwriter.

3. COLLABORATION IS KING. Whilst a novelist can protect their exact words, and a playwright often sees dialogue performed verbatim, the screenwriter releases their passion project to the development and filmmaking process. A screenplay is an invitation to collaborate. It is the starting point for a complex process which can involve hundreds, sometimes thousands of professionals. Whilst novelists may see only slight adjustments to their work by editors, and playwrights are generally well respected by directors and actors’ performances, the screenplay undergoes a huge metamorphosis from page to screen. Many beginner screenwriters will try to write what they have seen onscreen previously or see in their minds (almost as if they were directing the film themselves) and go into far more detail than is required. Screenplays are blueprints; just as architect’s drawings will be enacted by builders and decorators, so too will your screenplay have life breathed into it at a later stage by capable professionals. It is a guide, rather than an exact command.

4. YOUR MIND IS NOT THE SCENE OF THE CRIME. Novels are often told from a narrator’s perspective and allow immediate access to their characters’ thoughts and feelings – an interior world. The author themselves will often comment on the characters and plot developments in a removed fashion – an author’s voice. Novels can dedicate long passages to describing setting or atmosphere, and use metaphor and similes to paint pictures in the reader’s mind. Stageplays must externalise character’s thoughts into dialogue so as to connect with the audience. Due to physical limitations of space – limited set changes, fewer scenes than screenplays, and the need for audience members in the upper tiers to understand what is going on – dialogue often carries a heavy load for storytelling. Film and Television can utilise close-ups, sudden cuts, multiple locations and fractured timelines. Whilst they can be dialogue heavy (THE WEST WING) they are predominantly defined as visual storytelling. One of the key skills for screenwriters is the ability to dramatise an idea into an action and tell a story visually. ‘Show don’t tell’ is one of the screenwriter’s mantras – that an audience should be shown what is happening and who characters are, rather than told through narration or dialogue. 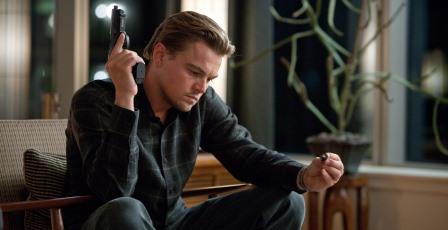 5) FRACTURED FORM. Rather than reading smoothly like blocks of prose, screenplays are fragmented between dialogue, description, character names, location headings and scene transitions. The resulting document can feel more technical than artistic. A screenplay is more like a series of barked instructions than a beautiful flowing river, upon which stories float…

6) COMPRESSION IS THE KILLER. Where novels might range from short novellas such as Joseph’s Conrad’s HEART OF DARKNESS to doorstop sized tomes like Leo Tolstoy’s WAR AND PEACE, films are generally around the two hour mark.  Even when there are variations, a lengthy film such as ONCE UPON A TIME IN AMERICA (220 minutes UK DVD) will only be about three times the length of shorter feature films such as BEFORE SUNSET (80 minutes) – where a large novel’s word count could easily be 20 to 30 times higher than a short novel – lengthwise, novels are highly flexible. Longer films have fewer screenings per day and so do not make as much money for cinema exhibiters, and are tougher for film distributors to sell into the marketplace. And then there’s the poor audience – anything over three hours becomes difficult to watch in one sitting. Conversely, give them something under 80 minutes and they might feel short-changed. But spare a thought for the poor screenwriter – she has to achieve so much, reveal so much, in such narrow confines that one could go mad trying to tick all the boxes required.

7) EMOTIONALLY DRAINING. Creating an entire fictional world and set of convincing characters can be a long and draining, but ultimately deeply rewarding experience. The demands of handling complex plot developments will tax the mind, whilst the process of getting into character’s mindsets – killers, shy teenagers, bereaved widows – can be emotionally draining. But the really tough part about screenwriting in particular is the re-writing – endless drafts, notes and feedback from producers, directors, financiers…the sheer collaboration of it saps energy and time. 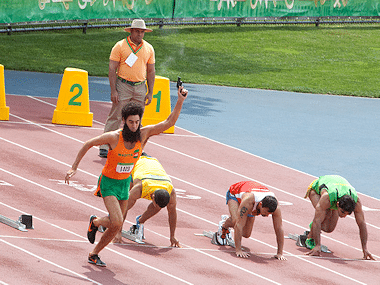 8) COMPETITION. Each year tens of thousands of screenplays land in the inboxes of producers and agents and are registered with the Writers Guild of America. Not to mention all of the half-finished screenplays sitting in writers’ drawers. The budding screenwriter must fend off thousands of challengers for a precious few film production and distribution slots, whereas novelists and book writers have many more opportunities. With the high volume of speculative scripts in circulation, many new writers and unsolicited screenplays are viewed with scepticism by script readers and producers. It may seem unfair that all new writers are tarred with the same brush, but when over 70% of assessed scripts receive a firm ‘Pass’ rating, it is not difficult to see why producers and agents are reluctant to put valuable time and resources into assessing material by unknown writers.

9) SUCK IT UP. Because as a screenwriter, you will be criticised; you are asking a question to financiers, directors, producers and actors – ‘do you want to spend months and even years of your life on my vision?’. Before anyone commits to that process, they will analyse your vision from every possible angle – and employ people specifically to root out the weaknesses of both you and your screenplay. They are both your allies and enemies – people who might disagree with what you’ve done, but are trying to help you reach your full potential. Though you must fight for your vision, you cannot be too protective of your work, and will need to learn to accept highly subjective and personal feedback.

10) SUCK IT UP II. Because you will face rejection; someone will say no to your screenplay. Probably, hundreds of people will say no. Even The Beatles were rejected by record labels, and JK Rowling went through dozens of ‘thank you for your submission, but…’ letters from publishers before HARRY POTTER AND THE PHILOSOPHER’S STONE found a home. Every studio has turned down projects that became global success stories elsewhere. It only takes one ‘yes’ to make a career, but it means hearing ‘no’ a hundred times before. Every ‘no’ takes you closer to your goal. Can you handle that process?

Bottom line? It doesn’t have to be a career; despite all the warnings about the challenges of becoming a professional screenwriter, many people don’t write a screenplay to earn a living – they do it because they enjoy it. Because they love TV and film. Because they want to challenge themselves. Because they have stories to tell. Because they’re retired and have spare time. Because they’ll be proud to say ‘I wrote a screenplay’. If you are in it for the long haul though, you’d better love the process – because you’ll write dozens of scripts, read hundreds, watch thousands and re-write scenes until you’re blue in the face. If you are only after fame and acclaim, you’re probably in the wrong profession.

To paraphrase the title of a Kevin Costner film, it’s all for the love of the game…

If you enjoyed this article, why not check out our article: To Screenwrite Right, Write What You Know?

– What did you think of this article? Give it a rating and let us know your thoughts in the comments box below…

– Struggling with a screenplay or book? Story analysis is what we do, all day, every day…check out our range of services for writers & filmmakers here.

1 thought on “The Screenplay & The Mountain”