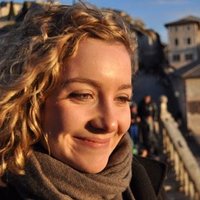 This month’s featured industry guest at The Insider Interviews is Kitty Kaletsky of Black Bear Pictures.

At the time of this interview, Kitty Kaletsky was Vice President, Television at Black Bear Pictures, where she heads up the TV department, and has worked since 2017.

Prior to Black Bear, she began in entertainment in London, where she worked for Stephen Woolley and Elizabeth Karlsen at Number 9 Films on movies such as Todd Haynes’ CAROL, Mike Newell’s GREAT EXPECTATIONS and Neil Jordan’s BYZANTIUM. From there she moved to PeaPie Films as the development executive and next Archery Pictures for producers Liza Marshall and Kris Thykier.

Independently, she produced documentary, ‘The Other Irish Travellers’ for the UK’s most celebrated doc channel, the BBC’s ‘Storyville’.

She then moved to Los Angeles to co-found production company Midnight Road Entertainment, whose slate includes projects set up with TriStar, the Mark Gordon Company and Bankside Films.

Kitty studied English Literature at Oxford University where she was awarded an academic scholarship and was at Georgetown for her Masters in Government. In her life before entertainment, she was a journalist at The Economist in New York and worked on the 2008 Obama Campaign.

Kitty, you’re a Brit who moved out to LA as an Independent Producer, but you’re now at Black Bear as the Head of Television – a prolific financier in the feature film space, and now TV. Can you talk us through your career history in more depth and how you started out…

I started as an assistant at Number Nine Films – when Elizabeth Karlsen hired me, she was interested in my background being a bit off kilter…

After I graduated University (studying English Literature at Oxford), I went straight to the States and worked on the Obama Presidential campaign in 2008 and then I was a journalist at The Economist in New York, I then went to DC and did a Masters in Political Sciences, and by the time I moved back to London, I had done this quite circuitous route into entertainment.

She took a chance on me, and that was very lucky.

At that point they had made INTERVIEW WITH A VAMPIRE, THE CRYING GAME, and END OF THE AFFAIR and I worked on GREAT EXPECTATIONS and CAROL with them.

I then got promoted within Number Nine into Development.

I then got my next job working at PeaPie Films, which became Archery Pictures, and headed up Development there for producers Liza Marshall and Kris Thykier.

In the US there are clearer delineations between departments, but Development and Acquisitions and Production were all much of a muchness at Archery, which I found really freeing and exciting.

I left there and moved to LA – this professional opportunity came up, which I felt I couldn’t turn down, and I’d also fallen in love with LA after being here several times for Sundance and other work trips.

So I set up Midnight Road Entertainment with my business partner, Vincent Sieber, who runs the CS Lewis estate, so overseeing all the Narnia novels. So we were working on THE SILVER CHAIR which was the next book in the franchise.

Now the whole estate has been sold to Netflix by Vince, and that was one of the biggest deals that we set up.

And that then brings me to now at Black Bear, and we’re working on high end, prestige, awards-nominated movies and I’ve started the TV arm which is at an early stage, but I hope is doing justice to the Black Bear brand.

I’m building it up, acquiring projects at script stage, and pitch stage, packaging them up, working with writers, attaching directors, going out to networks and streamers and selling them.

Interview continued inside The Vault…