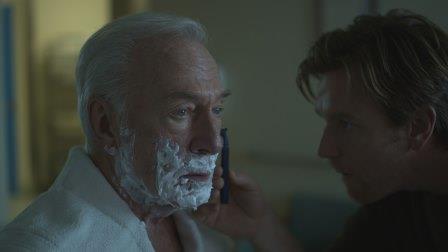 Fertile stories and multi-faceted characters will only take a script so far if the writer cannot repeatedly craft memorable and compelling framing scenes. Industrial Scripts looks at Ewan McGregor starrer BEGINNERS for inspiration in making scenes stand out.

Writer-Director Mike Mills (no, not the bass player from R.E.M) is constantly framing scenes in ‘bits’ – quirky limitations or games played by characters which differentiate potentially clichéd scenes with the unique particulars of these players.

BEGINNERS tells the story of relationship short-termer Oliver (Ewan McGregor), a graphic designer whose father died shortly after coming out of the closet after 45 years of marriage. Just as his father was a beginner in the gay scene, so too is Oliver a beginner in long-lasting love… when he meets actress Anna (Melanie Laurent). Any love story has archetypal beats to encounter; the key is to inject them with a fresh vitality…

1) Boy Has a Past – The Sketches
Backstory and ghost are key to understanding a character’s psychological barriers to love; in BEGINNERS Oliver sketches the women from his past relationships – this is the perfect marriage of his vocation (graphic designer) and his romantic character trait (many short term relationships). No need to complain to a best-friend figure, no flashbacks or montages – simple visual telling in fitting with his career.

2) Boy Meets Girl – The Costume Party
After his father’s death Oliver has lost his joy; depressed, he attends a costume party dressed as Sigmund Freud – representing his own overly analytical and introverted nature. He meets Anna, and the pair play out a ‘bit’ – he analyses her on the couch. Only she’s lost her voice, and can only communicate via a notepad. After dancing, the pair pull off their wigs to reveal their true selves; as with all first meetings, we only see an untrue façade of the love interest – it is not until both parties agree to delve deeper that the truth can begin to emerge. Compare this to the usual ‘their eyes meet across a bar’ introduction. The notepad of course comes in handy when exchanging phone numbers…

3) Boy and Girl Flirt – The Silent Chat
Intrigued by each other, the pair must test their romantic feelings. Anna calls Oliver – only she cannot speak! And so she communicates in elusive beeps by keying her phone-pad. The emphasis shifts to Oliver to propel conversation.

4) Boy and Girl Bond – Ask Me Anything
Love stories begin with isolated individuals who eventually open up on the road to coupledom. A key process is bonding; here Anna senses Oliver’s mistrust of relationships and offers a bonding device suited to his needs – she’s says that he can ask her anything.

5) Boy and Girl Dig Deeper – Actor’s Sad Stories
Browsing a book store, the pair read biographies of famous actors, observing that so many had such sad real life stories; a pleasant date reveals an uncomfortable truth, as the obvious parallel to Anna’s life is inferred by the audience. Rather than an on-the-nose confession, the film allows exposition to come out in unique fashion. It may be incredibly simple – reading a book on similar subject matter – but its concise power belies its simplicity and is overall framing the scene.

6) Boy and Girl Reveal Darkest Secrets – Role Play
Anna has a fraught relationship with her father and ignores his phone calls. Anna switches things up with Oliver – he’ll pretend to be her on the phone, and she’ll pretend to be her father; the game reveals his suicide attempts and emotional dependence on a fragile daughter. Again, dramatising exposition with a framing scenes device.

Every genre has story beats shared across a multitude of films – the moment the naïve innocent first comes under attack in a thriller or the moment dumb teens venture into the killer’s territory in a horror . To tell your story you may have to go through seemingly tired story routes – but you have the power to invest the scenes of that journey with breath-taking originality. No more dates at restaurant tables (ROCKY took us to an ice-rink) and no more teens sneaking into the woods to have sex (a pop-quiz game of life and death opened SCREAM). If you do the ‘standard scene’ – they meet at a bar – make sure the details of the characters define the scenes – George Clooney and Vera Farmiga comparing loyalty cards in UP IN THE AIR.

If you enjoyed this article, why not check out our article: “The Same, but Different” – Screenwriting Tips?