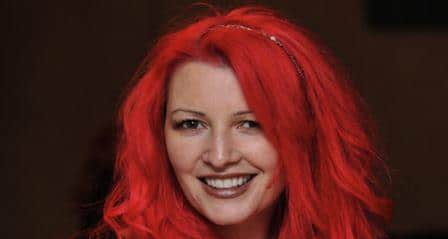 10 British Screenwriters Who Broke Into Hollywood

Our own screenwriting talent is well known on these shores – Simon Beaufoy, Richard Curtis, David Hare, Abi Morgan, Tom Stoppard, Peter Morgan, William Nicholson… the list is impressive. But what about Brit talent working in Hollywood? Industrial Scripts looks at British Screenwriters who have made the leap across the pond to make a name for themselves in La-La Land… 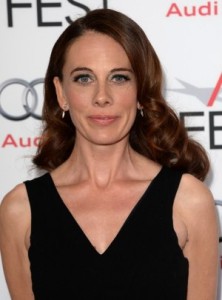 Marcel comes from a highly film-literate family. Her father is director Terry Marcel and her sister is actress Rosie Marcel. Consequently, it makes sense that Kelly went through the typical acting training. She performed in THE BILL and Casualty @ Holby City, was the co-artistic director of Bad Dog Theatre, and did a stint in the increasingly defunct film school of a video rental store. After quitting acting young, Kelly turned to British screenwriting, selling a sitcom pilot about Alcoholics Anonymous to BBC Scotland. Soon afterwards a connection to actor Tom Hardy provided an opportunity to showcase her skills with an uncredited re-write on BRONSON.

Two big Hollywood sales forged Kelly as a hot-commodity. She is currently credited for the unproduced spec feature WESTBRIDGE and the pilot for Spielberg-produced TERRA NOVA. Kelly’s first film release, SAVING MR BANKS, is the story of Walt Disney’s clashes with Mary Poppins’ author P.L. Travers. Oh, and you might just have heard of her most recent gig… FIFTY SHADES OF GREY. 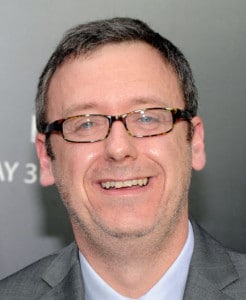 2) Gary Whitta – AFTER EARTH, THE BOOK OF ELI

Gary is perhaps best known for his gaming exploits. He’s the founder and editor-in-chief of PC Gamer magazine. As a journalist, he moved into the film world with short-lived publication Total Movie magazine. Gary developed his story skills as a contributor on games such as DUKE NUKEM FOREVER and GEARS OF WAR , as well as comics based on the DEATH JR character. Soon he transitioned into screenwriting with television episodes of FUTURAMA and STAR TREK VOYAGER.

Gary is a great example of turning experience and skillsets into writing opportunities. He knew about guiding characters through unknown terrains, and overcoming perilous situations. This knowledge helped Gary create AFTER EARTH and THE BOOK OF ELI. Though neither are video game properties, they both spin from Gary’s expertise in the one-man-alone odyssey sub-genre. Yes, playing video games can increase your job prospects!

Simon was born in the UK but was educated in the United States – perhaps a slight cheat on this list. He was an early starter in the writing world, selling a pitch whilst still in film school. His Columbia Film School thesis project, MR & MRS SMITH, would eventually push $500m at the worldwide box office. Simon has been strongly involved in the X-MEN universe, co-scripting X-MEN: THE LAST STAND and producing X-MEN: FIRST CLASS. You’ll see his (uncredited) hand at work on a number of blockbusters such as FANTASTIC FOUR and KNIGHT AND DAY.

Stuart made a splash writing ambitious spec scripts. His first sale pitched as DIE HARD on the London Underground. Afterwards, he became renowned as a rewrite specialist – he worked on an unused draft of PAYCHECK and had collaborative relationships with directors Alex Proyas and Scott Derrickson (KNOWING, MASQUE OF THE RED DEATH, THE TRIPODS, PARADISE LOST).

Born Anton Lemuel Kitaj, Lem’s chosen screen name is inherently cinematic – “Dobbs” taken from Humphrey Bogart’s character in THE TREASURE OF THE SIERRA MADRE. Lem’s career was kick-started with the almost mythical unproduced spec script EDWARD FORD (a favorite amongst Hollywood producers, agents and copy rooms) which gave him the opportunity to re-write ROMANCING THE STONE. In addition, several of his past specs were picked up – such as KAFKA – which lead to a productive partnership with Steven Soderbergh. Their teamwork resulted in the creation of THE LIMEY and HAYWIRE.

Famed as the writer and director of TITANIC, sorry TOYTANIC, Joe will be best remembered by many as half of the comedy duo and toy-parody recreationists Adam & Joe. Joe’s collaboration with Edgar Wright led to his being a scribe for Spielberg & Jackson on the 1st Tintin installment, THE SECRET OF THE UNICORN, and on the upcoming addition to the Marvel universe, ANT-MAN.

After his directorial debut, ATTACK THE BLOCK, was met with widespread praise, Joe is in hot demand behind the camera.

These writers are behind the low-budget indie-darlings INCEPTION, MEMENTO, and THE DARK KNIGHT TRILOGY. Hopefully they can break out into mainstream success eventually. *Sarcasm.* Christopher alone has had 26 Oscar nominations. It’s no wonder the pair are such a powerhouse.

Hossein rose to British screenwriting prominence with period pieces JUDE and THE WINGS OF THE DOVE, before spreading to international waters with SHANGHAI and KILLSHOT. His recent cult classic DRIVE helped solidify his image as a specialist in the art of adaptation. 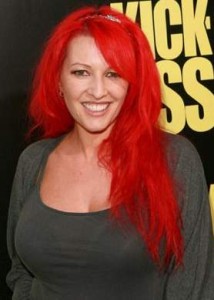 George emigrated to New York and found acclaim as a playwright, before his partnership with Jim Sheridan produced IN THE NAME OF THE FATHER and SOME MOTHER’S SON. This success allowed Terry to show-run. He is co-creator and chief writer of long-running Washington DC cop show THE DISTRICT. A second Oscar nomination for HOTEL RWANDA was followed up by an Oscar win in the short category for THE SHORE (links to video).

And Some New Names To Look Out For…

11) Dominic Morgan & Matt Harvey – These Brit writers and recent Launchpad finalists sold their contained thriller HYPERBARIC to Voltage Pictures. The film is the tale of a traumatized sailor in a homemade drug running submarine. (Bet you haven’t heard that one before.) Morgan and Harvey are proof that the Stuart Hazeldine strategy of going high-concept can help to launch a career, and that British writers shouldn’t be afraid to embrace genre pics.

12) Rory Haines – Haines is one half of a writing partnership with Sohrab Noshirvani and is repped by UTA. His recent spec sale FROM HERE TO ALBION, a tale of violence and revenge set on the British coast, has landed with Participant Media.

British Screenwriter’s Roots are Usually in the UK

British Screenwriters might dream of packing up to make it in the City of Angels- especially when the winter winds whip up- but the foundation for success often lies in UK connections or domestic calling card pieces. You’ll need to have clout and a strong skillset to be a viable commodity from afar.

The new wave of writers such as Rory Haines, Dominic Morgan & Matt Harvey made the leap early in their careers. Time will tell if they break through. Yet if these writers can do it, why not you?