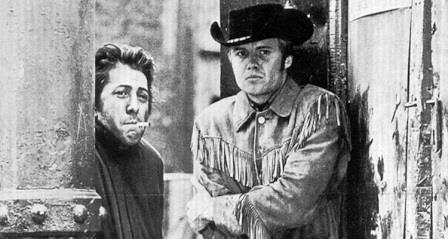 Mastering the basics is an essential step in any screenwriter’s career progression – and yet many aspiring screenwriters forego very simple script choices which would make their projects stand out from the swirling mass of unfilmable spec scripts. 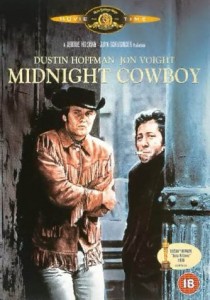 1. The country boy… goes to the city
Naïve small town player and statuesque stud Joe Buck (Jon Voight) heads for the Big Apple, sure he’ll be able to use his country cowboy schtick to earn a living as a gigolo – his subjective view on the world is about to come up against hard objective truth, and the protagonist opens with a clearly defined goal and world-view.

2. Joe wants to be paid for sex… but Joe pays his 1st client
After picking up a woman on the street and bedding her, Joe seems to have accomplished his goal early… only she thinks they’ve had something more meaningful and starts crying… and Joe pays for her taxi ride. The scene spins 180 degrees.

3. Thinks he’ll beat the city… but the city beats him
Joe rents a long-stay hotel room, a base of operations from which to launch his career. Joe’s excited to have his own TV… until he realises he needs to deposit 25c to watch. A great example of a micro moment being indicative of macro dynamics, as even the inanimate furniture is out to hustle poor Joe. 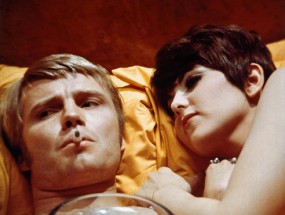 5. Thinks meeting pimp… but meets religious zealot
Rizzo promises to set Joe up with a powerful pimp and a golden ticket to the big time (for a fee, naturally)… only Rizzo scams Joe and leads him into a meeting with a religious fundamentalist.

6. Runs from washing dishes… but washing dishes might be his only salvation
Having run from a menial dishwashing job in Texas, Joe is broke, his dreams seemingly in tatters… and now his only hope might be a ‘help wanted’ restaurant sign. This offers Joe a chance to turn back and accept psychological defeat (a milestone on his quest), but he refuses to live his old life – onwards!

7. Joe wants to seduce women… but Joe appeals to gay guys
Unable to attract women, Joe’s cowboy outfit and innocent charm actually play better on the 42nd Street gay scene, and Joe is picked up by a young guy. Of course, the man doesn’t have money to pay, only revealed after their encounter. A great example of kicking a character when he’s down – but also provides Joe with an opportunity to show his innate humanity, as he refuses to mug the guy for his watch in recompense (another psychological mile-marker).

8. Rizzo takes advantage of Joe… then Rizzo teaches Joe
Having opened their relationship with a scam, a guilty Rizzo then takes Joe under his wing to show him the ways of the metropolis, an enemy becomes an ally. Joe lives with Rizzo in an illegal condemned squat, as Rizzo teaches him survival at the bottom of the ladder.

9. Rizzo lives in cold New York… but dreams of moving to sunny Florida
As the pair bond, Rizzo reveals his dream, to leave behind the pneumonia and winter chills for a life by the beach.

10. The dirty survivors … are invited to a pretentious art party
Amused by Joe’s outfit, a pair of Warhol-esque artists invite Joe and Rizzo to a drug fuelled party where our heroes are fish-out-of-water. And in this unlikeliest of places, Joe finds a woman willing to pay him for sex. 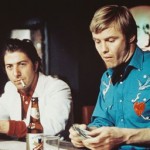 but friend needs to leave town
Having finally landed a paying gig – and a recommendation to boot – Joe is now making a name for himself. But Rizzo’s illness worsens, and at the worst possible time, Joe knows he needs to help his friend leave town. A clear dilemma for our protagonist to make an active choice and prove his character – stay and leave his bogus dream, or accept true friendship and help Rizzo?

12. Joe pays off a hurt customer… Joe assaults a vulnerable man for money
Joe’s first gigolo encounter saw him pay the client, but his last encounter will see Joe mug a vulnerable elderly gay man, to raise money for Rizzo.

13. Wears cowboy clothes with pride… ends up dumping them in the trash
Joe and Rizzo ride south to Florida. Having once treated his cowboy outfit as his pride and joy, Joe now dumps it into a trashcan – a great rhyming scene which visually expresses change.

Too Simple to be True?
MIDNIGHT COWBOY is nearly half a century old, and screenwriting and cinematic storytelling have progressed. But the painting-by-numbers, bold contradictions approach still holds true today…

Many specs assessed by Industrial Scripts struggle to draw clear goals and setbacks, which provide conflict between mismatched characters, set in a world which constantly challenges the protagonist. Get the basics right, and your script will be on much firmer footing…

If you enjoyed this article, why not check out our article: Framing Scenes for Maximum Impact – Lessons from BEGINNERS?