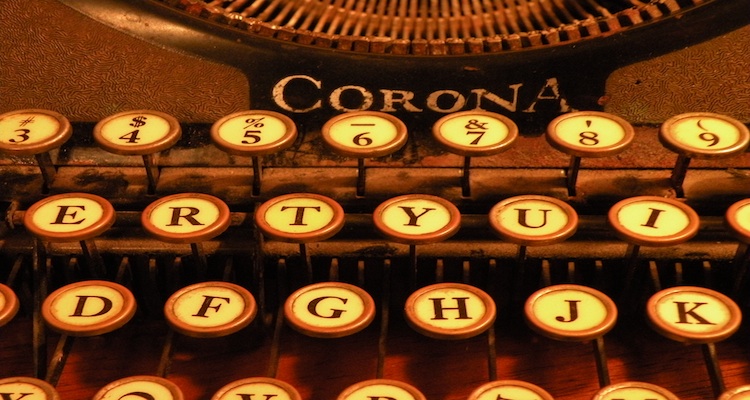 The path from script to screen is often torturous – but made longer when excuse making and defeatism set in. Industrial Scripts looks at common film industry excuses and defences no writer should be making – and how to overcome the seeming obstacles.

Don’t have a spare $60k for USC or £11k for NFTS? Then line your shelves with the tomes of McKee, Gulino, Snyder, Hauge, Field, Aronson, Akers et al to cover the theory side. Lew Hunter’s ‘Screenwriting 434’ is based on a unit from UCLA’s courses. For the interaction and feedback of peers, join a writing circle. If there isn’t a writing group near you – start one.

2. It’s All About Who You Know

Then get out there and start meeting people, and work in the film industry if possible, even if it isn’t in your chosen specialism. Would you hire that trusted 7/10 acquaintance, or the unknown 9/10 stranger? Do you give new restaurants and bars a try, or mostly return to the same ones? Every industry is relationship driven, especially with the film industry, and humans are conservative in making choices – experience, not risk, drives most of our decisions. Ron Bass (RAIN MAN) was an entertainment attorney for seventeen years, whilst David Hayter picked up his breakthrough X-MEN writing job by being on-set and offering suggestions – both leveraged their networks.

3. You Have to Have Made Something to Get Something Else Made

Then make something – stage a play, produce a short film, a viral video – having a produced sample is much more persuasive than the uncertainty of a stand-alone spec script from an unproduced writer.

4. Email has Flooded the Market – it’s Full of Wannabes and Hard to Get Noticed

Write a physical letter. Make a phone call. Stand out from the crowd.

5. My Last Script Had Traction, but No-One Bit

Write something else. That decent-but-not-great-script probably nudged doors open – but don’t obsess over re-writing it forever when you could be following up with a new product.

6. It’s Too Ambitious; No-One Will Make It

If your magnum opus is a £150m sci-fi, perhaps best to save it until you’re established. EXAM, THE DISAPPEARANCE OF ALICE CREED, BURIED, PHONE BOOTH, TWELVE ANGRY MEN – amazing what you can do with a small budget and a few locations. Think like a producer and plan for production.

7. I’ve Got All These Ideas, but no Time to Write Them

Kids, work, commuting – writing is tough when it’s a second job. So it’s up to you to plan the best use of your time, even if you can’t make more time. Break the beast down into manageable chunks – character ideas, scenes, sequences, acts, jokes, exercises – and slowly but surely fit them around your schedule until you can move forward. 20 minutes a day is still over 100 hours by the end of the year – enough time to plan out a script.

8. They Stole My Idea! Or They Might Steal My Idea!

If you only have one idea, then you probably won’t make it in the film industry anyway. Agents and managers are looking to build careers and sell writers, not just scripts. And honestly, everything has either been done somewhere before, or is at best a twist on something else. If no-one reads your script, how’s it going to get made? Register it and track submissions, but get it out there. One of the Industrial Scripts staff once wrote a screenplay about a family’s financially motivated road trip across Nebraska… and here’s Alexander Payne with NEBRASKA. Coincidence? Yes! Move on.

9. It’s All Sequels and Blockbusters

It really isn’t. From Shane Carruth’s UPSTREAM COLOR, to Leos Carax’s HOLY MOTORS and Apichatpong Weerasethakul’s  UNCLE BOONMEE WHO CAN RECALL HIS PAST LIVES, there is some freaky stuff getting wide distribution. If THE HUMAN CENTIPEDE can find release, then so can your avant-garde opus or schlock dark horror. But don’t take your historical drama to Blumhouse or wonder why ITV won’t commission an ultraviolent serial killer piece. From studios to mid-level prodcos and independent producers, there is a home out there for your script – but you need to find it.

The Black Magic camera costs around £1500. Robert Rodriguez, Christopher Nolan, Charles Burnett, Peter Jackson, Sam Raimi, Tobe Hooper, Ben Wheatley and Quentin Tarantino (yes, RESERVOIR DOGS was not his first film), broke in through DIY efforts, so why not give it a shot?

Are you being held back by any of these excuses? Make sure you’re not your own antagonist. Just like your characters, you must conquer yourself before you conquer the world. Rather than railing against injustice, work to overcome it…

If you enjoyed this article, why not check out our article containing 10 Great Quadrant Movies Screenwriters Can Learn From?

– Struggling with a script or book? Story analysis is what we do, all day, every day.. check out our range of services for writers and filmmakers here.