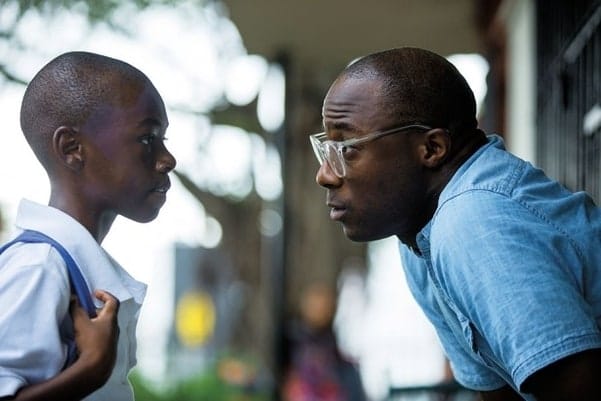 Barry Jenkins is undoubtedly among this generation’s most influential and important directors, producers and screenwriters. We have complied a list of 15 of the most inspiring Barry Jenkins Quotes to prove it.

Despite initially not wanting to become a filmmaker, Barry Jenkins has made a significant impact on the filmmaking world. His films typically challenge stereotypes, and centre on important social issues such as race, identity and sexuality.

Jenkins’ initial interest in the industry was sparked when he attended Florida State University College of Motion Picture Arts. Here, his passion for filmmaking would develop as well as his partnership with Cinematographer James Laxton, who he would later work with on MEDICINE FOR MELANCHOLY (2008) and MOONLIGHT (2016).

The Move to Los Angeles and Jenkins’ ‘Big Break’

In the 2000s, having graduated, Barry Jenkins moved to Los Angeles and became a production assistant for two years. His first feature film which started to make him a name was MEDICINE FOR MELANCHOLY.

The film generated buzz and demonstrates Jenkins’ initial interest in developing films focusing on identity, with a distinctly cine-literate touch.

It was on the back of this success that Barry Jenkins was able to develop small budget, yet extremely successful films such as MOONLIGHT (2016) and IF BEALE STREET COULD TALK (2018). Both of these films gained serious praise within the industry and furthered Jenkins’ status in Hollywood.

MOONLIGHT,  Barry Jenkins’ second feature, memorably won best picture at the 2017 Academy Awards. His adaptation of James Baldwin’s novel, IF BEALE STREET COULD TALK, likewise was a box office success and received much praise amongst critics.

These two films in particular have solidified Barry Jenkins’ name in the film industry. The films have caught the eyes and ears of viewers worldwide. His adaptation of Colson Whitehead’s novel ‘The Underground Railroad‘ has those eyes and ears peaked.

Jenkins’ devotion to creating engaging, believable characters and narratives is central to his success and individuality. He is often influenced by his own experiences, which in turn successfully create an effective and special director-viewer relationship.

He has a dedication to the craft of filmmaking, which makes him feel like a true artist. His films remind us of cinema in its purest sense, as art.

This is why we have listed the 15 most inspiring Barry Jenkins Quotes below for you to take a look at! His words shine a fascinating light on his experiences and give insight into his creative process.

Barry Jenkins on… Being a filmmaker and screenwriter:

1. “As a writer, a blank page will humble the hell out of you. It always does, and it always will.”

2. “To me, no matter who you’re casting for what role, if something’s authentic, usually you can mine something good there.”

…Putting a bit of yourself into your film and connecting with your audience, Jenkins says:

5. “How did I feel as a guy who was making a movie about a single mom who’s a crackhead? That- I was scared. I mean, it was very scary. But part of that’s because it was so personal and real to me.”

6. “As a filmmaker, I really want to utilize the tools to carry the voice – my voice, and the voice of the characters.”

7. “Making films. It gave me a voice. Legitimately saved me.”

8. “My films are personal-voice-driven films about human characters and the place we live. Technically, I’m an independent filmmaker.”

9. “Moonlight changed me. To see people so moved by this movie inspires me to find something else to offer. And maybe the next one touches only five people or maybe just one person. To me, you know, that would still be worth it.”

…Being your best self, Jenkins says:

10. “I’m always about, ‘What is the most productive version of what I’m putting into the world? Something that can be engaged by all folks. I don’t have to change everyone.”

…Finding and being confident and comfortable with your identity:

11. “I think everybody can identify, you know, with this sort of struggle to decide for yourself who you are, you know, and what your place in life is.”

12. “Cinema is a little over 100 years old, and a lot of what we do is built around film emulsion. Those things were calibrated for white skin. We’ve always placed powder on skin to dull the light. But my memory of growing up in Miami is this moist, beautiful black skin.”

…Anyone has what it takes to become a filmmaker:

13. “I got into film school. I went and didn’t know anything about it. Over the course of two years, I kind of got kind of good at it. You know, I had a brief moment where I wasn’t sure if I could do it. I didn’t know you needed light to expose film.”

14. “There’s nothing in Hollywood that’s inherently detrimental to good art. I think that’s a fallacy that we’ve created because we frame the work that way too overtly. ‘This is Hollywood.’ ‘This isn’t Hollywood.’ It’s like, ‘No, this is actually all Hollywood.’ People are just framing them differently.”

And finally, Barry Jenkins on… Reminding audiences of the value and importance of their life: