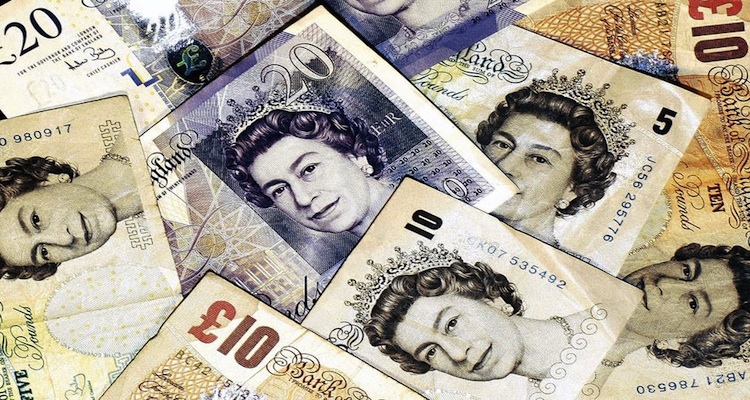 In America, screenwriters can earn an average annual wage of $77,260. At least, that’s what the Bureau of Labour Statistics tells us. The evidence is there: Bill Marsilii and Terry Rossio earned $5m for their spec of DEJA VU, while M. Night Shyamalan took home a healthy pay packet of £2.5m for THE SIXTH SENSE.

However, while the big guns continue to hog the (even bigger) bucks and headline deals, albeit pushing the limits of the financier’s generosity, exactly how much can the average scribe expect to earn on home soil? Industrial Scripts examined the rates paid to screenwriters working within the UK.

Components of a Deal

[dropcap size=big]When negotiating a deal, the following are important components for the screenwriter to consider:

AGAINST – essentially, this stands for the value of unproduced script against produced script, eg. the fee if the project is green-lit. (DEJA VU valued $3m against $5m.)

OPTION – contractual agreement made between producer and writer/third party, which includes payment to hold ownership and rights on a screenplay (akin to rental). Option prices can reach 10% of the overall purchase price. (May include specified or negotiated fees for extensions if option exclusivity expires.)

GUARANTEE/FRONT-END – money guaranteed to writer and paid upfront by producers, regardless of whether the film is made.

STEP DEAL – fee paid upfront will usually be split into gradual payments according to targets involved throughout the process of reaching a final draft. (For example, a ‘three-step deal’ may include a fee for a first draft, a rewrite, and then a polish. Producers may negotiate/undertake further optional steps, regarding second drafts and rewrites. For all steps, money is usually paid to writer in the ratio of 50% upon commencement of step and 50% upon completion of step.)

BACK-END – money contingent on production and release, such as a payment triggered by the first day of shooting.

BONUSES – in addition to the ‘back-end’ fee, writers may receive bonuses, which are often based upon performance markers. This may include: box office returns, compensation regarding right of first-refusal of sequels, a budget bonus if the film attracts additional financing, and a sole-writer credit bonus if no other writers need to be hired. (Smaller bonuses are implemented for shared credit projects.)

Examples of the process of payments made within a step deal can be overviewed here.

[dropcap size=big]As a general rule of thumb, screenplays account for 1% to 2% of a film’s budget. However, arguably, screenwriters are entitled to ask for up to 5% in fees paid to them for rights to the material. Overall, this means that screenplay compensation varies drastically, according to such individual production costs.

The figures indicated above represent the minimums outlined by the Writer’s Guild of Great Britain. However, specific negotiations and/or experience of the writer can elevate such fees and produce higher numbers within the UK, peaking around the £150,000 bench-mark for mid-level talent. These particular deals will be those that involve a greater number of steps and payments (eg. for polishes and rewrites). Such steps do not necessarily indicate more work from the screenwriter, (thankfully!), but are more likely a reflection of the bargaining power of established writers. Such screenwriters may wish for payment for every re-draft, whereas those of less experience may be willing to complete extra steps for free.

The indicated figures are also unlikely to present themselves in one jackpot pay-out, and are more likely to be distributed across the course of the step-deal, which may last a number of years. This is especially relevant in regards to back-end net bonuses (though it would serve you well to remember that 5% of nothing is, well, nothing) – so it may not come as such as a surprise that the majority of screenwriters who have ‘made it’, still work a 9-5 job. (Sigh!)

Television Pay in the UK

[dropcap size=big]Within the Television industry, the majority of contracts are formed upon the foundations of a collective agreement secured by the Writer’s Guild, in collaboration with the BBC, ITV and any independent producers.

On a happier note, who wants pay just for getting out of bed? Work for the BBC!  once under contract, the company is willing to hand out £102 per physical attendance! (We’re pretty sure Steven Moffat is on an ever higher day-rate!)

As of the 1st November 2015, the BBC agreed to increase the minimum fees of writers commissioned under the Television Writers and Sketch Agreements act by 2%. Small screen compensation does vary depending on origination of material – however, the following are the most current rates:

As of the 1st May 2015, ITV also amended their minimum script commissioning fees, according to those detailed in Schedule B of the Agreement. They are as follows:

[dropcap size=big]Residuals are usually calculated on the basis of ‘revenue’/company receipts, or are ‘fixed’/’run’ based, according to a set amount agreed for every exhibition of the work.

The following information regarding residuals and repeat fees has been sourced from the Writer’s Guild of Great Britain’s PACT (Producers Alliance for Cinema and Television) agreement, which was established in 1992, and can be seen in full here.

The Additional Use Pre-Payment fee is an advance against the payments listed below (all limited to seven years):

Screenwriting pay continues after the seven-year limit elapses; each additional UK television transmission of the feature film earns the screenwriter an extra 20% of the appropriate scale fee.

Two additional rights can be purchased as part of the total minimum payment fee. Producers can opt to include WORLDWIDE THEATRICAL RIGHTS, or rights that grant them TWO UK NETWORK TV TRANSMISSIONS AND LIMITED DOMESTIC THEATRICAL RELEASE.

This fee buys all rights except those listed below, which amount to the Additional Use Pre-Payment fee:

However, while the PACT agreement remains the only collective agreement for film writer contracts in the country, the date of the document means that rates do not account for issues such as digital exploitation, or instances of inflation.

According to the Writer’s Guild Writing Film Practice Guide screenwriters must receive royalties for internet and/or video-on-demand downloads, which should be covered within their contracts. This includes films available for free over the internet, on sites such as YouTube. Internet companies must pay a fee for these rights.

In regards to New Media, the BBC pays TV drama screenwriters an additional 15% of the minimum fee for rights to use the programme on other services, including: catch-up, iPlayer, and repeats on sister channels, BBC3 and BBC4. Other channels have undergone a similar agreement. ITV pay lump sums to screenwriters for use of programmes on ITVplayer, while Channel 4 has paid writers royalties of 5.6 per cent for repeated use on 4oD.

In reference to downloads, BBC Worldwide award screenwriters royalties of 5.6 per cent of their receipts, while similarly, BBC and Channel 4 programmes downloaded from iTunes can, again, amount to 5.6 per cent’s worth of royalties.

(Note: According to the Writer’s Guild of America , as of May 2nd 2001, credited writers also receive a “DVD script publication fee”, which amounts to $5,000.)

Overall, the average pay for UK screenwriters appears pretty subjective. Generally, fees depend on the experience of the screenwriter, the commercial value of their material, and the general excitement/interest of the producer. While minimum fees are pretty transparent, “dollar deals” still find their way into option agreements, and many new writers are prepared to turn down upfront payment, just to see their film enter into production.

Seasoned screenwriters consider this approach as exploitation, and while the newbies among you may not be in any position to negotiate minimum fees, ensure you avoid signing yourself up to endless re-writers, or back-end deals that never emerge! Collective agreements are there to ensure the protection of new and less experienced writers.

Granted, there’s not a great wealth of easily accessible information out there. However, always ensure you know the full terms at hand, and don’t make the mistake of entering a deal too early. After all, the more developed the idea, the higher the price, as a spec script has the potential to earn you a lot more buck for your bang. Or, in the throes of pure entrepreneurial excitement, if times get tough, you could always pull an Eric. D Wilson. Although, we wouldn’t recommend it.

– Penny for your thoughts? What did you think of this article? Give it a rating and leave us a comment in the box further down…

1 thought on “How Much do UK Screenwriters Earn?”