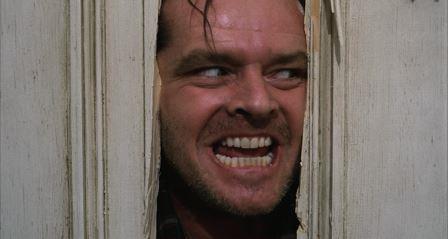 After Spielberg and Lucas’ dire warnings on the future of the film industry and the growing box office prominence of high budget tentpole releases, many audience members are asking; where are the mid-budget movies classics of yesteryear?

Industrial Scripts breaks down the reasons behind the loss of the mid-level film and looks at mid-budget movies whose pathway to a greenlight would be much tougher in today’s environment.

Does HBO do it better than the cinema?

Why leave the comfort of your home to trudge to the local fleapit when DEXTER, BREAKING BAD, HOMELAND, GAME OF THRONES, THE WALKING DEAD and BOARDWALK EMPIRE are being piped into your living room?

The Golden Age of TV drama which took flight with THE WEST WING, SIX FEET UNDER, 24 and THE SOPRANOS has cannibalised cinema – making it much harder to break even on a $50m one-off drama. Touchstone spent an eye-watering $90m on Michael Mann’s tobacco industry exposé THE INSIDER – only to recoup $60m at the box office.

Mid-budget movies studio drama has migrated to the small screen – remember that when writing your next spec script. Even Spielberg nearly had to make LINCOLN with HBO.

We can do it for half the price – horror is cheap

In a world where THE BLAIR WITCH PROJECT, PARANORMAL ACTIVITY and INSIDIOUS can scare up big box office from small outlays, the mid-budget ‘respectable’ studio horror film is an outdated concept. Recent hits MAMA ($15m) and THE CONJURING ($20m) push the budget ceilings for mainstream horror.

James L. Brooks is a hero of both the big and small screen – but after HOW DO YOU KNOW’S $48m take against a $120m budget, it seems that the days of the high-budget big star rom-com drama could be over.

Unless Rachel McAdams can save us.

War? Huh? What is it good for? – Box office failure, that’s what

THE HURT LOCKER beat AVATAR to the Best Picture Oscar – but how did the box office stack up? $49m versus $2,782m. An example of a mid-budget movies glut of Iraq-inspired films underperformed at the box office (especially in the US) – THE KINGDOM, LIONS FOR LAMBS, IN THE VALLEY OF ELAH and RENDITION – showing that when our news feeds and small screens are satiated with a story, a trip to the cinema to relive the same experience is perhaps not at the top of everyone’s agenda.

David Cronenberg and Viggo Mortensen’s under-rated thriller took home a healthy $56m – yet even Cronenberg himself admits that a possible sequel is off the table.

Andrei Tarkovsky’s original is one of the classics of world cinema, but $47m for a philosophical rumination on memory, loss and love always seemed a risky prospect – even when set in space. After delivering the box office bonanzas of ERIN BROCKOVICH, TRAFFIC and OCEAN’S ELEVEN in consecutive outings, Steven Soderbergh was perhaps owed a free rein – and it doesn’t hurt when James Cameron is producing. The Continued Adventures of George Clooney in Space gives us the up-coming Alfonso Cuaron helmed GRAVITY, which is sure to take a more crowd-pleasing approach given its $80m budget.

Someone will make it

The mid-budget movies studio flick isn’t dead – perhaps on life support (DREAM HOUSE didn’t help) – and someone will always take the risk. But with star power dwindling, marketing costs rising, and tie-in revenues exploding, expect to see the major studios focussing on high-budget releases – and leaving drama to the cablers and indies. There is some hope – the Chris Pine resurrected Jack Ryan series will relive the 1990’s thriller hey-day which saw the likes of the PATRIOT GAMES and THE FUGITIVE.

-What did you think of this article? Give it a rating and let us know your thoughts in the comments box further down…