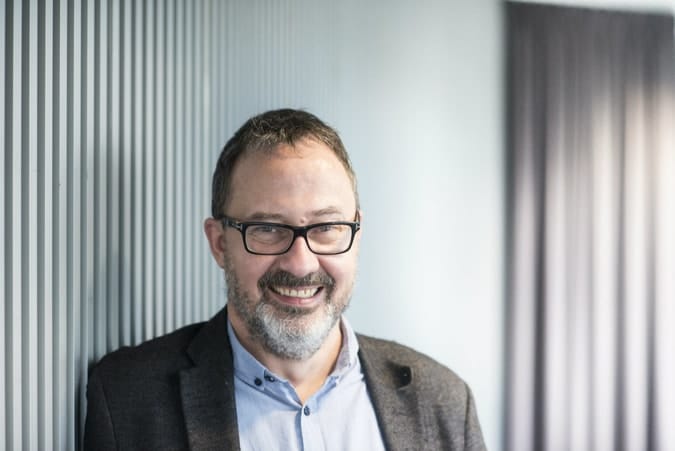 This latest iteration of our Insider Interviews Series is with Steve Matthews, currently VP Executive Producer for Drama Development at HBO Europe.

Steve has had a wide-ranging career since getting started in the late ’80s. He was Consulting Producer on all three series of Neil Jordan’s series The Borgias for Showtime Networks, and produced four series of RTE’s award-winning Dublin gangster series Love/Hate.

Before that, he was formerly Head of Development at Ray Winstone’s Size 9 Productions and worked as a script editor at the BBC on Silent Witness.

He has been at HBO Europe since 2014, where he has worked on series including Pustina, Aranyélet, Blinded By The Lights, Uspjeh, The Sleepers, Foodie Love, Gösta and Beforeigners. Steve works with the original production centers in Poland, Hungary, the Czech Republic and Romania and local creative teams on their original series and miniseries development. He also works on adaptations from international formats.

We spoke to Steve Matthews in January 2021 about his experience of the industry, how he got started and what his role looks like.

What does your job look like on a day to day basis?

“Well, a year ago it looked like an airport. I was generally traveling to two cities a week, sometimes three. Now of course I am in my room at home.

I work as an Executive Producer for HBO Europe but script development is the core part of my role, working to support writers and teams across our territories wherever I can be useful. So it’s a lot of script reading and, now, a lot of zoom calls.”

What has your path been and how did you get started in the industry?

“I came into the industry with an English degree and like everyone else I started as a runner, making tea and coffee. I was lucky way back then (1989!) to join a company that was a sort of loose group of producers and which was expanding quickly. It was fairly obvious that there was a need for a central script resource. So I said – why don’t you let me read some scripts? So I went from runner to Head of Development very quickly.

Of course I had no idea what I was doing. But the good thing was that I got experience in a lot of areas: series, TVMs, features, miniseries, children’s TV. I saw a lot of the right and wrong ways to do things.

Also, that company was unusual in that it was very international in its outlook, they were doing co-productions before they were fashionable. So I did co-productions with France, Germany, Japan, Australia. That international perspective, the ability to understand different cultural ways of telling stories, was excellent early experience for what I do now (at HBO Europe).”

What is your most formative cinematic, or television, experience? In other words, when did you know you had to make this your life?

“I don’t know, I’d like to say something arty like Citizen Kane but really it was commercial TV as I grew up. Starsky And Hutch, The Sweeney, then maybe Hill Street Blues.

The first Twin Peaks had a massive influence on me just as I was starting in the industry – that opened me up to the first glimmer of what might be possible in TV.

But I always loved genre TV, and remember this is a decade before The Sopranos and The Wire – TV wasn’t cool back then – but that’s what I wanted to do.”

What is a piece of advice you don’t hear enough that you feel is helpful for screenwriters just starting out?

“Write what you want.

I heard a great piece of advice from a producer back in the ’90s, she said: “Find out what absolutely nobody wants – and develop that. By the time you have a script the trends will have changed”.

So do something different. Your project has to stand out.

Watch a lot of TV, understand the craft, see how it’s done.

Take risks. Write from the heart. Put yourself out there. Write something personal that hurts to write.”

What movies and/or TV series have you enjoyed recently and why?

“I’m just getting into the last series of The Bureau – I think that and Spiral out of France are as good genre TV as there is in Europe right now. Sharp, slick, ambitious but still TV series, and brilliantly produced.”

What does the future of the industry look like to you? In other words, what is changing in film & TV and how is the industry reacting to it (as you see it)?

“What I am sure of is that it is and will remain a good time for writers and especially for new writers. The hunger for content is not abating, the networks and streamers want a lot of stuff – and that is creating a lot of opportunities for people coming into the industry.”