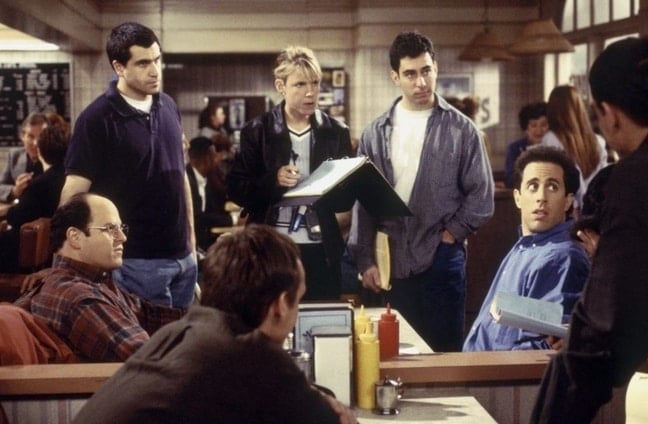 When we think about screenwriting we tend to think about the writer behind the work we eventually see on the screen. But what about all of the other important jobs we don’t see that help the script become successful? A lot of work goes on behind the scenes. And for burgeoning writers, it can be easy to lose sight of the hard graft that goes on to make films and TV shows come to life. One of these crucial job roles that often goes unrecognized is a script coordinator.

In this article, we’ll look at what goes into the job of a script coordinator. What are the fundamental responsibilities and how can you pursue this career path?

What is a Script Coordinator?

The script coordinator is a liaison between the written script and the production; making sure everything is in order for an efficient and effective reading and execution of said script.

More often than not they’re on the front line in terms of receiving the script. And it will then be their job to get that script out to all the relevant departments. In this sense, they act as a lubricant between the writers and production roles.

The script coordinator is responsible, overall, for keeping track of the changes, notes and annotations made on the script as it makes its way through the various team members and stages of development. The script coordinator must filter everything and maintain a clear and up-to-date script. This, in the end, will facilitate a smooth and efficient production.

What Are a Script Coordinator’s Responsibilities?

Mostly though, the script coordinator’s responsibilities will break down into (but not be limited to) the following…

As well as looking out for spelling and grammar mistakes, they will also be looking out for formatting errors. They will be crucial in assessing whether the script is functional and readable overall.

In TV series’ there will be many hours of story to convey. And so the script coordinator serves a vital role in tracking the continuity of important elements across these hours. There will likely be a great amount of work to keep up with. So the script coordinator may use tools such as spreadsheets to keep an efficient log of all the elements that need to remain consistent.

The script coordinator isn’t strictly a creative role. However, they can still be vital in providing feedback to the writers. They’re an editor in this regard, helping the writer(s) smooth out their work and acting as a soundboard. No great writing is created in isolation. The script coordinator, therefore, can be one of many roles in the production process that provides feedback.

Another important job is taking note of any elements within the script that may need to be cleared legally or may present potential problems down the line. They will then likely take the issue further up the chain to a lawyer or producer.

So it’s not necessarily the script coordinator’s responsibility to be the final word on legal matters. But they will flag these potential issues. Then, if these issues are not immediately solvable by the removal of such elements, the script coordinator will carry them to another production member who can resolve the issues resoundingly.

The writer(s) may not even realize they need help in this way. Once the first draft is handed to the script coordinator, accuracy checks will need to be carried out.

Similarly, it’s not the writer’s job to keep track of what they’re writing will mean financially to the production. Their job is, at the end of the day, to write. However, the script coordinator will be there to keep track of the financial implications of what’s being written.

They might even have to make adjustments accordingly. They might, for instance, advise the writer(s) to merge two locations into one in order to save money. Or they may provide annotations on the script. Here they may, for example, highlight where action could be expanded and/or contracted depending on the production’s budget limitations.

7. Then, Once the Revisions Are Complete…

The script coordinator is then responsible for ensuring the cast and crew have an updated copy of the script. They keep the whole cast and crew refreshed in time for filming and rehearsals.

In circumstances where the script needs updating, the script coordinator must act to deliver a new and updated set of scripts to the cast and crew in time to learn stage directions and lines.

What is the Difference Between a Script Coordinator and Script Supervisor?

The role is distinctly different from the script supervisor. They annotate the script on set and track concerns related to the script during production to facilitate the post-production workflow.

Furthermore, unlike other development roles (like a writer’s assistant or script editor) the script coordinator will stay the course for the show as it enters production. Others may potentially leave when the development stage is over.

How Do You Become a Script Coordinator?

So if you have an existing relationship with someone in one of these roles, advertising your suitability can be a good way to get in. From there, do a good job and you’ll continue to work with this person. If you don’t already have this kind of relationship, seek to make contact with these roles. Demonstrate your skills and suitability to whatever they’re working on.

It can be hard to pinpoint any specific path to finding these kinds of roles. It often depends on your ability to make connections and wait for the right opportunity. However, there are a handful of key experiences and skills that are fundamental to the role…

It’s unlikely that a script coordinator will be an entry-level job. Prospective candidates will need to have knowledge and experience of the industry, particularly from a screenwriting perspective.

This may manifest via production experience as a runner, for example, or experience in script development. Either way, a script coordinator will need to have a familiarity with the nuances of screenwriting craft and production.

This way they will be well prepared to offer relevant advice and guidance to the script’s development. They’ll also have a familiarity with the environment. This will mean that, in turn, they will have a shorthand for dealing with problems that arise.

Managing and tracking multiple changes is a key part of the job. So a script coordinator must be good at organizing and filtering information. They will need to be someone who has proven methods for keeping things organized; using, for example, spreadsheets, tables and checklists.

Not only do they need to keep things organized for themselves, however, but also for all those they’re responsible for filtering information to. Clarity and communication are paramount here. It’s no good being organized if the other team members don’t also feel the benefits.

Similarly, the script coordinator must also be someone who is attuned to the finer details. This is essential for proofreading the script and ultimately having both a rounded and intimate view of the script at hand.

They must be someone who will notice things in the script that others will miss. Moreover, they need to be someone who sees the bigger picture. This is vital for keeping track of elements like budget, continuity, locations, and longevity.

So the script coordinator must be focused on the details but not too myopic in this sense; always keeping the wider picture of all the different production elements in view.

What is a Script Coordinator?

The script coordinator is a liaison between the written script and the production. They make sure everything is in order for an efficient and effective reading and execution of said script.

What Does a Script Coordinator Do?

The script coordinator has a range of responsibilities; from proofreading scripts, checking for potential issues, distributing up-to-date scripts to all production members, offering notes, monitoring budgetary concerns and managing script changes during production.

How Do You Become a Script Coordinator?

There’s no set path to becoming a script coordinator. However, some essential requirements include having fantastic organizational/communication skills, some industry/production experience and a penchant for details.

This article was written by Owen Johnson and edited by IS Staff.