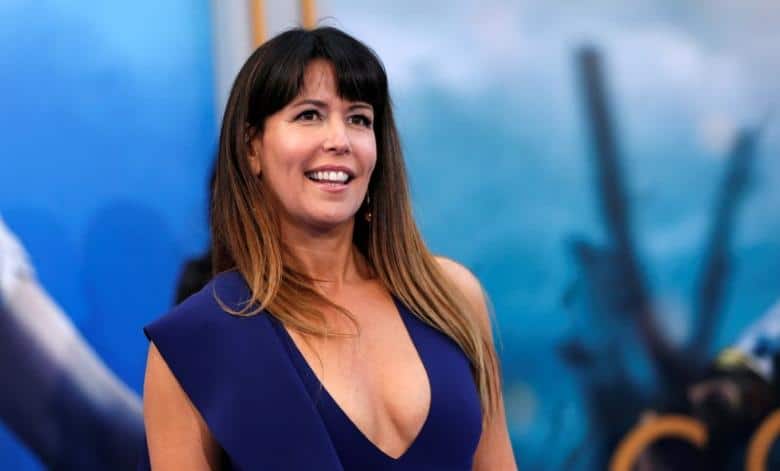 After many years working as a painter she realised her true passion was film. She then spent 8 years working as an assistant cinematographer on commercials and music videos. After years of hard work she broke into the big leagues with her first feature, MONSTER, which was rated as the Best Film of 2004 by prominent critic Roger Ebert.

In 2017 Jenkins’ career exploded with the spectacular critical and commercial success of WONDER WOMAN. As one of the highest-grossing superhero origin films, WONDER WOMAN was also hugely culturally significant, proving beyond doubt that a female lead and female director could successfully open a superhero tentpole film.

1. “Humble perseverance and the ability to observe and grow, in pursuit of making what you love and believe in. Really. THAT is the secret”.

2. “Use common sense, be reasonable, be professional, and respectful of the limitations on all financial things … there are lots of non-gender based beliefs about what is worth gambling other people’s money with, and no one is above that”.

3. “If it’s not successful, then it will look really bad. I don’t want to end up in a debacle where I’m like: (in hindsight) ‘that wasn’t wise.’ The trajectory of a woman’s career has been sensitive at times, and I’ve had to be aware of that as well”.

4. “The need to look behind the curtain is great for a filmmaker. But whether you want to deconstruct what you like as a viewer, what you like and don’t like, I wish we could let films stand on their own a little bit”.

5. “Make the greatest film right now and get it out there anyway you can, and hopefully someone like panel moderator and SIX FEET UNDER producer Alan Ball sees it and likes it, and gives you a break”.

6. “To embrace how truly hard it is and always will be, to be really honest with yourself about whether that’s really what you want to do with your life, and then to put one foot in front of the other relentlessly. Also to try to keep your eye on the ball about what you want out of it, and not get distracted by things you don’t care about”.

7. “I realize the only thing that makes that kind of work worth it is to be engaged. And so that’s my priority. I do care about success and all of those things. But I don’t care enough to do movies just for that reason”.

8. “It actually was never that I wanted to be a director it’s that I discovered finally that I could make films. It was like that is what I want to make, films that make me feel the way those films have made me feel and this is the most complex way to do it. I love it!”.

9. “As long as you are confident in what you are doing, how you are doing it, and how it will earn its keep financially, don’t accept no, even if you are alone in seeing the plan to where you want to get to. If you have a plan you believe you can pull off, just go for that”.

10. “I was thinking I would love to make something that is a successful film that everybody sees, but I wasn’t thinking about the actual dollar amount. I just wanted to make a great film that people responded to. That’s always a good ambition because you’ll never totally hit it”.

11. “Pick the right projects and take it seriously because you don’t want to end up in a bad marriage. You don’t want to be idealistic and say you can change their minds maybe you can’t”.

12. “You always have to think for yourself about what you want from this industry in general. It can go a lot of ways like this means a million doors open but you have to pick which door you want to walk through and any of them may be the right choice”.

13. “What I never want to do is start phoning it in and making things just to show that I can keep my foot in the door and do big movies”.

14. “I’ve been influenced by a lot of films. And a lot of them are the typical interesting, artsy films. But I haven’t talked enough about how there are those few big blockbusters that really rock your world”.

15. “I don’t think I could have made a good movie out of THOR 2 because I wasn’t the right director. And I don’t think I would have been in the running for WONDER WOMAN as a result. And that’s one of the reasons why I’m glad I didn’t do it”.

16. “I grew up in a bit of a feminist fantasy with a single mom. I was totally shielded, in a way, from an idea that I couldn’t do something”.

17. “I am not here to bring trauma into people’s life so, my job as a director is to conjure the best out of other people within what they have already to work with”.

18. “What I do represents more than just myself as a director. I wish that wasn’t true, but it is. It makes me think about doing work that I believe in and that I believe I can do well, probably even a hair more than I would otherwise”.

19. “My interest in art and film is greatly fuelled on the other side by my curiosity about people which is why I am interested in telling their stories whether it be why you became that serial killer or what it would feel like to have tremendous power”.

20. “Longevity of focus, I think, is the hardest part. You know it’s to have a vision and then try to hold that vision and not have it change”.