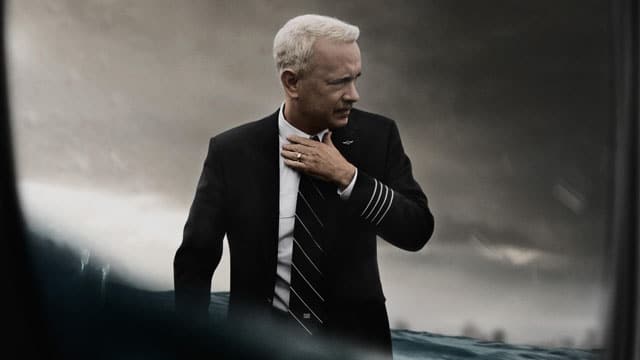 With the dominance of superhero and tentpole films, sometimes it seems like there’s no place in cinema for everyday heroes. Most audiences don’t want their reality simply reflected back to them.

However, there are still degrees between these extremes. It’s still possible to engage an audience by showing everyday heroes on screen. As well a sense of escapism, such characters also become aspirational.

Everyday heroes ripped from the headlines

Clint Eastwood is making a whole series of films on the theme of everyday heroes:

In some of these cases, there has been scepticism about whether the real life events offer enough material to be developed into a full film.

However, unlike “movie” heroes, these everyday heroes can’t simply go home again. After their act of heroism, it’s not so easy to resume the lives they had before.

As a result, by focusing on the ordinariness of their characters, these films find great dramatic potential in what seem like simple, one-time events.

At the same time, the opposite can be true. Peter Berg’s films DEEPWATER HORIZON and PATRIOT’S DAY are similar to Eastwood’s recent films. Both are based on true stories and both focus on working class, everyday characters who respond to their situation in heroic ways.

However, some criticised PATRIOT’S DAY for going too far. It took what should have been a story of multiple everyday heroes and turned it into the story of a single superhero.

Wahlberg’s character is an amalgam of several real people. None of them could have been in every place and done everything that the character does.

This is, partly, one of the perils of the star system, which often means in order to be made in the first place films need a big central role. It’s rare to have a true ensemble such as SPOTLIGHT, where each character’s small part reflects their real-life counterpart.

While I, DANIEL BLAKE is based on research and true stories, the title character is fictional.

There’s a sense of wish fulfilment in his defiance of the system and in how he becomes, in one moment, a folk hero for others to rally around.

Surrounded by the inhumanity of the bureaucracy around them, a simple compassionate gesture like letting a desperate woman in front of him in the line marks Daniel Blake out as a hero.

Even when working in a heightened genre, focusing on everyday problems helps ground characters. Lessons can be taken from dramas and other, more grounded genres.

The everyday heroism of Peter Parker is part of why SPIDER-MAN: HOMECOMING was so successful, even after two other versions of the character have hit screens over the last two decades.

It’s no coincidence that the best scene in the film is the one that connects most deeply with universal problems. Peter Parker gets a lift to the prom with the father of his date. There is still a superhero twist, but it’s a moment that works because of how normal the characters (or their civilian alter egos) and their problems are.

This makes a contrast to other superheroes, many of whom are billionaires or (literally) Gods.

Recent attempts to reboot TERMINATOR franchise have missed a big part of what made the first two instalments so engaging.

In the first, Sarah Connor is a waitress. Her biggest problem is dealing with annoying customers. In the second, John Connor, her son adopted by a foster family, is an average geeky kid. He spends time at the mall playing arcade games.

Both have to come to deal with their roles in an impending global war between man and machine. They’re not dealing with everyday problems, but they start out living in an everyday place in the present day, unlike the leads of subsequent films.

Oh, come on. Do I look like the mother of the future? I mean am I tough, organised? I can’t even balance my chequebook! Look Reese, I didn’t ask for this honour and I don’t want it, any of it!

Initially, this makes it easier for the audience to relate to them. Then, when they find themselves in extraordinary situations, they respond in believable, everyday ways.

In some ways, this is intrinsic to the hero’s journey. The hero’s journey requires the hero to start from some position of normalcy. The story has to establish a status quo before the story disrupts it.

If Pennywise never shows up in Derry, it would still be worth watching the same group of characters deal with their normal problems – bullies, controlling parents, and coming of age.

The more “normal” or peaceful the status quo is at the beginning, the greater the potential for disruption. This disruption can arrive in a fantastical form, as in these examples.

It can also, simply, be a problem that people face in the real world. A large scale disaster or a struggle with affording enough to live. The smaller the situation, the smaller the action can be that turns them into an everyday hero.