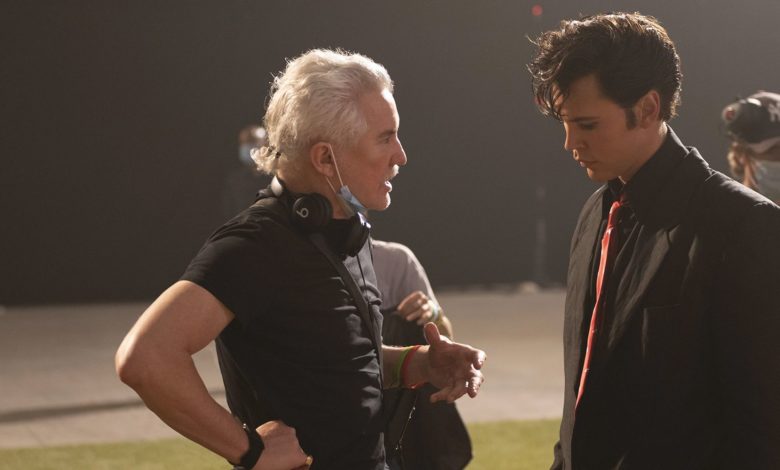 A distinctive filmmaker that has little parallel in contemporary cinema, Baz Luhrmann has been wowing audiences since the early 1990s. The Australian filmmaker is known for his distinctive style. And therefore, it seems a no-brainer to dig into 15 Baz Luhrmann quotes to see what this idiosyncratic visionary has to say about the creative process.

After starting out in the Sydney theater scene, Baz Luhrmann made his film directorial debut in 1992 with Strictly Ballroom. A story set in the competitive world of ballroom dancing, it was an adaptation of a previous play Luhrmann had worked on. And it made quite an impression on the film world, with Luhrmann’s signature style on display right from the off.

This would lead Luhrmann to Hollywood and a movie that many still hold up as his best, Romeo + Juliet. It helped that he had one of the great movie stars of the day to drive the film. But it was largely Luhrmann’s theatricality, musicality and flair that made the film so successful and popular. And this resonates still to this day. The film has an appreciation of the story’s theatrical origins and updates them in a brilliantly dynamic and cinematic manner.

This mix of theatricality and cinematic instinct would come to define Luhrmann’s work; from the anarchic camp of Moulin Rouge to the epic sweep of Australia to the glamor of The Great Gatsby.

He’s a director that embraces many forms of storytelling; literature, theater, opera and music. And they all come together in his films to make for a unique and highly cinematic experience. This is no more so the case in Elvis, a film which captures the myth and legend of a cultural figure as huge as Elvis Presley.

So how does such a distinctive director approach his work? And what does he have to say on the creative process, the industry and life in general? We take a look with 15 fascinating Baz Luhrmann quotes.

1. “In terms of the mechanics of story, myth is an intriguing one because we didn’t make myth up; myth is an imprinture of the human condition.”

2. “All good, clean stories are melodrama, it’s just the set of devices that determines how you show or hide it.”

3. “I think that the whole idea of primary storytelling was something that I became very engaged in while I was at drama school. I ran towards Brecht and Strindberg – anything my mother didn’t understand was pretty interesting art. The primary myth part came out of a revelation of the value of Shakespeare. Those are dramas that play to the simple person and the complicated person. It’s been a fascination, but also the power of the myth and storytelling is something I’ve been at work on in many levels – opera, election campaigns, all sorts of communication.”

5. “Ultimately, you have to pursue your own path, not someone’s idea of the right path. You need to stay on your path.”

6. “If you wanted to show a mirror to people that says, ‘You’ve been drunk on money,’ they’re not going to want to see it. But if you reflected that mirror on another time they’d be willing to. People will need an explanation of where we are and where we’ve been, and The Great Gatsby can provide that explanation.”

8. “Opera was the cinema of its time, so to bring back that popular appeal, you just need to unleash its visceral immediacy and excitement. Most productions don’t manage that – but when an opera does do it, you never forget it.”

9. “[William Shakespeare] had to deal with a city of 400,000 people and a theater that held 4,000 and everyone from the street sweeper upwards. Not unlike your local cineplex. And he used everything possible to arrest and stop that audience—really bawdy comedy and then, wham! Something really beautiful and poetic.”

11. “I think we create because only we know the inside of us. And we are lonely if it gets stuck there. So one of the worst things – maybe the worst thing is loneliness and loss. So, creating, no matter how small that is, whether that’s just rearranging your bedroom or the way you’re doing your eyes or the way you’ve composed your shot – the choices you make, they’re creative choices. They might be influenced by style and all that, but by doing that, having that agency upon the world around you, it makes you feel not alone.”

12. “The idea of that — the pacing and the editing and all of that — is to make you kind of lean forward and go, ‘I’ve got to work here as an audience member. I can’t just sit back and eat my popcorn. I need to absorb this information’. The idea behind my intensity of attack on the audience is to get across that I am not doing a traditional thing, which is quietly lulling you and sneaking up on you.”

15. “It’s [directing] fundamentally an engineering job. If you look at Strictly Ballroom, even — I wasn’t allowed to shoot two feet more than I had budgeted for. I was shooting a ratio of 1:2 or something stupid, so it all had to be engineered. I had to know exactly what the film was going to be.”

Feeling inspired by these Baz Luhrmann quotes? Take a look at our list of Nora Ephron quotes and Martin McDonagh quotes for some more inspiration.