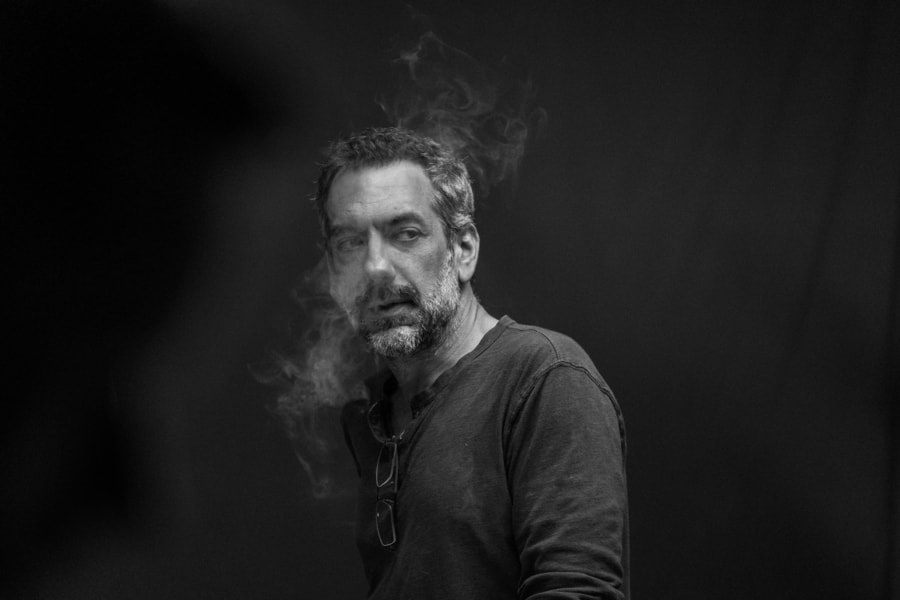 While some of the best directors find themselves permanently in one niche, Todd Phillips seems to thrive by bouncing around.

A director who started out writing and directing documentaries in the 90’s, Todd Phillips turned his attention to funnier films in 2000 with his comedy, Road Trip.

He soon followed up this interest in comedy with movies like Old School, Starsky & Hutch, and School for Scoundrels.

His real stardom behind the camera didn’t come until he hit his stride in 2008, with massive hit, The Hangover.

By 2009, the bachelor-party-gone-wrong movie had received critical and commercial acclaim and grossed $467 million. Phillips’ beloved comedy also went on to earn a Golden Globe.

After this massive success,  Todd Phillips then directed Due Date, and two Hangover sequels before shifting gears. Wanting to explore a slightly darker subject, albeit still with a comedic edge, he moved on to direct War Dogs in 2016, a biographical crime-comedy.

Whilst War Dogs had a lukewarm reception, Phillips’ take on the infamous Batman villain, Joker, received intense reactions, both good and bad. By the end of 2019 it had made history as the first ever R rated movie to earn over $1 billion at the box office.

Regardless of how you feel about the film, Todd Phillips is certainly a man with a lot to say. To show that off, we’ve compiled a list of some of the most interesting Todd Phillips quotes for writers and filmmakers.

Read on to learn more about his writing process, his comedy, and his relationship with criticism.

1.“When you work on a movie or a TV show, you’re a family. So, if something that’s a two-minute thing in the movie is causing a rift in the family, you also have to think about at what point do you fight this, and at what point is this rift worth having in this very small, very tight group of people who are just there to make something great and funny.”

3. “You set the tone on the set that that you want to see in the film.”

…On the writing process:

4. “You know, because you outline a movie, it kinda comes at the same time. I mean, there are days when you are just concentrating on ‘ok, let’s worry about just comedy today.’ And there are days when you’re like ‘you know what, we gotta just beef up the story.’. But, it’s not like process wise it’s that technically separate. One informs the other, so they kinda all happen together ideally.”

5. “I take it very seriously, music. I think it’s one of the tools that a director has with which to kind of paint. The right music can sometimes do five pages of scripted dialogue.”

7. “You know, it’s funny, my sensibilities really haven’t changed. If you look at my very first movie, it was a documentary about GG Allin, which is really kind of authentically who I am, and those were dark movies. When you start making movies in Hollywood, you’ve got to make the movies that are going to get you out there and work. But as you gain more and more freedom, you start being able to sort of quote-unquote ‘be yourself’ a little more.”

8. “I couldn’t see myself now going back and making a movie about a bunch of college kids, necessarily. I kind of always operate in the things I’m observing around me, whether it’s friends having babies now in my life or what have you.”

….On working with actors:

9. “When I’m writing, I’m writing for a particular actor. When a lot of writers are writing, they’re writing an idea. So they’re not really writing in a specific voice.”

10. “I find I like to work with a lot of the same actors because I find that there’s sort of shorthand there. And there is this unspoken trust. They trust me and I trust them, to an extent. It’s just fun, kind of creating this little family.”

…On criticism and critics:

11. “You know, if I started worrying about what the critics think, I’d never make another comedy. You couldn’t pick a less funny group than critics.”

12. “You’re only as good as your body of work, and everybody has issues, whether it’s Steven Spielberg or Martin Scorsese. I’m not comparing myself to those guys, but you learn more from the misses than the hits.”

13. “I think reviewers have become particularly venomous because, in a way, the power has been sucked from them. A 15-year-old can write a review on the Internet and it means as much as Roger Ebert’s review, and that just makes Roger Ebert mad, so he comes out harder and stronger.”

Todd Phillips Tells Us Why Directing is Manipulation

…And finally some Todd Phillips quotes on the experience of cinema:

14. “I’m not a huge fan of 3-D, though. Honestly, I think that movies are an immersive experience and an audience experience. There’s nothing like seeing a film with 500 people in a theater. And there’s something about putting on 3-D glasses that makes it a very singular experience for me. Suddenly I’m not connected to the audience anymore.”

15. “It’s all about escapism. That’s essentially what all movies are about. It’s a vicarious thrill.”