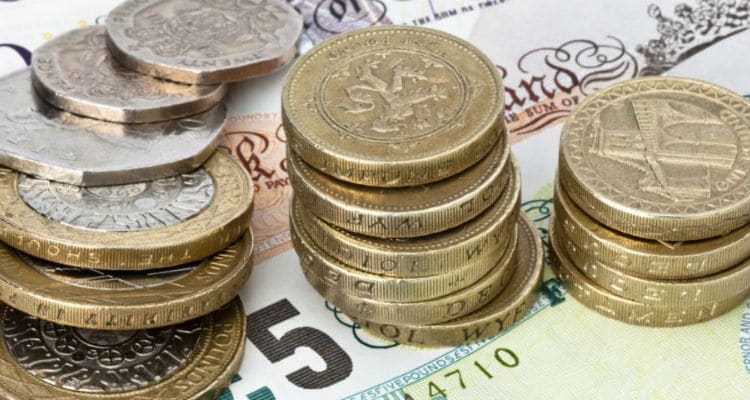 Writers at the start of their career have a lot to contend with. For one, they get called ’emerging’, something better done from swamps or during childbirth than at the start of a creative endeavour. For another, they’re faced with the issue of criticism, specifically where to turn for a fresh pair of eyes and the analysis they need to push a script further. Clearly, this is the gap that script coverage aims to fill, and there’s a lot written about it based on script coverage fees, specifically…

All are discussions worth having, and they’re had often, but they provide only a very immediate perspective on the issue.

western“>The difficulty is that script coverage is prospective, so, assuming the coverage in question is of a good standard, the overarching question is really:

Is the result of the coverage worth the cost down the line?

western“>Like snowflakes and hangovers, no two writers are exactly the same, so let’s look at the bigger picture for script coverage fees for three potential writers.

western“>The over-performing writer may well be skilled enough that the very first coverage on their very first script comes back ‘Consider’ or even ‘Recommend’, meaning any advice they get is likely to pinpoint minor nitpicks, a second act issue that’s more dip than sag and a typo as the only problems presenting necessary improvements before the script is viable.

western“>This minimises the cost spent on any given script for which they purchase coverage, as they’re unlikely to need feedback more than once (twice at a push).

western“>Let’s say they write two feature length screenplays in their first year of writing, and submit some earlyish drafts for each for standard coverage from a respected service, with a cost totalling around $250-£300 in total.

western“>One comes back ‘Recommend’, but the other hasn’t yet climbed the same figurative mountain and comes back ‘Low Consider’, so they make some changes, resubmit, and this time reach the summit.

western“>But they have two send-able, stellar screenplays one year in…

western“>At this point it’s worth breaking down the potential avenues down which a ‘ready’ screenplay can be systematically shoved:

western“>Obviously success in any of the three can never be certain, but the benefit the early coverage fees have brought them is this: they’re prepared.

western“>While a less-than-stellar or underdeveloped script sent out prematurely isn’t by any means cause for exile or teeth-gnashing, agencies and production companies often will keep a record of past submissions with the writer’s name and their verdict on the script on file.

western“>If that verdict is lukewarm or lightly chilled, it’s likely to flag up next time that same writer submits.

western“>A script goes through a similar process once it arrives at a production company/studio to the one it does when sent to a coverage service, but at the former it sticks around.

western“>Not the be all and end all, but an imperfect first impression nonetheless, and one that can hinder progress going forward – if the agency/company is generally bombarded with submissions, it’s one more way for them to order the scripts on their pile, with the writer’s pushed down that little bit lower.

western“>By being prepared, our overachiever is able to move more quickly. Even if their script isn’t picked up this time, they’ve endeared themselves to the company and are in a strong position when they next submit.

western“>As for the third avenue, a number of high-profile competitions have cash prizes on top of the various connections and opportunities they provide, amounts that, though hard to get, more than outweigh the initial coverage fees.

western“>Plus competition entries themselves often cost $50-$100, depending on the competition and how early the writer applies (they tend to have separate early and late submission fees).

western“>Ensuring the screenplay is of stellar quality is the best way to maximise the writers chances of success and, as a result, to (hopefully) minimize the amount spent on these competition fees.

western“>So, turning back to the bigger picture, it’s about time and money, which are, apparently, the same thing. Our over-achieving writer is better placed to win that competition, secure that representation or sell that script in year two.

western“>By year three, they’re in an incredibly strong position, able to build on the initial impact of those two strong screenplays to find work, and if they manage to build on that early success to make inroads in the US by year four or five, the financial rewards for that work start to climb ($77,260 per year on average).

western“>They’re an overachiever, and may well have secured a career either way, but despite the initial hit of the coverage fees, they’ve still benefited by achieving it that bit sooner, and by mitigating the potential risks of going in blind, which could otherwise have set them back.

western“>Not in as blessed a situation as the above, the average performer may be a little less certain of their ideas and a little slower in realising them. They have a screenplay or two they’ve been working on for a while, but they’re struggling to get it working.

western“>Let’s say they take the same approach as above and submit two screenplays for basic coverage.

western“>Now the benefit for them is characterised a little differently. While the aim of the overachiever was to make a good script, or scripts, better, the average writer may not know whether an idea is good at all, or in this case which, if any, of their ideas are working.

western“>Their coverage comes back with a ‘Pass’ on one and a ‘Low Consider’ on the other.

western“>Now they have some frame of comparison. It could go a few ways:

western“>Either way they’ve chosen a prong of the creative fork.

western“>Improving and resubmitting the more viable script until they get that coveted ‘Recommend’ may leave them down £500 or so overall by the end of the first year or two.

western“>Obviously the above options still apply, though it’s worth pointing out that competitions, though they don’t come with the risks outlined above when a writer sends a screenplay to an agency, production company or studio, do, in most cases, only run once a year, and as such are a far more subject to timing.

western“>The benefit the writer has in this case is the focus granted them by those initial script coverage fees. Rather than continuing with those two scripts and missing the competition boat this year, they can focus their efforts on the idea that’s working, saving a lot of time and, if they succeed, recouping those coverage costs early.

western“>Not all have a cash prize, but even the comparatively smaller ones that do give $250 to 4th place, $500 to 3rd and it’s rare that a first place in any will be below $2000 or so (and the larger ones like Academy Nicholl award $35,000 fellowships).

western“>The writer also saves in the more immediate sense by entering one solid screenplay (lower cost with better chance) this year rather than two finished but weaker ones (higher cost with lower chance) a year down the line.

western“>Though the benefit for the average writer may come slower than for the overachiever, those initial script coverage fees go towards focus in the short-term.

western“>They’re able to mitigate the same risks as the overachiever above when it comes to representation or selling a script, with the added fact that, for them, going back to the drawing board after a rejection is a more costly prospect (time-wise) than it might be for a more efficient writer.

Script Coverage Fees for: The Under-Performer

western“>We’re talking here about someone who:

They may also struggle to determine which of their ideas is the most viable moving forward, so for them the potential benefits of coverage are a little different.

western“>As a result, they may find themselves needing a few resubmissions, or submissions to a few different respected services, to really cement the necessary improvements for any given script. Let’s say they test the water with a single screenplay, and are down £100-£150 for basic coverage. The response is not only a ‘Pass’, but a ‘Pass’ that suggests the idea has little to no market potential.

western“>Maybe it takes until the third script to find a viable idea (£400-£450), and an extra two submissions to get that script gleaming (£650-£750 overall by, say, the end of year 2), which may make the fees look a little more daunting than those of the writers above.

western“>The options, of course, remain the same, so turning directly to the bigger picture:

western“>It’s easy to see the fees for coverage on ultimately scrapped ideas as dead money, but the amount of time the writer saves is potentially huge.

western“>Time is an even bigger issue here than it was for those above – for the writer who works more slowly, time is a little more precious, as it’s likely to remain focused on a single idea. The benefit here is in helping the writer spend that time on the idea with the greatest potential.

western“>As for the cost itself, if by year three or four they have that initial level of success achieved a little earlier by the overachiever, it’s worth looking at some of the minimum payouts they could expect: £4680 for an hour-long adapted teleplay (the lowest BBC rate), for example.

Assuming the writer isn’t too gluttonous with their use of coverage, that first payday is almost always going to exceed their running costs.

western“>It’s easy to view script coverage fees from a more immediate perspective, simply whether or not they’ll help the writer improve their script.

western“>But that’s only one stage of the process, one that can still leave a writer understandably hesitant about the coverage fees themselves.

western“>This is where the bigger picture comes in: the value isn’t just in the immediate improvements, but in saving time and mitigating risks going forward.

What’s the moral of the tale?

western“>The blunt truth of it is that while script coverage fees are slightly painful in the short term, they’re becoming not just valuable: but essential. Screenwriting grows more and more competitive year-on-year and those bites at the cherry or chances to impress are dwindling.

western“>The fact that one even vaguely healthy commission can wipe out literally years of script coverage fees really can’t be ignored.

western“>The financial gain, when it comes, even if it comes later for some, will, again, almost always exceed that initial cost, assuming the writer doesn’t go all out by submitting twenty-five short films, a sit-com and a three-part historical epic.

3 thoughts on “The Bigger Picture of Script Coverage Fees”