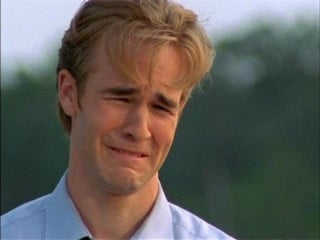 “Will you read my script for me?”

Five words to strike fear into the heart of anyone with eyes. As a former Development Exec, it’s something I hear an awful lot and, sometimes, I have to punch myself alive to remember that, indeed, it had been my chosen career path and there may just be that undiscovered gem lurking in the ripped down forests of paper I’ve just been handed. What I do in this scenario is calmly foist the person onto Industrial Scripts and their learned readers, but I sometimes wonder if the answer should be a hyper-enthusiastic “YES! Whoooopeeee. Cancel my weekend trip to Vegas with all my favourite people in the world, someone’s cousin I met once on New Year’s Eve back in school has found me on Facebook, put finger to key and written a historical epic entirely in rap lyrics. Put down that vodka and book my passage to the Oscars, Barkeep”.

I am lucky. My husband is forced to read my stuff before I send it anywhere and he is a reader of exceptional talent and, furthermore, is actually in the industry. Which is a massive bonus. I, however, worked this arrangement out by being Machiavellian and sly.

“Hey” I said, naked with a cake in my hand, “Mind if I use your surname for writing since I use my maiden name for development? Wouldn’t want people putting two and two together given how many scripts I’ve been forced to reject in my life, now would I?” and the deal was done. Part of his agreement was implicit since his surname is not a simple Brown or Taylor. It was a Rafn and, as far as I know, there ain’t that many of us in the media world. Personally, I know of only one other and I married him. So the narrowed eyes that bored into me accompanying the wavering ‘yes’ from him also had crow’s feet brackets which stated between them quite simply “Take my name down and I will take you down” The only way to ensure this was going to work, it seemed, was to force him to read every single word that ever goes out with the Rafn name on it. Ha ha ha ha ha, I thought, although the joke was on me because, if you are a keen follower, you will know that this once led to a sacrificial torching of a 20, 388 word, 108 paged, three-months-of my-life, opus about a clumsy lawyer because, according to him, no other eyes should ever have to go through what his did that Saturday afternoon.

My old bosses, and I’m not just picking on one here, I mean every single last one, were constantly plopping things on my desk and saying, “Can you just give that a quick read? It’ll only take 5 minutes” and I would load up my imaginary modified Beretta 92FS and pop a shot at the back-fat on their disappearing figures. No script only takes 5 minutes to read and, if it does, girl done wrong. It must only have 3 pages in it. It takes at least an hour and a half to give a script a decent read. At least. It could take up to a day to sort out thoughts and feedback and possibly a few more to type up notes that say the right thing, in the right tone, for the right reasons.

I was forever getting in trouble when I first started out script reading. “About as funny as the Brittas Empire” I wrote to one very well known and produced writer. “Someone should realize that too many kooks spoil the broth” I wrote to another, delighting in my own word play far more than I did on his, it would seem. There is a delicate line between helpful tip and harsh trash-talk and I seemed to be tripping arse-over-tit over that line and headbutting the very writers I was supposed to be assisting in the chest bone.

Turning down free reads! What?

A friend of mine always asks to read my stuff and I’ve finally had to start saying no. Turning down free reads! Who the hell did I think I was? Paddy Chayefsky? The cheek of me! But what I came to realize was that wanting to punch your own best friend in the face isn’t a conducive to the social life I expect. “I got to page 28” she’d say, “Very good” and never go back to it.

“What is wrong at page 28” I’d scream, flying home in a whirling dervish to check what was so utterly cocked up at that point that she could no longer continue, only to find out from her flatmate that X Factor had come on and she’d simply put it down in favour of that.

“I didn’t like the Doris character” she said another time, wrinkling her nose in disdain, “No. Hated her”

“She’s the antagonist” I pointed out, “So you’re not supposed to like her”

“But I hated her” She repeated. “I think she should go”.

I don’t give my scripts to her anymore, even if she asks. I pretend the internet spider isn’t working weekends anymore and can’t weave my work on its world wide web her way.

And I have come up with a new rule. I treat my scripts like I treat my body.

An honour for others to see and, if you haven’t been paid to look at it, keep your comments to yourself.

If you enjoyed this article, why not check out our article: The Rafn Column Part I: Explaining the Obvious?