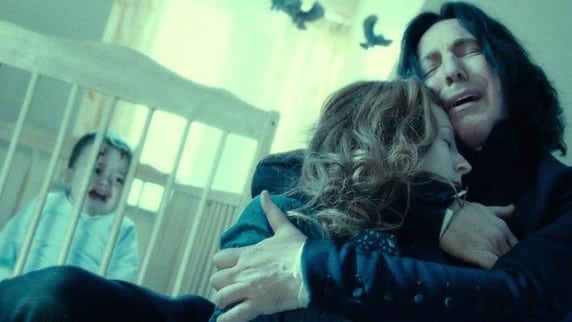 The Value and Importance of Subplots: With 10 Amazing Examples

Subplots. Most movies and TV series have them, whether large or small.

The grand overarching plot is the defining part of a narrative arc. But subplots help add depth to this narrative arc. They keep the audience’s interest from waning and can help bolster the themes and controlling idea.

‘A secondary strand of the plot that is a supporting side story for any story or the main plot. Subplots may connect to main plots, in either time and place or in thematic significance.’

Subplots will always tie back into the main plot eventually. But they bide time in reaching the plot’s conclusion, whilst adding to the depth of characterisation, setting and themes.

So, firstly, how do you choose a subplot?

Your subplots should always, ultimately, relate back to the main purpose and drive of the story.

So ask yourself questions about the purpose of your subplots:

There is admittedly a tricky balance in finding a subplot that can exist on its own two feet, and one that develops a life of its own. The latter could potentially distract from the main plot.

A subplot can also have a tonal purpose. However, this tonal purpose needs to come alongside a narrative purpose.

A subplot purely to change the tone (for example, comedic) will feel transparent for an audience. It needs to also be adding something to the themes, characterisation or main story.

With that in mind, what are the different types of potential subplot?

The Different Genres/Tones of Subplots

Subplots can have many different purposes. And even within that purpose there can be a multitude of layers. These subplots will often overlap and the perfect subplot may even cover all bases.

Still, let’s look at the different ways subplots might break down.

This is perhaps the most common type of subplot.

It can be common for a love interest to seem a hollow vessel for the protagonist‘s desires, however. 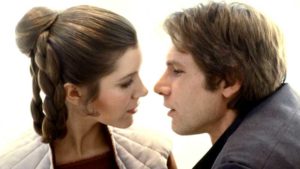 This will be a subplot intended to lighten the mood. Within a comedy it might alo provide a different variety of comedy for the audience.

One tone of comedy throughout the plot might become wearing. A different tenor of comedic tone will help freshen up the comedy as the audience receives it.

This is also dependant on the genre of the story and its intended audience.

The key is to make sure the comedy is stemming from the right place. Does it have relevance still to the main plot? Is it in keeping with the tone of the story overall, whilst also adding something fresh?

This will be a subplot that helps bolster the main point the script is trying to make. Think of this as backing up an argument with multiple examples.

At its most extreme, a thematic subplot might be one that at first seemingly has little to do with the main plot.

Character depth can be bolstered by giving the audience insights into why the characters are the way they are.

What are the experiences/people/places that have shaped them?

This background context will help give the audience a clearer picture of the present narrative.

If the narrative is a puzzle, then insights into a character’s background might help in stitching the pieces together. It might make everything, suddenly, make sense.

This will be when one piece of the plot splinters.

This part of the narrative will then become so monstrous on its own, that there is little option but for it to infiltrate the main plot.

Either the strength of the characters within it or the way the protagonist can’t ignore it will mean the subplot will become increasingly important. Right up until it is indistinguishable from the main plot.

The Timing of Subplots

Timing the inclusion and pace of your subplots right is important.

Subplots are there, after all, to make the story more interesting overall. Therefore, if plot and subplots start/peak/conclude at the same time, you are wasting their potential. That’s putting all eggs in one basket.

For example, in a movie…

However, subplots are flexible.

The most important thing is that momentum is continually being generated throughout the screenplay. Where one plot reaches some kind of achievement, for example, there should still be conflict elsewhere to be resolved.

Continual rising and falling of dramatic momentum is likely what will keep audiences interested.

The subplots are the cogs that keep the wheel spinning.

We’ve outlined some of the most memorable subplots in both movies and TV. See if you can match them up with what subplot category they best fall into.

Somerset forms an affection for Tracy, who seems to represent hope in the face of so much ill in the world. What starts out as a third party meeting develops when Tracy asks to speak to Somerset privately over a coffee.

She confides in him that she’s pregnant and Somerset gives her advice about what to do. Somerset emphasises with Tracy, having had a similar experience with an ex-girlfriend when he was younger.

In the finale, Tracy and Somerset’s friendship ties into the main plot to devastating effect. Somerset is made to feel culpable, whilst his fear that sin will pervade even that which seems hopeful, comes true.

In Hidden Figures, Katherine is undeniably the protagonist. However, her two friends and colleagues, Mary and Dorothy, are vital in fleshing out the context of the story world and hammering home the themes.

The primary thematic motivation for the story is the fight for equality in the workspace in the context of race and sex. Whilst Katherine’s arc is the main vessel for this theme, subplots of the two other women help illustrate this theme even further.

These subplots help flesh out the theme of discrimination in a wider context. They show how far it reaches, beyond just Katherine in her new work setting.

Moreover, they show how such discrimination was fought on many different fronts – legally, educationally and personally.

The second part of The Lord of the Rings trilogy has our heroes separated and on different parts of the same quest.

Frodo and Sam continue towards Mordor to destroy the ring. Meanwhile, Aragon, Legolas and Gimli pursue saving the other two hobbits, Merry and Pippin.

However, their journey reveals more than perhaps we, and they, could have first imagined. It’s one befitting their strengths, full of enemies to fight off.

Their subplot eventually leads into one of the most compelling sequences in the series – the epic battle of Helm’s Deep.

#4 Superbad – McLovin and the Police

Superbad serves up a great example of a comedic subplot.

The way that Slater and Michaels treat McLovin is rife with comedy. They’re shown to not be the finest examples of police officers and seem to revel in McLovin’s romantic pursuits.

These two new characters add depth to the plot as well as comedy. Furthemore, they allow McLovin to become a more fully fledged character too, taking him away from the two main characters (Seth and Evan).

Throughout the Harry Potter series, Professor Snape serves as a consistent villainous present. It’s not until The Half Blood Prince do we get a fuller picture of who he really is.

The fact that Snape’s backstory has been kept from us for so long is why its reveal proves so rewarding. Throughout the different films, we get more and more of a picture of his role in the story.

He’s not who we first thought he was.

Furthermore, his backstory with Harry’s parents reveals not only something about why his relationship with Harry has always been spiky, but it also shatters Harry’s idyllic image of his father.

In The Godfather Part II, flashbacks to the origins of Vito Corleone in America, and of the Corleone crime family, are masterful in how they contrast with the present day state of the Corleone family, now led by Michael.

This subplot helps give context to why and how the family were established. It speaks to the themes The Godfather story has at its heart – immigration to America, American capitalism and family.

It also strengthens both Vito and Michael’s characterisation, showing the different ways they got to their positions at the head of the family.

The subplot seeks to show the downfall of a family by showing its beginnings.

Gus Fring and his operation brings a whole new world to the story of Breaking Bad. His presence in the story significantly raises the stakes for Walter and for the series in general.

Gus is an endlessly fascinating character, whose backstory is gradually revealed throughout the series. His subplot is one that doesn’t hit the audience all at once, starting off small before enveloping the entire narrative.

Walter cannot ignore him or get rid off him easily. And neither can we.

#8 The Social Network – Mark and Erika

The Social Network opens with the depiction of a relationship coming to an end. But by no means is that the end of its presence in the film.

Mark and Erika’s relationship runs as a subplot throughout the story, in light of all the high drama and high stakes.

Mark can’t shake Erika and the fact that she dumps him in the first scene.

Mark and Erika’s relationship is more than just a romantic subplot. It serves as the catalyst for the story and continually reminds us of Mark’s fragility, insecurity and his desperation to remedy these things.

As Chiron comes to terms with who he is, in different ways and within three different time periods, his mother’s presence consistently haunts him.

What starts out as a part of setting up Chiron’s world becomes an important part of piecing together his personality. 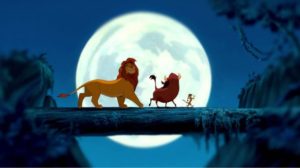 In The Lion King, just when Simba seems at his nadir, a crucial subplot comes into action.

Just when The Lion King seems to be at its darkest, Timon and Pumbaa enter.

The story needs this variety at this point, providing hope for our protagonist and a crucial, if momentary, change of tone.

Timon and Pumbaa will continue to provide this comic relief and alternate tone throughout, even at the story’s darkest moments.

2 thoughts on “The Deep Value of Subplots: With 10 Awesome Examples”