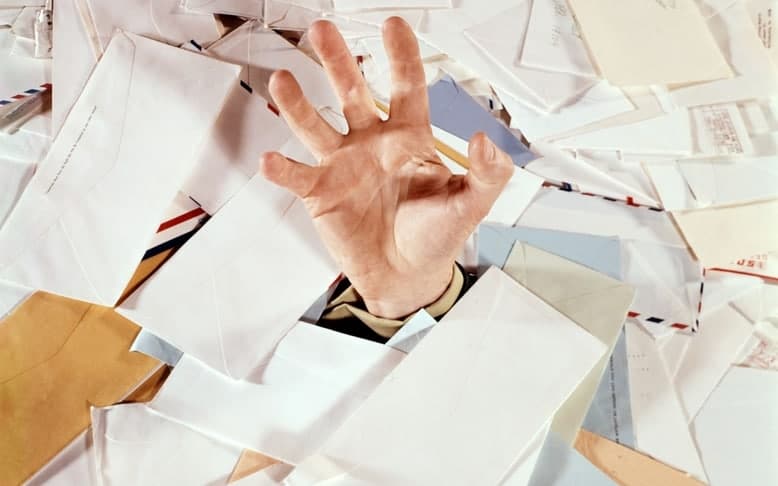 It can be hard to figure out where to send your work or who to contact about possibly reading your writing. Your work could be something that’s already written. It could even be a piece you have thought about writing and you want to know if it’s worth it to get started. Either way, an essential part of getting your work out there is being able to write a query letter.

What is a Query Letter?

A query letter is a formal letter that is sent by screenwriters in the hope of enticing the right people to read their work and possibly sell it. These people may be agents, executives, producers or studios/production companies.

The query letter is so important because it could very well be your first step into the screenwriting world. Unfortunately, writing queries can be a very painstaking and frustrating process. Striking the right tone can be tricky and knowing what people are looking for from this kind of request can be, in a sense, unknowable.

Still, writing the right kind of query letter has the potential to create many connections and opportunities. Introducing yourself in a pithy, efficient and effective way is no easy feat. But doing so can be an in that could ultimately be priceless.

Executives also often look at query letters as a reflection of your skill as a writer. So, if your query letter is not up to par they may assume that your ability as a storyteller may lack the creativity and talent they are looking for.

Main Purposes of a Query Letter

1. It opens the door to establishing a relationship with an executive/agent/producer.

2. It requests permission to legally submit your project.

3. It starts the process of your script becoming a project in earnest.

How Do I Start the Querying Process?

Since the query letter should only be about a page long you have to pack as much of a punch into that page as you can.

Subsequently, if you are looking for a place to have a project produced you should look at production companies, producers, or studios. It helps to do a lot of research in these instances. What is the best-suited place for your work?

Look into what kind of projects studios/companies have produced and what they are looking to produce in the future. The worst thing in the querying process is wasting your time and sending out to places that stand very little chance of taking your work.

Consistency and Structure in Your Query Letter Approach

Furthermore, when it comes to query letters the more you write and send out the better. There are countless agents, execs, and studios out there that are looking for new talent and ideas. However, again, it’s important not to just spray and pray. Be focused in who you’re targeting and consistent and structured in how you are doing so.

It also works if at first you have a trial period and send out a small number of queries to start. This will help you garner feedback and let you know if your query is any good and if executives are bothering to read them or if they are just sending it to their reject pile.

If it seems like no positive feedback is coming your way this is your clue to rewrite your query and move forward with a different approach.

Keep track of where and when you are sending your letters. This helps in keeping the process consistent and organized. This is not a one time task. You’re likely to have to send out multiple rounds of query letters before you get successful responses (unless you’re very lucky).

And so don’t set yourself up to give up. Plan and build in a structure to your approach over a long period of time, assuming this is a practice that you will have to get used to for the foreseeable future.

10 Tips for Writing Your Query Letter

Before you start sending out your query letters you want to make sure that they are the best they could possibly be. Here are some tips for creating the best query that is sure to entice.

1. Be Original and Connect With the Recipient.

2. Express Confidence in Your Work and Ability.

3. Make Sure That the Concept of Your Story is Clear.

4. Your Synopsis Should be Active and Dramatic.

5. Don’t Give Too Much Away but Don’t Also Be Too Vague.

6. Try Not To Get Too Personal When You Talk About Yourself.

7. Include Information About Yourself and Your Writing Experience or Lack Thereof.

8. Make Sure You Double and Triple Check That Your letter Contains No Spelling or Grammatical Errors.

9. Do What You Can to Make Sure You Have All the Proper Information For the Person You Want to Send Your Query Letter To.

What Should I Do Once My Query is Sent?

Once you have perfected your query letter and sent it out, the waiting game starts. It could take several weeks before you hear anything. Yet, after a while, if you do not hear back from anyone you have to advocate for yourself and follow up.

If you get no further response after you have tried to get in contact, you should probably move on and look into making another query letter with someone else.

You don’t want to get into the habit of continually chasing a dead end. It can even sometimes start to reflect badly on you, making it seem like you won’t take a hint rather than that you’re admirably persistent. There’s a fine line and anywhere after the second follow up is probably where that line will be.

Also, your query letter will not always fall directly into the hands of the person that is in charge. It is most likely to fall into the hands of an assistant or someone that works under the agent, executive or producer.

Additionally, during this process keep working on other projects. If one of the ideas that you had is not catching interest maybe another will. And you don’t want to be waiting around not being productive. It will only make the waiting process feel longer.

Query Letters and Your Future

Query letters are one of the best ways to get people to see your work and interest them in what you have to offer. In your letter, you must make sure that the person reading can not just see but feel your passion, your confidence, and your talent.

Agents and Executives do not want to waste their time with writers and stories that come a dime a dozen. Do not be afraid to show that no one has the ideas you do. Always make it clear what exactly you are offering them and how this is distinct or unique from the hundreds of other enquiries they will get weekly (sometimes even daily!).

Have confidence that your writing will speak for yourself. But know also that you have to give that writing a chance to speak in the first place. This is what a query letter does – gives someone a reason to give your writing a chance to speak for itself. It might be only one page long but this writing could be some of the most important you will ever do.

What is a Query Letter?

A query letter is a formal letter that is sent by screenwriters in the hope of enticing the right people to read their work and possibly sell it.

Who Do You Send a Query Letter To?

A query letter will typically be sent to agents, executives, producers or studios/production companies. Make sure your query letter is targeted at the appropriate person for you and your script. Otherwise, it can be a waste of time both for you and for the recipient.

How Do You Write a Query Letter?

1. Be Original and Connect With the Recipient.
2. Express Confidence.
3. Make Sure Your Story is Clear.
4. Make Your Synopsis Active and Dramatic.
5. Don’t Give Away Too Much But Don’t Be Vague.
6. Don’t Get Too Personal.
7. Include Your Experience and Credentials.
8. Triple Check For Spelling and Grammar.
9. Have All the Right Information For the Recipient.
10. Perfect Your Subject Line.

This article was written by Cherrish Warnick and edited by IS staff.

1 thought on “How Do You Write a Query Letter? 10 Tips to Getting Your Script Read”