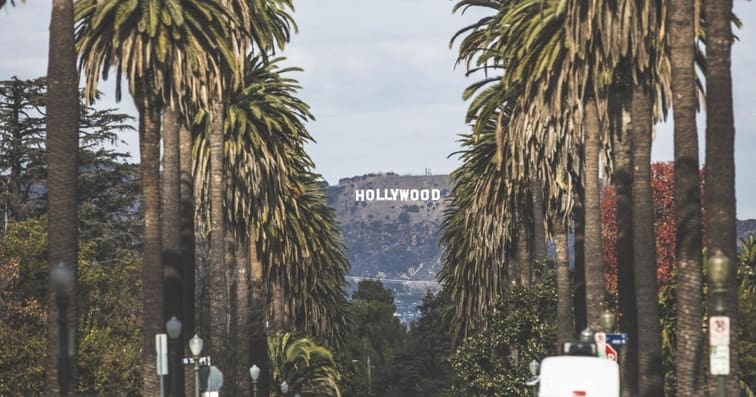 When any person says their dream is to become a screenwriter, a comment you’ll often hear is “you should move to LA first”.

This isn’t particularly useful advice for screenwriters outside of Los Angeles or the US. Or to those that can’t just uproot their lives at the drop of a hat. But the good news is that the fact that you have to move to LA to become a screenwriter may not be as true as it used to be.

So what to make of this famous piece of screenwriting advice? Should you move to LA? What are the benefits? And how might you achieve such benefits without packing your bags and uprooting your life? We take a look…

One of the most important skills for screenwriters to have is networking. It can sometimes be a hard truth to learn, but good writing is often only half the battle. Film networking is where you make your work mean something. It’s where your screenplay becomes something tangible that people can collaborate on, talk about and eventually, produce.

And let’s be honest, the best place for a screenwriter to network is in Los Angeles, the home of all things movies and TV. Whilst movie and TV production is branching out all over the world, Los Angeles is still the film and TV capital (for English speaking work at least).

The chances of you running into someone involved in a TV or movie production in LA is more likely than anywhere else. This, in turn, makes your chances of your work getting discovered that much more likely as well.

Even if you were to pitch your work many times in LA, the chances of someone turning that pitch into a production is much higher too. Just the fact that you have many options of where to pitch your ideas is a big reason why screenwriters move to LA to pursue their careers.

So this is the headline reason for moving to LA as a screenwriter. It’s where the biggest and most important film network in the world is. And just by being there and trying to make connections you inevitably increase your chances of becoming part of this network. This is something that, as a result, increases your chance of success.

However, in the modern age (especially post COVID-19), physical location is becoming less important to working life. That all-important network might not necessarily be as tied to location as much as it once was…

Networking From Anywhere in the World

It is no secret that we’re all spending an increasing amount of time working and existing online. And this inevitably erodes some of the weight and importance of needing to be in a specific place for your career to thrive.

This has affected every industry and film and TV is no different. Previously, agents, producers or commissioners might have expected you to be within commuting distance from their office. Now, they might just expect you to be able to jump on a Zoom call at a moment’s notice.

They themselves will have moved increasingly online. And so your screenplay dropping through their email inbox and you potentially jumping on a video call will be more of what they expect. This is of great benefit to anyone who isn’t in LA or can’t move to LA. Barriers are being broken down year on year.

However, that being said, with such a large population of seasoned professionals still in LA, you’ll likely remain at a disadvantage not being there. So you just might have to work a little harder if there is something stopping you from moving to LA…

The Strategy of Remote Networking

The best way to work harder at remote networking is by getting your work out there in a structured, focused way.

Just because the industry is becoming increasingly remote, doesn’t mean it’s becoming any easier to actually get your work in front of the right people. So you need to conduct remote networking with the same amount of focus you might in person. Find the people you want to aim for, create a strategy for approaching them and plan for the potential outcome.

Whilst the great thing about screenwriting is that it can be done from anywhere, the all-important networking part is perhaps less flexible. Yes, you can network from anywhere in the world. But doing so requires skill, perseverance and discipline.

Envision networking online like a physical industry event you’re trying to network at: identify those you want to network with, have a clear strategy, be open, remain confident, endeavour for an equal exchange and try and make it worthwhile whatever the outcome.

The sunny, hustle and bustle nature of LA is one that could be inspiring for a working or aspiring screenwriter. This isn’t just about networking so much as it is about taking from your environment and giving back.

This is another benefit of someone moving to LA to become a screenwriter. You’re not alone in pursuing your goals and nothing happens in a vacuum. Not only are you working on your screenplay but you’re soaking in everything around you.

“In Los Angeles, everyone is a star.”

Furthermore, you could create one project at the same time you are getting another off the ground. This is the benefit of being in a dynamic environment. Los Angeles, as a base for the film and TV industry, is a living, breathing organism. It’s nourished by those within it. And as a result, it also gives back and nourishes those within it.

That is not to say that you can’t get a similar dynamism from wherever you are. And it’s also not to say that automatically being in LA guarantees you this environment. Moving to LA can be hard and isolating, just as many other places can be.

But the nature of its environment highlights an important element of being a screenwriter, wherever you are. You must engage with your surroundings in terms of the people and networks around you. For your screenwriting career, you must try and get the best out of where you live.

Embrace Your Writing and Place

The first rule of being a screenwriter is to, well, write. Pen and paper, fingers to keyboard, voice to voice recorder. Whatever method you choose, the best way to have the career you love is to do what you love. Despite all the advice about networking and location, of course the actual writing is the fundamental core of becoming a successful screenwriter.

Your writing routine and creative process is the most important part of being a screenwriter, not where you are in the globe. Furthermore, in this day and age, with remote working an increasing part of how people live, getting the most out of your location is essential. This might be about your creative process (such as going for a walk and engaging with your environment) or your actual ideas.

For example, to a producer in LA, an amazing, distinctive screenplay that is intimately connected to somewhere distinctive is going to be worth far more than yet another LA-based romance. In this way, not being in LA can be a huge asset.

Ultimately, it’s important to embrace wherever you are and connect it to your work, directly or indirectly. Rather than getting caught up in not being in LA, make the most of where you are.

Furthermore, try and substitute the losses that come with not being in LA. Whether that’s creating your own invaluable network in your city or town or going the extra mile to network online. Place needs to be both a highly relevant and irrelevant aspect of your work in that you should see it as an asset to use and not a barrier.

There are ups and downs for any screenwriter, whether you live in a small town unconnected to the industry or in the heart of Hollywood. There’s no guarantee that you’ll be a successful screenwriter whether you move to LA or are writing from your cottage in the woods sending your screenplay to producers.

There is little question that you could highly benefit as a screenwriter by moving to LA. Even in an increasingly remote world, moving to LA puts you in the heart of the action. However, it cannot be viewed as a catch-all solution for success. The bottom line is that nothing is achieved through passivity, especially in this day and age.

Sometimes actually being in LA can be a hindrance in and of itself. It can be hard to distinguish yourself from the thousands of other aspiring, working screenwriters in the city too. If your goal is to get an LA agent or connect with an LA producer, the chances are they will probably remember you more if you’re not from LA. This is especially true if you make where you are a key part of your pitch and/or work.

“Life is a matter of choices, and every choice you make makes you.”

Throw a rock and you’ll hit a Los Angeles screenwriter. As much as this can make you part of a community, it can also make it harder for you to stand out in a highly competitive field. Either way, purpose, confidence and strategy are the best ways to approach film networking. And there’s no guarantee that being in LA is the best ground for you to achieve these assets from.

Needing to move to LA as a screenwriter is an increasingly outdated piece of advice. In an online world, place matters less and less. And this makes it easier to achieve your goals as a screenwriter whatever the physical distance between you and Hollywood.

It is though, at the same time, inarguable that being in LA as a screenwriter can be highly valuable. This is as true for the networking side of screenwriting as it is for the daily writing process.

With this in mind, it’s perhaps worth thinking of the value of being in LA as a screenwriter in symbolic, metaphorical terms. Wherever you are writing in the world, it’s important you embrace it and make it a part of your work. This might mean making your location the setting of your story. Or it might mean connecting to and bouncing off local networks of other screenwriters, filmmakers artists or creators.

Just as making the most of location is important to your screenplay, making the most of it for yourself as a writer is too. Connect to your environment and connect it, in turn, to your work. Whether you’re soaking up the LA sunshine or writing in a freezing cabin in the woods, make location matter.

This article was written by Christina Commisso and edited by IS Staff.

2 thoughts on “Do You Still Need to Move to LA as a Screenwriter?”