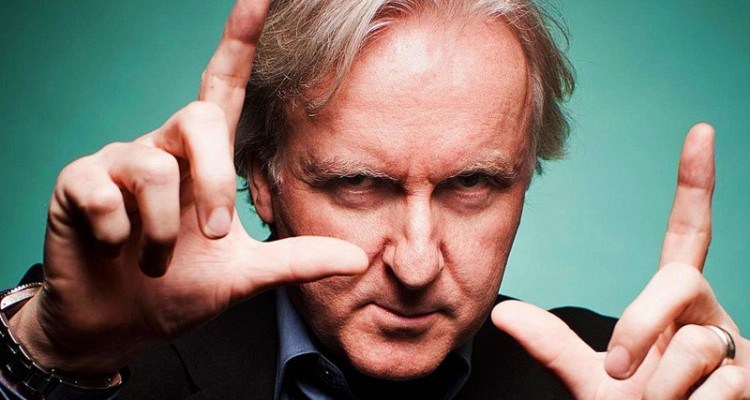 With a filmography that boasts the likes of THE TERMINATOR, ALIENS, and THE ABYSS, James Cameron is undoubtedly one of the finest genre filmmakers and storytellers the film industry has ever seen.

“There are many talented people who haven’t fulfilled their dreams because they over thought it, or they were too cautious, and were unwilling to make the leap of faith.”

A veteran of science-fiction cinema, and a self-professed lover of deep-sea exploration, the Canadian writer/director’s major successes also include AVATAR and TITANIC, the two highest grossing films of all time.

Below are 20 of the best James Cameron quotes for writers, filmmakers, and storytellers…

1. “Inspiration can hit you in the head at any time in any context. It could happen in a conversation. Talking to someone at a party, you can get an idea. But you’ve got to remember those inspirations.”

2. “I had read tons of science fiction. I was fascinated by other worlds, other environments. For me, it was fantasy, but it was not fantasy in the sense of pure escapism.”

3. [On the similarities between deep-sea diving and storytelling] “I’m a storyteller; that’s what exploration really is all about. Going to places where others haven’t been and returning to tell a story they haven’t heard before.”

4. “The writer must be able to figure out how to limit the effects and still tell the story. Start with one matte shot of the castle, for instance, then go inside and let the rest of the scene play out on two sets. When you have it on the page and people read it, it makes sense to them. On the other hand, if you write the same scene to go inside the castle, out on the parapet walls, back inside through fourteen rooms and end out on the roof, you have just made that same scene four times more expensive, probably without adding a thing dramatically.”

5. “Imagination is a force that can actually manifest a reality. Don’t put limitations on yourself. Others will do that for you.”

6. [On his early fascination with comic books] “I always wanted to be a raconteur, a storyteller, and I also wanted to create visually and produce images. I was always doing both: I’d be writing stories and also painting, looking for a way to mesh them.”

7. “I feed on other people’s creativity, photographers, artists of every kind. Sometimes a feeling that you get listening to a song can be so powerful. I’ve wanted to write whole scripts around what I felt just listening to a piece of music. I think music is important, and surrounding your visual field with stimulating things.”

8. “If you set your goals ridiculously high and its a failure, you will fail above everyone else’s success.”

10. “Writing a screenplay for me is like juggling. It’s like, how many balls can you get in the air at once? All those ideas have to float out there to a certain point and then they’ll crystallise into a pattern. It sometimes takes me three or four days to get into a head space where I can do that and if I get interrupted at any point I have to start over. So I couldn’t be one of these staff writers who hangs out, does a long lunch, goes back, and writes six pages in the afternoon.”

11. “Sometimes the more fantastic an idea is, the more you have to be very careful about how you design it.”

12. “Getting the audience to cry for the Terminator at the end of T2, for me that was the whole purpose of making the film. If you can get the audience to feel emotion for a character that in the previous film you despised utterly and were terrified by, then that’s a cinematic arc.”

13. “So much of literary sci-fi is about creating worlds that are rich and detailed and make sense at a social level. We’ll create a world for people and then later present a narrative in that world.”

15. “You have to not listen to the nay sayers, because there will be many, and often they’ll be much more qualified than you and cause you to doubt yourself.”

17. “People call me a perfectionist, but I’m not. I’m a rightist. I do something until it’s right, and then I move on to the next thing.”

19. “It’s about human imagination and curiosity. What’s out there? What’s in the great beyond? What exists at levels we can’t see with our five senses.”

20. “There are many talented people who haven’t fulfilled their dreams because they over thought it, or they were too cautious, and were unwilling to make the leap of faith.”

What did you think of this article? Share it, Like it, give it a rating, and let us know your thoughts in the comments box further down…