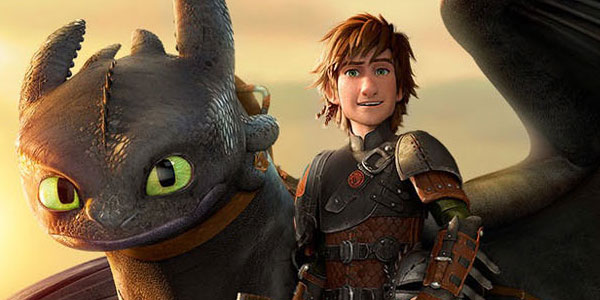 Unheralded Scene: HOW TO TRAIN YOUR DRAGON (2010)

The film: Dreamworks’ insta-classic HOW TO TRAIN YOUR DRAGON – a copybook example of how to combine the animation tropes of family, mismatched buddy pairing, thrilling action, comedy and romance with a distinct visual realm.

The plot: Young Hiccup is an outcast amongst Vikings – scrawny and weak, of no use when protecting his village against a variety of marauding dragons – high on enthusiasm, low on skills, and worse yet, he’s the son of the village’s burly fearless chief – but defying orders to stay away from battle, Hiccup lucks out one night, secretly bringing down the most feared dragon of all – a Night Fury. Venturing out to the dragon’s crash site, Hiccup is set to cut out the injured dragon’s heart, and prove himself to the tribe… but he can’t go through with it. Instead, he slowly forms a bond with dragon ‘Toothless’, nursing him back from injury and making a specialist harness to replace a missing tail-piece. Hiccup uses his time with Toothless to learn the truth about dragons – and finds peaceful ways to move through dragon training in the village. But can he keep Toothless a secret from the tribe? 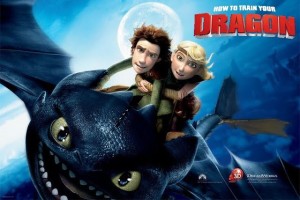 The scene: Having spared Toothless’ life, Hiccup returns to feed Toothless. His protective shield gets wedged between rocks – meaning Hiccup only has friendship and trust to help him out. What follows is a scene of pure visual storytelling, as Hiccup slowly gains the cat-like Toothless’ trust through feeding him a fish – and then proving their growing friendship by eating a regurgitated morsel from Toothless. You can watch the scene from HOW TO TRAIN YOUR DRAGON here.

Why it’s unheralded: With major battle scenes and moments of flight stealing the thunder, this scene from HOW TO TRAIN YOUR DRAGON is the understated but crucial moment of bonding which sparks the mis-matched pairing’s journey together.

Why it’s great: Just as THE ARTIST proved you can do everything with visuals, this scene from HOW TO TRAIN YOUR DRAGON delivers one of modern cinemas great silent characters – Toothless the Dragon, an able successor to Gromit in the silent animal stakes. The seemingly innocuous moment where Hiccup loses his shield between two rocks is vital – the village teaches that shields are the most important tool against fire-breathing dragons – but Hiccup is treading new ground and needs to do that without the gifts of the village. This raises the stake of the scene, as any miscue and Hiccup is defenceless. The dropping of the knife is a further moment of the hero stripping himself of the old ways of thinking – externalizing Hiccup’s iconoclastic ways in regards to dragon diplomacy.

When Toothless offers the fish back to Hiccup to taste, it gives Toothless active desire and shows his community’s way of sharing – a key moment to foreshadow a big twist later on about just why dragons have been raiding the village for fish supplies. Both characters reveal so much about their backgrounds with a few key actions. On top of that, we have Toothless’ efforts at humanising – the grin – as well as a couple of good reminders that things aren’t going to be plain sailing for Hiccup – Toothless bares his actual teeth, and after a moment of connection, turns away from Hiccup at the end. Still more work to do….

If you enjoyed this article, why not check out our Unheralded Scene: UP IN THE AIR (2009)?