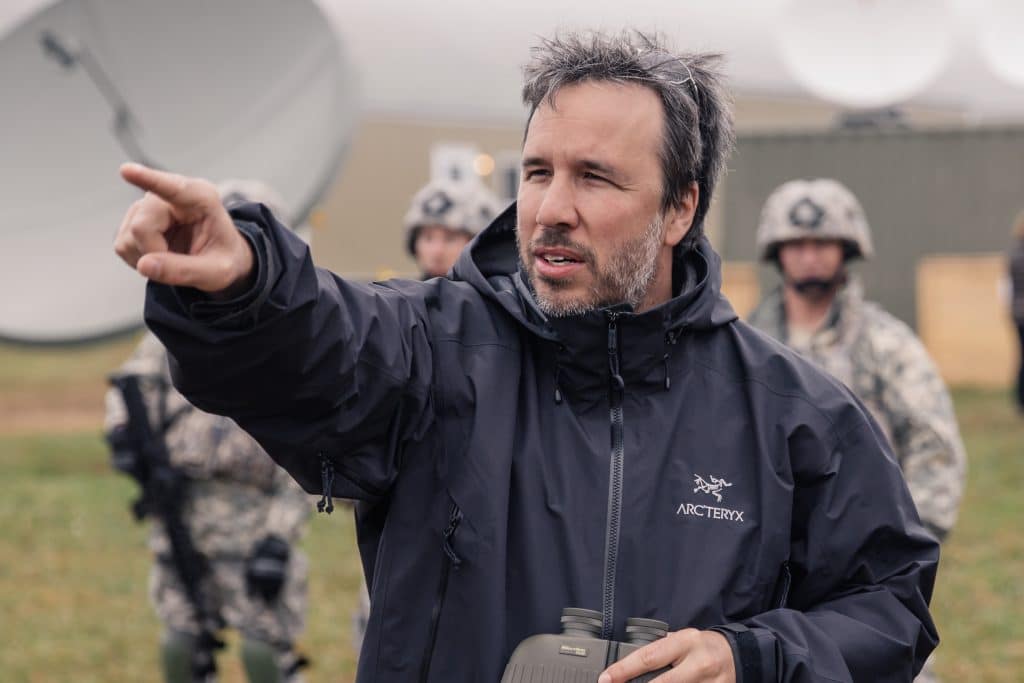 Denis Villeneuve began his career as a film-maker in his native Canada, as part of the National Film Board of Canada to produce a series of self-shot documentaries.

It was in 2017 that Villeneuve was announced as the director of DUNE, a new adaptation of the classic novel by Frank Herbert.

He is a director with an artistic, fearless approach but one not afraid to take that approach and apply to big tentpole features.

Below are 19 Awesome Denis Villeneuve Quotes about his creative process…

Denis Villeneuve on craft and aspiration…

1. (Denis Villeneuve on crafting a story) “When I was a kid, I was always going to bed creating a story and that was the birth of filmmaking for me. I would like going to the dream-state by telling the story to someone else in my mind. That was my imaginary friend; it was an imaginary audience listening to my story”.

2. “The truth is, When I started to make films, I was terrified. I had a huge difference in what I was writing in the screenplay and what was on the screen after. Sometimes there was a big gap. Now, the more I have experienced, the more I do movies, The more I feel that the dream is closer to the screen. It’s coming with the experience”.

3. (Denis Villeneuve’s advice for directors) “As a director, you’re a bit of a dictator. But I feel that you’re a better director if you’re open to other people’s ideas. It means that it’s tougher: you have to be in a choosing process; you have to put the ego aside. As long as everybody’s aiming in the same direction… I’m open to my main partners in the film crew.” 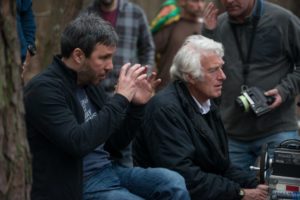 4. (Denis Villeneuve on finding a story) “I think I’m attracted to subjects that I’m afraid of. It’s a way to approach things I am afraid of, things that bring fear in my heart, and try to understand them, try to deal with them. It’s like demons. I try to approach it and understand it… I’m just visiting fears.”

5. (Denis Villeneuve on directing actors) “When there’s no technical problems if you did the right casting, and the scene is well written, the actor will give you a strong performance with his intuition right from the start.”

6. (Dennis Villeneuve on his inspiration)”Very early on, I was writing stories, and I was amazed at Spielberg’s movies when I was young. Coming from the countryside, I was so impressed with the way he was able to tell stories and the way he was able to deal with le merveilleux – the wonders. Very quickly, he became for me a massive hero, and he introduced me to the world of a director.”

Denis Villeneuve on his work…

7. (Denis Villeneuve on Prisoners) “I love, in movies, when you feel and you understand the past of the character without it being said or having a flashback or something that explains. I think, in ‘Prisoners,’ we need to understand that Loki’s character’s past was not first class. He was not the first in his class.”

9. (Denis Villeneuve on Sicario) “‘Sicario’ is about how the Western world reacts toward problems outside of its borders. Should we become monsters in order to fight the monsters? It’s not about the cartels. The movie could have been set in Africa or the Middle East.”

11. (Denis Villeneuve on Enemy)“I made ‘Enemy’ to prep myself for ‘Prisoners.’ I had the need to direct something smaller in English before going to Hollywood. That’s the way I sold it to Warner because they asked me if I was berserk to make a movie right before.”

12. “If I wanted to have total control and be a dictator, I would do ice sculpture in my basement. If I want to make a movie, I’m going to work with 500 people, and I will have to work with their strength and their weakness.”

13. “On a film crew, you can see very quickly that some people who are working with you are stronger than you. Then you have to have the humility to listen to them. And because very often they have better ideas than yours, it can be tough on the evil ego. But it makes a better film.”

14. (Denis Villeneuve on superhero movies) “I feel, since 2001, this huge need for Americans to have superheroes on the screen. This idea that a super-being will protect you. That this being can go above the law but, at the end of the day, would be a good force and defeat the evil. This idea that this half-god exists. This need in the subconscious of America to find these gods.”

15. (On genre) “It’s not about choosing a specific genre; that’s not how I go about deciding what movies to make.”

16. (Denis Villeneuve on interviewing through production) “I cannot talk about something as it is being made—it’s like asking a hockey player how he will score as he is skating toward the net.” I’ve been asked about this movie for almost two years. I admit, today I was waking up and I said, “what is left to say?”

17. (On high vs low budget productions) “The process is mostly the same. The initial dream is great. To communicate your vision with thousands of people? That’s the big difference from smaller movies, when you move from chamber orchestra to symphonic orchestra and have everyone play the same tune.

18. (Villeneuve on putting his own spin on a cult classic like Blade Runner) “Just as an example I would say the approach of K, character played by Ryan Gosling, walking, discovering Las Vegas, was totally different in the original screenplay. I would say that the attack on Vegas was also very different. If someone was reading the original screenplay and seeing the movie, you will see I paid for that (laughs), to make the movie mine. It’s everywhere. I didn’t have the choice. That’s the only way to work. It’s a process that I’m doing right now on “Dune,” to revisit the scenes and find images, cinematic images that I feel that I will be able to do that are inspiring me.”

If you enjoyed this article check out more of our articles on filmmakers and their words of wisdom, such as 20 quotes for writers and filmmakers from director Kathryn Bigelow.