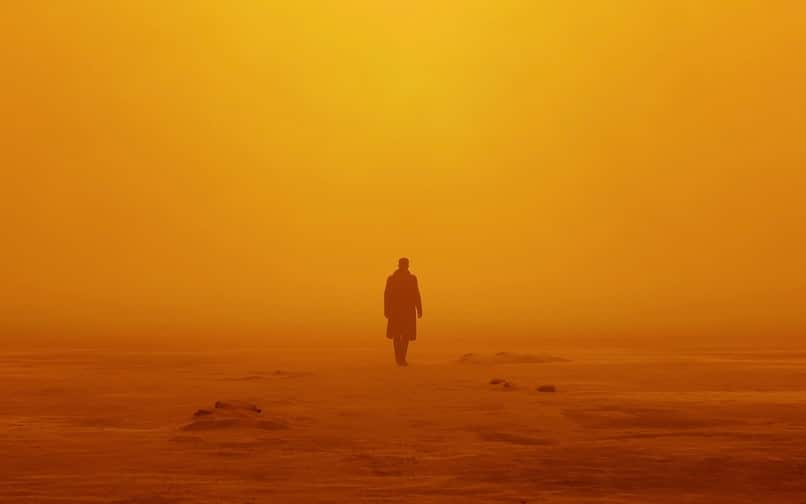 We’ve all heard the term “cinematic”. Film reviews, job offerings, script feedback, award acceptance speeches. Many people in the industry use this term, some of them quite lightly. But what is the real definition of “cinematic”?

In the dictionary, cinematic means “relating to cinema”. Plain and simple. But not so fast. If this were true, then ANYTHING that is related to cinema would be cinematic. But in the media landscape, not everything quite qualifies as such.

Cinematic: “Possessing the quality that comes from effectively using the tools of cinema to tell a story (…) in a way that would not be possible in another medium.”

Patrick’s definition gets us closer to what cinematic really means in terms of filmmaking and screenwriting. So let’s break it down.

Putting all these elements together, we can conclude that in screenwriting, “cinematic” is the potential of something feeling like the movies. But let’s look at how this definition of cinematic can actually manifest within screenwriting as well as filmmaking.

The Elements of CINEMATIC

Firstly, we have the visual elements of being cinematic. These collect some specific elements of cinematic language (framing, lighting, etc). Technical decisions such as the aspect ratio or color correction will help make your film more or less cinematic.

Think about Dune, a knowingly cinematic movie. Dune uses these tools very appropriately to create the world this story takes place in. This is one of the movie’s best assets.

Greig Fraser (Dune‘s director of photography) said that his choices were based on the characters in order to create a specific visual mood for each one of them.

The depth of field and the long, open shots allow the viewer to feel like they’re part of this world. This helps us to be empathetic with the character’s motivations.

The color palette and color grading, also plays an important role in Dune. Dull when portraying the dessert and the political struggles, but also bright when exploring the inner thoughts of the protagonist. It all comes together to feel like a movie.

For screenwriters, the job is to create this feel through the writing. When you visualize your story, think about these elements and how you can suggest them through words.

How can you nod at different moods, colors or atmospheres? How can the characterisation change the atmosphere or influence the scene? These are vital questions to think of when writing with the visual in mind.

Cinema is of course not only seen but heard. And this gives filmmakers another opportunity to achieve a cinematic feel. Technically speaking, cinema has a specific way to use sound to tell the story.

There is such a thing as “cinematic sound”. And not all movies out there have this quality. In a given scene, a live recording orchestra will give a completely different feeling to a song coming from a recorded album.

Master composers such as Ennio Morricone, Hans Zimmer and, John Williams, provide examples of this. Music accompanies images with the task of telling the story. It helps to create an atmosphere that, as said before, feels like a movie.

Just like music though, dialogue and other sounds play an important part in creating this environment when writing.

Additionally, other sound effects, such as background noises and sounds of the atmosphere, can help create a cinematic feeling. Take a moment to plan and include in your script those sounds that could accompany scenes.

The goal is to help the reader imagine how the film will feel. Although it’s advised not to write music queues or specific songs, you can still create the sound atmosphere with other elements.

Take a look at this excerpt from the Whiplash screenplay.

Without specifically writing down the sound effects, the writer, Damien Chazelle, creates a specific audio-visual experience with the description.

The way that the scenes in a movie interact with each other is probably the most important thing that distinguishes film from other mediums, like theater. It allows the filmmaker to tell the story in the exact way they want to by arranging the scenes to their convenience.

For Alfred Hitchock, editing was a way of “assembling” the story. He believed that putting smaller pieces of film together allowed for better storytelling; instead of showing the scene in a single shot.

When you write the scenes that compose your film, you can make certain choices that allow for your story to be more cinematic.

The rhythm will play a crucial role in the creation of the cinematic feel. And the choices you make in the construction of your scenes will also affect the audience’s attention.

When writing your story, it is good to keep in mind the genre, rhythm, and overall goals of telling your story. If these are aligned, your film will not only feel more cinematic, but more cohesive in its tone.

These dynamic techniques might be used to imply sadness or comedy. The films of Wes Anderson, for example, do this beautifully, using certain cuts and transitions to highlight their unique humor.

Mise-en-scène in the Definition of Cinematic

Mise-en-scène is a French term (originating from theater) that essentially means the arrangement of elements within a scene in relation to one another. And it’s key in reaching for the definition of cinematic in your screenwriting.

In film, this refers to whatever is in front of the camera – the combination of elements that allow for the story to be told. Set design, costume, lighting, composition and aspect ratio, to name some, work in conjunction to create the atmosphere of the scene.

Thinking of mise-en-scène while writing your script will help you achieve your cinematic goals. This is because mise-en-scène is all about visualizing how all the different elements in your scene will come together to create an overall picture.

How does each element interact with the other? And how do they all affect one another? This is the key to mise-en-scène and, in turn, the key to reminding yourself as a screenwriter of the all-important visual make-up of the film.

1. Angles. Although the framing of scenes is mostly a director’s job, the way you describe it will subtly provide them with guidelines. Wider angles tend to feel more cinematic. To achieve this, think about the big picture. Describe what is seen around the setting, the sky, the floor, the characters’ full bodies, etc.

2. Pace/Rhythm. Longer shots and slow-paced editing are great allies when creating a cinematic feel. By describing the elements of your scenes in deeper detail, you’ll create captivating images that will give the reader a sense of slowing down. Conversely, a quick succession of images will create a different, more fast-paced cinematic feel.

3. Dialogue. Writing dialogue is a craft on its own. And as such, it’s something that will automatically elevate your story. Good dialogue also allows actors to give deeper, more emotional performances. This, in turn, will lead to a more cinematic feel. Think about your dialogue as a weapon to utilize rather than a method for carrying the story. Moreover, try to hear the dialogue through your character’s voice.

Take a look at the opening scene of The Social Network. The protagonist‘s dialogue creates an atmosphere on its own. It allows the audience to get to know him and understand his main motivations. In addition, it sets the mood of the story and tone of the film.

The Definition of Cinematic in TV Series

With streaming and VOD, it’s becoming increasingly common to see “cinematic series”. TV writers and directors are now adding these cinematic elements to their stories and creating scripts that revolve around them.

In the first place, series have a bigger scope and cover a longer period of time. This allows for greater character arcs and conflict development, providing a whole new definition of cinematic.

Breaking Bad, for example, does this very well.

Other great examples of this are HBO series such as True Detective and Chernobyl. In these series, the rhythm, angles, sounds and acting add up to a viewing experience that certainly feels like the big screen. But they also tackle big themes and stories with wide, cinematic scope. They use their format to reach for depth, expanding the potential of what a “cinematic approach” can achieve.

And there are of course the more adventurous, epic series like Game of Thrones, which completely changed the way we look at TV.

Nowadays, television is meant to impact the audience and give them experiences akin to the cinema. Directing styles are now more immersive and character-centered, matching the focus of the writing. We see more natural locations, rather than studio sets. And the camera work goes beyond the traditional multi-camera method.

All of this allows for a much more cinematic feel than those series from previous decades, which felt noticeably more low-key and grounded than their movie counterparts.

“Cinematic” should be a kind of storytelling, not a look. The elements used should be part of the story and help to tell it. Using cinematic elements without a specific purpose can make your story seem un-impactful and incomplete.

The definition of cinematic is not limited to visual elements, such as angles and color correction. Instead, it is a combination of everything that is on screen. When you’re looking to write a cinematic story, bear in mind how these elements relate to what you want to express. And keep only those that enrich your story.

Because “cinematic” is a feeling, the atmosphere we’re creating has to resonate with our audience’s senses. Sight, of course, but also, hearing – with the dialogue, music and general sound design. The proper use of all these elements will evoke feelings in the audience that will make them connect with your story in a visceral way.

The most important thing to remember when writing to be more cinematic is to be fully aware of the form you’re writing for. Make the most of what cinema has to offer a story by leaning into all its most powerful tools.

This article was written by Regine Clemenceau and edited by IS staff.