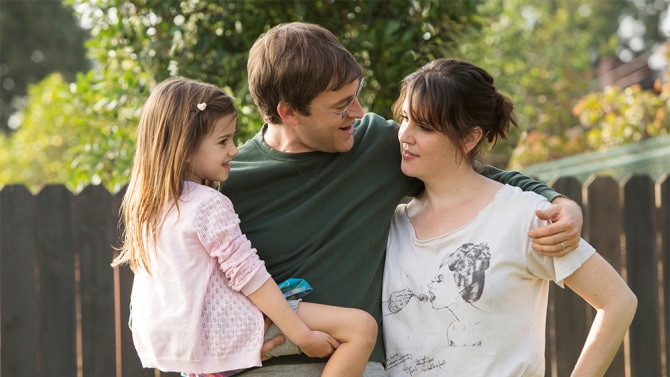 The show: In a change of pace – reflecting the recent dominance of TV’s Golden Age and the VOD boom – as well as to mark the Duplass Brothers’ four movie Netflix deal – this month brings us a scene from a new show – HBO’s TOGETHERNESS. Written and directed by Jay & Mark Duplass, the single-camera dramedy takes in the lives of Los Angelinos as they turn 40 – a stilted marriage and a pair of loveless losers. You can see a trailer for season one here. 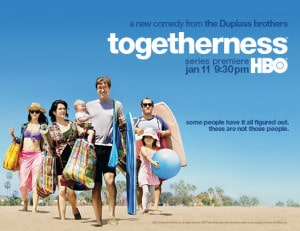 The scene: After being played for big laughs early on, the subplot takes a more meaningful twist in the finale. After a reckless night out with Michelle’s neurotic sister and Brett’s slightly unhinged actor buddy, the drunken husband and wife hit the sack. Attentive Brett gives Michelle aspirin and water to fend off the likely hangover – “You’re such a good husband” – which sparks the simple but painful exchange;

BRETT: “Why don’t you want to have sex with me anymore?”

Why it’s unheralded: Only premiering on Jan 11th… renewed for a second season already, it looks like the show will be a grower.

Dramedy is a tough genre to master, especially in half hour short form where balancing comedy and drama on a scene by scene basis can be tricky. After luring viewers in with a couple of recognisable situations – the tricky issue of self-pleasuring in the confines of a family home – the show twists the knife with the final reveal of subtext. Worry, confusion, deeper issues. Showing that with dramedy, the comedy formula can be inverted – rather than serious setup for comedic punchline, a series of comedic setups can deliver a dramatic punchline.

If you enjoyed this article, why not check out our Unheralded Scene: WEST OF MEMPHIS (2012)?