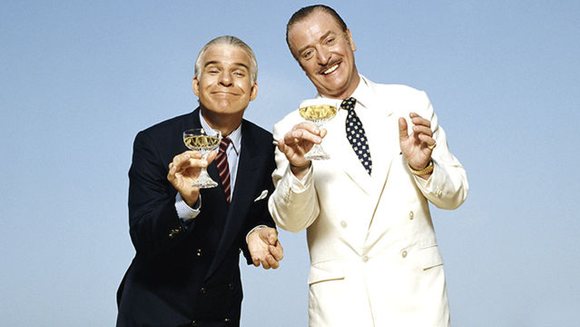 Script hosting sites divide opinion, arguably more than any other screenwriter or filmmaker resource. Maybe it’s the business model which sticks in many people’s craw (“my script’s going to sit there, passively and you’re charging what?!”), maybe it’s the fact that the success stories are so few and far between, but either way the jury’s split on this one.

We’re not going to lie, here at Industrial Scripts one of the toughest parts of our work is gaining industry traction for our Talent Connector programme.

In case you’re not aware of it, this involves us marketing details about our most promising clients’ scripts to a list of bona fide industry execs, agents and producers.

Not just anyone can have their details marketed, either – one of our script consultants has to award the script an “above Pass” rating (so “Low Consider”, “Consider” or a fabled “Recommend”) to qualify.

“Blahdiblah Script Hosting – we revolutionise the way writers and scripts are found!” (or not).

As suggested it is a serious battle to get the industry’s attention for these scripts.

Screenwriter Tamzin Rafn expertly articulated this battle in her blog post for us, The Hierarchy of an Executive’s Script Pile.

So, you do the math.

Based on all of the above, do you think a paid script hosting website, with perhaps less solid credentials, would have a credible shot at gaining the attention of the industry’s incredibly busy agents, executives and producers?

Nope, neither did we.

1. The Real Industry Doesn’t Have Time For It. Period.

“I’ve barely got enough time for my existing clients, let alone roving around websites looking for more”, an agent in LA told us.

Some script hosting sites hang their hat on the sales they’ve manufactured, or representation they’ve gained for their clients, but:

“My script had been optioned in the past, at different times, by two major studios but the rights had reverted back to me. So I knew already I had a superior piece of writing on my hands to 90% of the scripts out there. I decided to give a major script hosting/promotion website a try, just to test it out. I paid extra for the site to cover it, and it tested in the top 2% of scripts on the site. I thought I’d be inundated with read requests. Instead, I only received 1 request to read the script in 6 months” – An industry writer at Cannes

2. “Speed of the Puma!”: The Old Fashioned Ways Die Hard

“Film”, a learned Development Executive this writer worked under once said, “is a people business if ever there was one”. All the agents we know scout talent the old fashioned ways and work off personal referrals and recommendations. They go to the theatre, a lot. They watch short films, a lot. They field calls and emails off their friends at other companies, a lot. They do rounds of coffees and ask other people what they’ve read, a lot. They prioritise all this work way, way above pitch contests and script hosting sites and all the new ways of talent tracking that the internet has belched up. Don’t believe us? Ask around, call a few agencies. The old ways of talent tracking die harder than Bruce Willis.

Without naming names, there’s been enough attempts now at “revolutionising the way writers and scripts are found”. Sites appear, bury Twitter and Facebook in an avalanche of promotional tweets, and then slink off into the shadows when nothing happens. Enough already. One, maybe two sites in America have made a genuine go of it over a sustained period of years promoting/connecting scripts in a huge marketplace, but that’s it. And, again, the rules above apply – you’d find a way into the business far quicker as a writer by JUST WRITING SOMETHING AWESOME and finding a way (any way) to get it in front of someone who knows someone who knows someone, than you would uploading it to hosting sites. The game’s up, it just doesn’t work, nobody’s got the time, energy or inclination…

4. No Track Record, No History of Taste

So when Mike Hotshot at Major Talent Agency is called up by Darryl Wiggins at ScriptHosting.com (based out of Arizona) well, it doesn’t matter if Preston Sorkin has just won their comp and beaten 2,000 people in the process.

5. The Industry, like you, is Sceptical of Script Hosting Sites

The problem with the industry is this: all the agents, execs and producers want brilliant scripts. The agents want amazing scripts from unrepped writers so they can sign them. But, and this is crucial – they want these writers and scripts delivered to them in the way they want them delivered, NOT in the way the internet wants to deliver them. They want their best friend at Warners who they’ve worked with for years to call them up and tip them off. In their mind’s eye, that’s a stamp of approval. The script has now moved from the “guilty” into the “innocent” category in the agent‘s mind. Even if they don’t end up liking the script, they’ll still like it more than they would if Darryl from Arizona got in touch because no-one really believes in the script promotion model, and no-one wants to believe in it either, really. They want referrals. They want tip-offs from friends. They want to see an amazing short. They want to catch your play. Once all’s said and done, they want the old ways…

“Boogiewoogie Script Hosting even got my script optioned by a big movie-film producer while they were still testing their website!! The cheque’s in the mail, I quit my job, and am no longer a pest control officer yeeeaaaah!!”

It goes without saying that there are competing film and TV projects the world over. Even now, the premise behind your searingly original sci-fi blockbuster is probably being developed elsewhere, by someone else, in a different form or guise.

But if it’s just sitting there…inert…on a script hosting website, easily accesible by thousands of people…?

All these sites offer disclaimers and reassurance messages but ultimately the blunt truth of it is if your idea, and indeed your script, is sitting there in the public domain then poaching it is as easy as 1-2-3.

Someone can just read it, grab it, and it’s gone and there’s absolutely nothing you can do about it (because you can bet your bottom dollar that the script hosting site states very clearly in their small print that you cannot blame them, or sue them, or even shout at them if an idea goes AWOL in this way).

Ultimately, if you decide to upload your project to one of these sites you really can’t moan when it appears in cinemas a few years later, written by somebody else.

The Black List, founded by former executive Franklin Leonard (Leonardo DiCaprio’s co, Will Smith’s co.), is arguably the exception to many of the rules listed above.

Crucially, what it has over all the others, is industry respect.

And this is vital, because without it…what is a script hosting site really selling?

Not much, is the frank answer.

So whilst TBL hasn’t always covered itself in glory in terms of the quality of its script notes, that’s never been its mission exactly.

Its mission is to allow bona fide industry folk to discover new scripts and talent.

Should writers use script hosting sites, then?

Only if you’ve already written a Winner.

Like, a taste-proof screenplay. You know the type – those that impress, regardless of reader or subject matter or any other external influencing factor.

If you do have that Winner, the type that’s already scored “Recommend” verdicts from a leading script consultant, then a script hosting site might help you.

But if the script isn’t that great, well, you just played the lottery apart from, if you win by some miracle, you get a $1 option offer from Joey straight out of NY Film School, rather than $10m.

Instead: write. And read. And write.

And join a well-put-together writers’ group. And get professional script coverage when the time is right.

And most importantly improve….the fastest route to success is to put together a portfolio of brilliant scripts. Careers can move very very quickly IF and only if, you enter the industry with the right product.

For an inspiring tale on how quickly things can move if you have the right product, read this interview with KILL LIST writer-director Ben Wheatley on how he put together DOWN TERRACE for just $8000, and launched his career in the process…