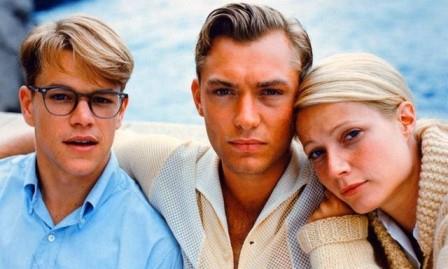 ANTHONY MINGHELLA will be best remembered for THE ENGLISH PATIENT, the film that won 9 Academy Awards including Best Picture and Best Director.

But the biggest tribute one can pay him is that over a relatively brief directorial career (only 6 major feature films), he will go down in history as one of the finest filmmakers and screenwriters the UK ever produced.

His ambition was huge, his talent immense, and beneath the endlessly warm facade lurked a truly steely competitor who flatly refused to compromise and is one of the few A-list directors you’d struggle to find anyone who’ll speak ill of.

“Minghella was a realist romanticist. A kind of poet, disciplined by reality, an academic by training, a musician by nature, a compulsive reader by habit, and to most observers, a sunny soul who exudes a gentleness that should never be mistaken for lack of tenacity and resolve. He was capable of taking great blows without weakening”. – Sydney Pollack 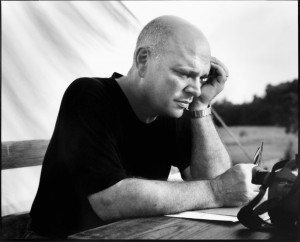 1. “I’m interested in stories which insist on a dog fails-to-eat-dog kind of world. I hate misanthropy and want to believe that there’s a possibility that we might all be redeemed, that hope deferred makes the soul sick, that our humanity is fragile, funny, common, crazy, full of the longing for love, the failure of love. I want to tell stories which require something of an audience, by way of thought, argument, emotion, because I’m more often in an audience than I am a maker of films, and that’s the kind of movie I want to see.”

2. “I’ve been writing for over twenty years, all my adult life, and so I suppose that I’ve made peace with myself and my hopeless, undisciplined technique. I’ve stopped unravelling everytime I’m unable to write. I wait. The drawer opens. Waiting is part of writing. When I write the word ‘waiting’ by hand it even looks like ‘writing.'”

3. “My best experience as a writer was working with Michael Ondaatje. He let me dismantle his novel, reimagine it, and still had dinner with me and gave me good notes. But the best thing about writing has been the writer’s life, the sense of being expressed, the ownership of the day, the entirely specious sense of freedom we have, however slave we are to some boss or other. I wouldn’t trade it for any other life.”

4. “I had never thought of myself as a director and found out that I was not. I am a writer who was able to direct the films that I write.” 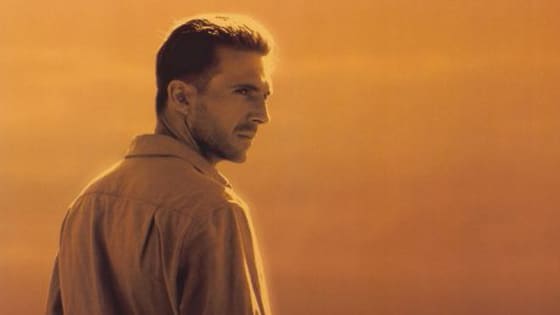 5. “When I was writing the screenplay (for THE ENGLISH PATIENT) I thought, ‘My God, what am I doing!’ My friends told me the book was unadaptable. The process of adapting The English Patient required me to join the dots and make a figurative work from a pointillist and abstract one. Any number of versions were possible and I’m certain that the stories I chose to elaborate say as much about my own interests and reading as they do about the book.”

6. “I never feel more myself than when I’m writing; I never enjoy any day more than a good writing day.”

7. “You know, you lose a lot of social skills if you’re a writer. You spend too long alone. And it’s forced me to address that.”

9. “Nobody wants to make any film, ever. I mean, you can assume that every head of every studio would be perfectly happy never to make another film, because making films is dangerous, costs too much money, none of them make sense, there’s absolutely no guarantee that they’re going to work – the best thing is not to make any; you can’t get fired for not making a film – you’re going to get fired for making the wrong film. And so you realise that the first words anybody in the movies wants to say is no, and the job of the director or producer or writer is finding the area of least resistance to get the film made. There’s never been any movie I’ve made that anybody’s wanted to make, ever.”

10. “For good or bad, TRULY MADLY DEEPLY‘s the film that’s mattered most to people. It’s the film that oddly has spoken most directly to people that I meet. And it’s sort of dispiriting in a way because it was a film that was painless to make, with my friends; I did very little work preparing the screenplay, it was a quick shoot, it was a painless edit, it was sort of done before I even realised it. People said to me, ‘It was great the way you did this’, but I can’t claim the credit because at the time I didn’t know how to do anything else and I only had 28 days to make it, and I’ve been struggling to reproduce the lack of complication that that film has ever since. It was a group of mates and a camera really.

11. “I feel like such an amateur film-maker, but not an amateur writer. I will always feel like a writer who directs and not the other way round. An American studio don’t understand why I feel the need to write my own work because they don’t respect that the screenplay is everything. The screenplay is the musical notes, and then you play the notes to make the film”.

12. “The writer has to be indifferent to the realities of filming. The well-behaved film writer, the writer who’s writing for his or her director, is of no use. There has to be a kind of antic level to writing, which the director then has to formalise in some way…I try to never censor myself when I’m writing”.

13. “The madman should be writing and the sane person should be trying to work out how to do it. You can’t be sane and insane simultaneously. I think that I’m a very rebellious writer of screenplays and a quite conservative director of them”.

If you enjoyed this article, why not check out our article containing 20 Great Ingmar Bergman Quotes on Storytelling?