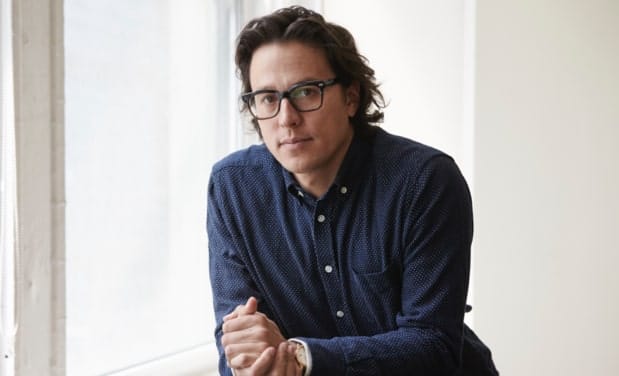 Cary Fukunaga has had a prolific career so far. He is American by nationality, but of Japanese, Swedish, English and German ethnicity. His films have a distinct and often international feel, spanning different continents, languages and genres.

In 2004, his writing and directing career began while he was at New York University. The filmmaker rose to fame in 2009 after releasing his feature debut film, Sin Nombre, about immigration to the US and Mexican ganglands.

After this, in 2014 he directed the first series of True Detective. For this he won the Prime-time Emmy Award for Outstanding Directing for a drama series.

Furthermore, Fukunaga founded the production company Parliament of Owls, which has produced most of the films he has directed.

He’s the first American filmmaker to direct an official James Bond movie, which was announced in 2018.

Cary Fukunaga is best known for…

Fukunaga has built a diverse and exciting body of work in his career so far.

He’s not only an established and talented director but a skilled and committed screenwriter, having written most of the screenplays for the films he has directed, in addition to some stand alone screenplays too.

We’ve complied some of the most inspiring and interesting Cary Fukunaga quotes.

1. “Collaborations aren’t easy, but you definitely get something highly different than had you done it on your own. That’s part of the experience.”

2. “It’s easy to make something avant garde. To do something in the traditional way is much more brave in the sense that you’re – your technique is so much more exposed because there’s not all this flashy stuff to distract the viewer.”

3. “The problem with being a writer/director: unless you’re really disciplined, you start adding projects, and you have to make time to make them. Because you have to write them … no one else is writing them for me.”

4. “Even on my films, I always collaborate with the actors. That’s a given. I think you need that. You need the actors to feel as much ownership of the performance and the direction of the story as you do, to get the most out of everyone’s potential. Part of it is just making sure we all have the same vision.”

5. “I want to be happy while I make movies and not just do things just to work. I want to do things I spend years on.”

7. “I definitely pay attention to details. I think one of the hardest things about making a movie is that it can be scrutinised over and over again. If anything just isn’t right, it’s going to take you out of the film.”

8. “Some directors don’t get involved in the cinematography and are just about story, but I’m definitely more tactile than that in terms of my involvement in the minutiae.”

9. “If you have something really important you want to say, you have to read your audience, I guess. For lack of a better word, it’s almost like a seduction, right? If you really want to tell someone you love them, you don’t just go and blurt it out. There’s a dance. And your movie does that. Your movie should lull people into a place of openness and vulnerability. If it is just a diatribe, it’s never going to work.”

10. “I don’t really see a huge divide between filmmaking and television. In the end, a lot of people are going to be watching this stuff on their laptops and their iPhones anyway. So, it doesn’t really matter where it comes from, as long as the stories get told.”

11. “Your movie should lull people into a place of openness and vulnerability. If it is just a diatribe, it’s never going to work.”

Director Cary Joji Fukunaga on NO TIME TO DIE

12. “Writing, for me, is an inherent part of understanding the material on a deeper level.”

13. “I’m definitely sensitive to the idea of exploitation. You don’t want to glamorize certain things.”

14. “I think any character has to be well-rounded, whether they are male or female – they have to be complex and make choices that maybe we don’t agree with, you know? I guess that’s what makes them human.”