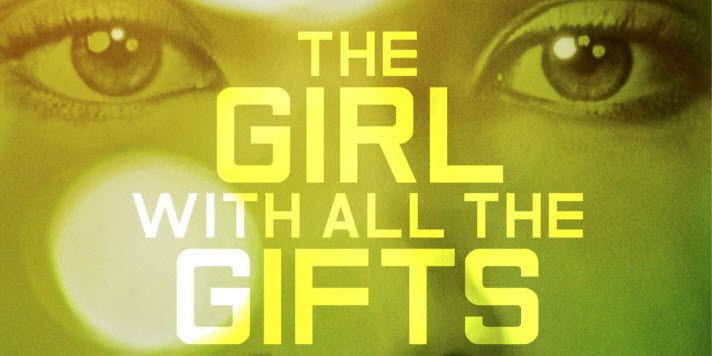 Camille’s feature, THE GIRL WITH ALL THE GIFTS, earned her a BAFTA nomination for Outstanding Debut, as well as a win at the BIFAs for Breakthrough Producer, and an Empire Award nomination for Best British Film.

In 2014, Camille produced the second season of Endeavour for ITV, the reboot of Inspector Morse. Camille Gatin’s first feature as a co-producer, SHADOW DANCER, directed by Oscar-winning director James Marsh, was released by Paramount in the UK in summer 2012.

Prior to this Camille was Head of Development and Acquisitions at Unanimous Pictures and worked in development at Intermedia Film.

This Q & A was compered by producer, James Cotton.

A WEEK IN THE LIFE OF CAMILLE

A few weeks ago was completely different because it was the Berlin Film Festival. I was having a lot of meetings with people who were not in the UK and, for once, are in one place. It’s very convenient. I was catching up with American distributors, American financiers, German financiers and my Japanese distributor on THE GIRL WITH ALL THE GIFTS.


The Girl With All The Gifts – Official Trailer - Official Warner Bros. UK

Then I came back to the UK for 24 hours to go to the BAFTAs, which was surreal. Then I went straight back to Berlin, where you end up watching four movies a day and having eight meetings a day with various people.

I tell them about all my projects. I read a lot about each company, so I know what their tastes are and what they’re looking for. Some companies only really want to do romantic comedies or action thrillers. So you do your research beforehand, and you pitch the projects on your slate that you think they’ll like.

You then go to a lot of screenings. What’s great about Berlin is that it’s well organised. If you follow the schedule, you can watch up to six movies a day. They’re usually world premieres. Sometimes they’re films that will never get distribution in the UK. It’s an exciting way of encountering new talent.

So, I saw GOD’S OWN COUNTRY, which was the only big British film at Sundance. It was really special to see it with a European audience and see their reaction. The audience was a mix of industry and the general public. I also familiarised myself with Francis Lee’s work of which I knew nothing about.

As a producer, I’m always on the lookout for remake rights, so if there’s a really interesting Hungarian film with an interesting concept, I want to be there to catch up with that producer.

We’re preparing for our next film at the moment and our German sound mixer had a great contact for that specific project, who happens to be in Berlin for the festival. Next thing you know, they’re reading the script, and now we’re making a movie together. That’s really the purpose of places like Berlin – you can just make connections, face-to-face. Nothing beats face-to-face.

Berlin is not a typical week, but there are a few of those every year. Berlin, Cannes and Toronto are the big three, and then there’s the London Film Festival as well. I probably wouldn’t miss any of them unless I was shooting and unable to travel.

I’ve been doing this for quite a while, but as we don’t know what will be happening over the next few years, it’s important to widen your network by finding other producers and other financiers.

I’m currently doing my very first co-development with a German producer, and he’s brilliant. I’ve seen a couple of his films, and I’m really excited. We’re making a movie by a British female writer-director from Suffolk, set in Venice with a German financier. That’s a first for me.

That is what is so exciting about my job. Every day is different. Every project is different, and you’re just meeting people all the time.

If you enjoyed this Insider Interview, why not check out another with Emily Leo?