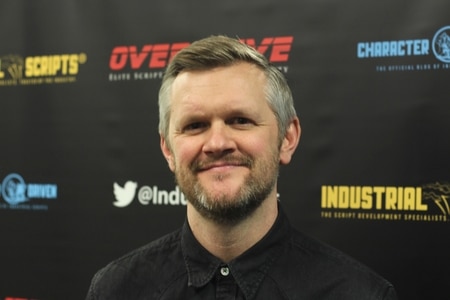 Ben Roberts is the Director of the BFI Film Fund, meaning he’s responsible for overseeing the BFI’s Lottery investments in film development, production and distribution, along with the BFI’s international activities.

Before the BFI he worked at the independent UK distributor Metrodome, as CEO of Protagonist Pictures, and at Universal Pictures International.

To start with, can you give us a general overview of what the BFI Film Fund is and what a week in your life looks like?

The BFI is the lead body for film. We’re the government’s eyes and ears on the film industry. We’re a charity and we have some Royal Charter commitments. We look after the National Film and Television Archive. Our broad remit is to promote the art of film, television and the moving image.

About six years ago, the BFI took on the lottery distribution role from the UK Film Council, so we’re also now the lottery distributor for film. That’s specifically my job. We’re unlike the two public service broadcast bodies, Film4 and BBC Films, in that we’re not a commissioner. We’re an open access funder.

What that means is that you have to apply to us for funding. If you go to us online, you’ll find an application portal and guidelines and lots of information about how to apply. If you go to BBC Films or Film4, you won’t.

There are pros and cons to that. The pro is that, and you’ll have to take my word for this, it’s very even-handed. We look at everything. We’ve got a process, it smacks of bureaucracy but actually it’s really good. We publish what we’re looking for, we talk about our cultural funding objectives, and we look at applications every week.

The downside for us is that if we really like somebody, we can’t just give them some money. That’s a positive and a negative, but you have to go through processes of applying. We’re a little more restricted than Film4 and BBC Films. But we are a bigger fund, so there are more opportunities for us to fund.

There genuinely isn’t an average week, because my job is slightly bigger than the lottery job, because I sit on the executive board of the BFI as well.

Every week we have editorial meetings. We have one for development and we have one for production. They’re normally 2 to 3 hours long, and we look at all of the applications that have come in that week and have conversations about projects that are gathering some kind of head of steam.

We also talk about projects that we are supporting at various stages, and invariably the challenges that are emerging in some of them.

Generally, we’re in a five-year strategic plan, which included a lot of new ideas and new initiatives, so we’re in a process of designing and delivering and communicating and sorting all that stuff.

I should add, we’re also currently in discussion with DCMS, which is our government sponsor department [Department for Digital, Culture, Media & Sport], over a television fund which will launch next year. We’re constantly in a process of doing or designing something.

On average, how many scripts or pitches do you get in a week?

I’d say we generally get around a dozen new production applications a week. Our first job is to figure out which of those are just speculative and which are on a particular path, and same again in development.

We support around 20 to 25 feature films for production every year, and around 100 or so for development…

If you enjoyed this article, why not check out our interview with British film director Oliver Parker?