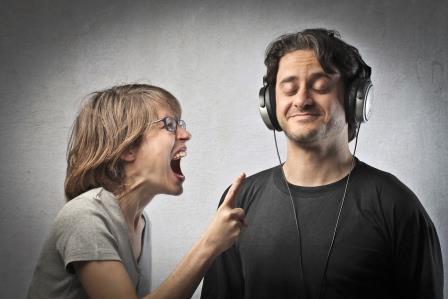 You’re no stranger to getting advice if you’re a writer. Thousands of books, hundreds of films, and even entire college majors have been dedicated to the art of honing the English language. As a result, there are bound to be some bits of writing advice that come into debate.

While some words of wisdom may be helpful to one person, they can simultaneously be completely useless to another. Here are 5 of the most controversial snippets of writing advice that you might want to discount entirely.

1. Write What You Know

Jonathan Nolan, the writer of MEMENTO, famously hates this advice. In an interview with the WGA, he said:

“I think “write what you know” is the least useful maxim for writers. It’s nonsense. You should write whatever you want, and I tend to write out of a more science fiction or more slightly heightened arena. Even if you go back to Memento, which was based on a short story I wrote, we used the psychological condition to create a slightly heightened reality, a way to explore reality that’s a little different.”

Nolan makes a great point. If people only wrote what they knew, would we have HARRY POTTER or SAW? Definitely not. If you have a personal experience that would make a great story, by all means write about it. On the other hand, you shouldn’t deprive the world of a TV show about a time-traveling doctor just because you haven’t witnessed something similar yourself.

Everybody has different schedules. That applies to writing, as well. If churning out words is your profession, then of course you’ll have to write on a daily basis. But what if you’re a doctor? For many, sitting down at your laptop for some leisurely writing every day is just unrealistic and heaping pressure on yourself to do so won’t necessarily aid the process.

As Cal Newport, author of four books and the Study Hacks blog, states:

“The problem for the would-be writer is that the brain does not necessarily distinguish between your vague and abstract goal, to write a novel, and the accompanying specific plan, to write every day, which you’re using to accomplish this goal.

When the specific plan fails, the resulting lack of motivation infects the general goal as well, and your writing project flounders.”

Instead, Newport argues for a freestyle writing process, which puts less pressure on the author and makes the experience more enjoyable. After all, we can’t all pull a Stephen Hawking and write 1,000 words per day.

At first, this adage seems useful for writers. Everyone wants their writing to sound natural and be easily understandable. Yet, if you think more deeply about the advice, you’ll realize that the average person doesn’t talk in a way that merits any authority. In other words, you wouldn’t trust an article that sounds like it was written by the guy who pumps your gas. Instead, do what Taylor Lindstrom from Men With Pens suggests:

“Write the way you talk – if you can speak persuasively, eloquently, and clearly.”

4. Write Like No One Is Going to Read It

Whoever came up with this advice has some seriously high levels of motivation. One of the most important pieces of advice that I received during school was to write for my audience. “Write like no one is going to read it” ensures that your work isn’t aimed towards anyone and, as a result, has no clear voice or goal.

Instead of writing like your words will never reach the light of day, write like someone you care very much about is going to read it.

Virginia Woolf famously said in her seminal feminist text, A Room of One’s Own,

A woman must have money and a room of her own if she is to write fiction.

This rule might have been true in Woolf’s era, when it was seen as improper for a woman to express her feelings on paper. Times, however, have changed.

We all live in a busy world where space is tight, rents are high, and it’s almost impossible to find a moment alone– not exactly Wolf’s ideal writing conditions. If an aspiring author in the 21st century waited until they had their own writing space, they would never finish a single page.

Forget any notions that you have of writing a novel or script in an isolated cabin in the woods. Instead, take out a notebook in your neighborhood Starbucks and get cracking.

If you enjoyed this article, why not check out our article containing 10 Types of Scene that Work Onscreen but Not on the Page?

– What did you think of this article? Share it, Like it, give it a rating, and let us know your favorite cases of Hollywood bad behaviour in the comments box further down…