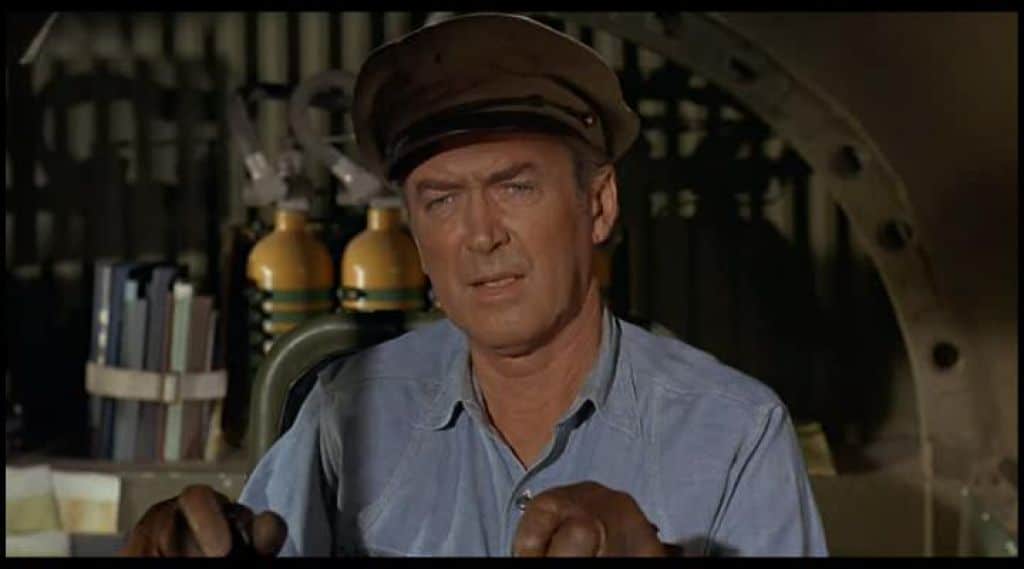 Unheralded Scene: THE FLIGHT OF THE PHOENIX (1965)

The plot: American pilot Frank Towns (Stewart) and British navigator Lew (Attenborough) command a cargo plane loaded with oil workers and army soldiers, which crash lands in the depths of the Sahara. Blown too far off course to be found by rescuers, and with supplies for only a week or two at best, German airplane engineer Dorfmann (Kruger) hatches a crazy plan to resurrect a new craft from the wreckage – a phoenix from the flames – and fly out to safety. With seemingly no other hope, the disparate team rally around Dorfmann’s scheme… 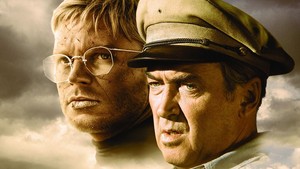 The scene: With men lost to the elements, supplies low and illness rife after a torturous build, the escape plan is reaching the critical stage before the big do-or-die moment of take-off or crash-and-burn. As Towns, Lew and Dorfmann shelter from the blistering sun, Towns peruses a brochure of Dorfmann’s airplane company. Sure, he’s heard of them – they do a fantastic line in model aircraft – but what about the big stuff? Dorfmann drops the bombshell on them – he’s an engineer of model aircraft, the biggest one with a two metre wingspan – but he assures them that “of course, the principles are the same”. Stuck in the desert, close to death, their only hope might be an illusion…

Why it’s unheralded: One of the great cinema twists, it’s much less flashy than the THE SIXTH SENSE, FIGHT CLUB or THE CRYING GAME’s line of show-stoppers. Though THE FLIGHT OF THE PHOENIX picked up a cult following and found a new audience with TV repeats – it was a commercial bomb on initial release.

Why it’s great: The new information makes you quickly trace back over the entire film – and as Lew notes, Dorfmann never lied to them. The audience, just like the characters in THE FLIGHT OF THE PHOENIX, were taken in by a non-deception. The scene is beautifully underplayed, no histrionics, accusations or fits of rage – just the breathing room to let the impact of the twist land. The twist raises a major new dilemma – whether or not to trust Dorfmann’s theory, and risk the morale of the men by exposing the lie. Past, present and future all expertly handled in a major escalation which resonates with a visual theme of the desert locale – misleading mirages.

If you enjoyed this article, why not check out our Unheralded Scene: CHARLIE WILSON’S WAR (2007)?